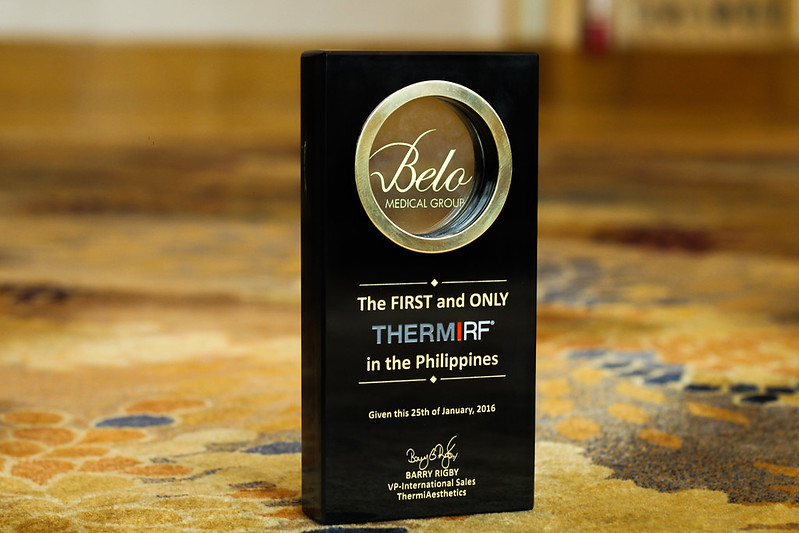 Belo Medical Group is proud to be the first and only to introduce the next big thing in aesthetic anti–aging trend. Known to be in the forefront of technological breakthroughs in dermatology Dr. Vicki Belo does it again. From the first ever skin laser in 1990, introducing Botox to bringing Picosure last year, the maven of a Doctor now brings The Thermilift : the real non surgical facelift.

Many machines have claimed to be able to do non-surgical facelifts but only the thermilift can substantiate its claim. Most of the other machines work only to the level of the skin, unfortunately, in order to truly create a facelift we need to affect the different layers of the face : skin, fat and muscle.

Unlike other machines that only treats the top layer of the skin and cannot penetrate the deeper layers Thermilift is an injectable RF (radio frequency). The very first and only machine that enters the skin through a thin probe. With this they can target the level of tissue they want to focus on. It can target the wrinkles on the skin, can also melt the fat on the jowling. It can also address the muscle that becomes sagging and long through time causes a double chin.

Sadly all the other machines don’t work well on the neck. While the Thermilift can melt fat and tighten it like no other machines before it can. This machine is the first FDA cleared aesthetic device that employs temperature controlled RF. Also perfect for Asian skin because there is no cutting of the skin therefore no scars. 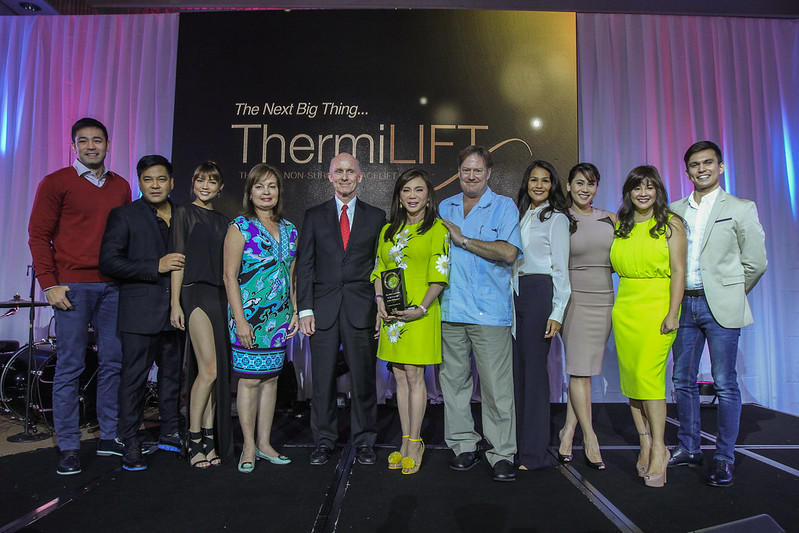 First and only available in Belo Medical Group. Formally launched in the Philippines January 25, 2016 at the Rizal Ballroom of the Makati Shangrila.

WHAT ARE THE BENEFITS OF THERMILIFT?
Since ThermiLIFT is directly applied under the skin, it effectively heats the target areas, causing contraction (shrinking), tightening and lifting of the skin. The science behind it is skin collagen gets stimulated, which then reorganizes and tightens when heated up to a temperature of about 50-60C. This leads to the tightening of the skin as elasticity improves with new collagen formation. In addition, a minimal amount of stubborn fat deposits in the treatment area are melted away and the liquefied fat is then excreted out of the body naturally. The combination of skin tightening though improved skin elasticity and the reduction of fat in the treated area is what gives patients great results with minimal downtime, which improve over time.

HOW DOES IT WORK?
It is described to be a “micro-invasive” procedure since it involves the use of a micro-fine needle probe inserted beneath the skin. This allows the delivery of the required thermal (radiofrequency) energy to the target area. It further uses a revolutionary Thermal Image Guidance?, which allows physicians to monitor actual epidermal skin temperatures to ensure precision of the heating effect while maintaining safe skin temperatures.

HOW LONG DOES THE THERMILIFT PROCEDURE TAKE?
Approximately 1-3hours

AM I A CANDIDATE FOR THERMILIFT?
It is ideal for people with sagging or loose skin. 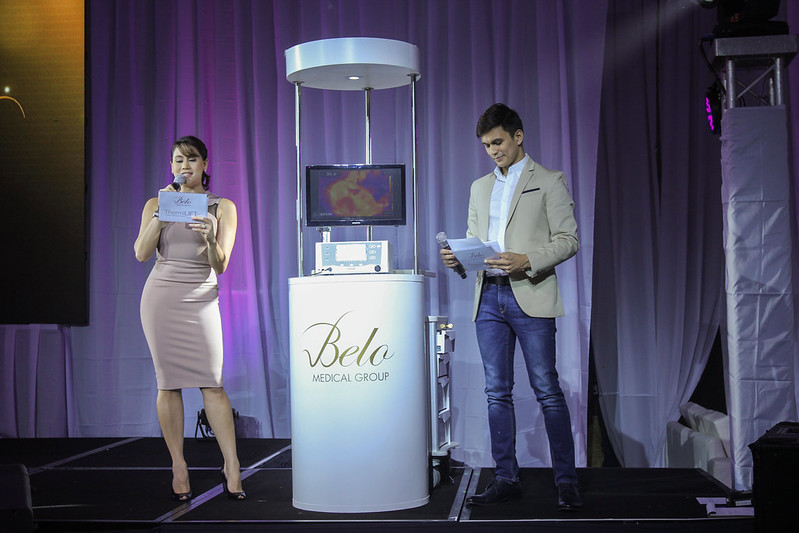 The launch was hosted by Cristalle Belo Henares and actor Tom Rodriguez. 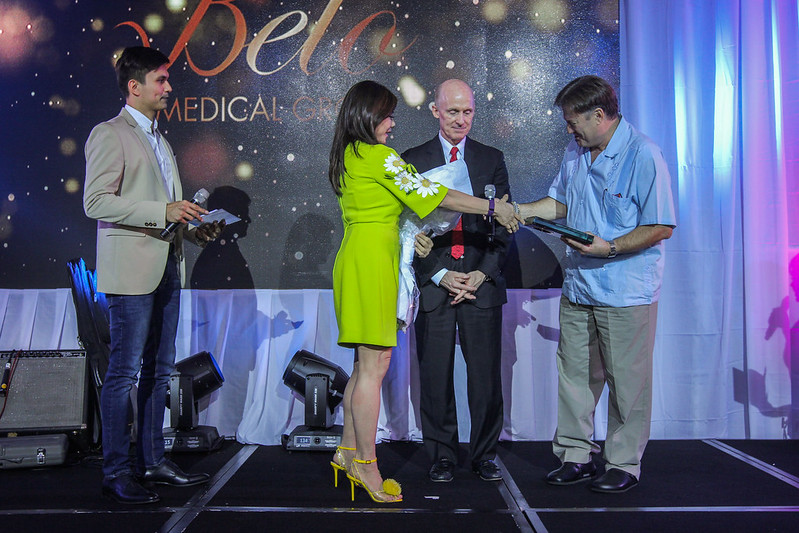 Highlighting Dr Vicki Belo’s passion for innovation is an award presented by Barry Rigby, VP for International Sales of Thermi Aesthetics, as the country’s first and only beauty clinic to have the revolutionary treatment, Thermilift. 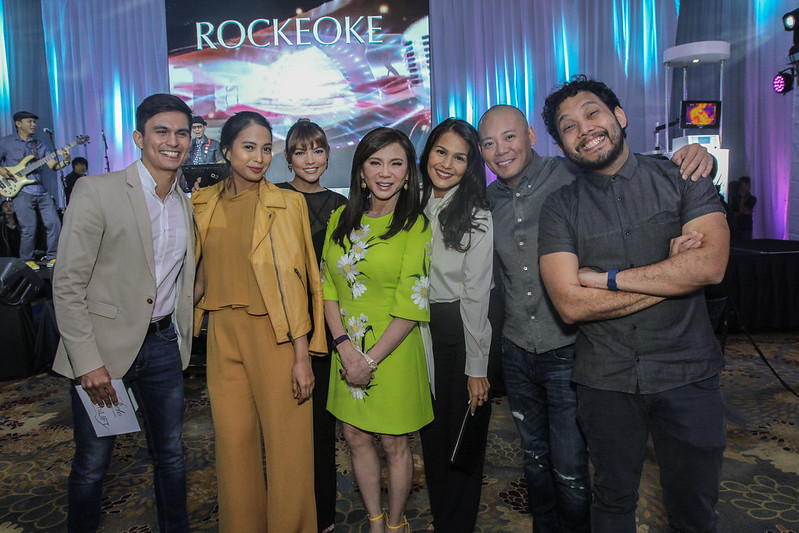 Dr Vicki Belo was also celebrating her birthday that day. In photo with Belo Babies and her own baby, Quark Henares (far right).

I am back to writing. But in a very slow way. I started this post over two weeks ago. And now January is almost over.

So because of the lack of stories from 2015, I spent time and dug up photos and stories about the year that was. I’m including moments big and small, random and deliberate, work and personal, travel and home. That was the year I met a member of the British royal family and a Prime Minister. I went up the Himalayas and down under in New Zealand. And we squeezed in a one month stay in Toronto. After writing, I realized that for a year that was totally unplanned, I had done so much. I put my trust in God completely. That was the year I just allowed Him to surprise me. And the blessings just came. Grateful.

Here goes… this is going to be a long one. 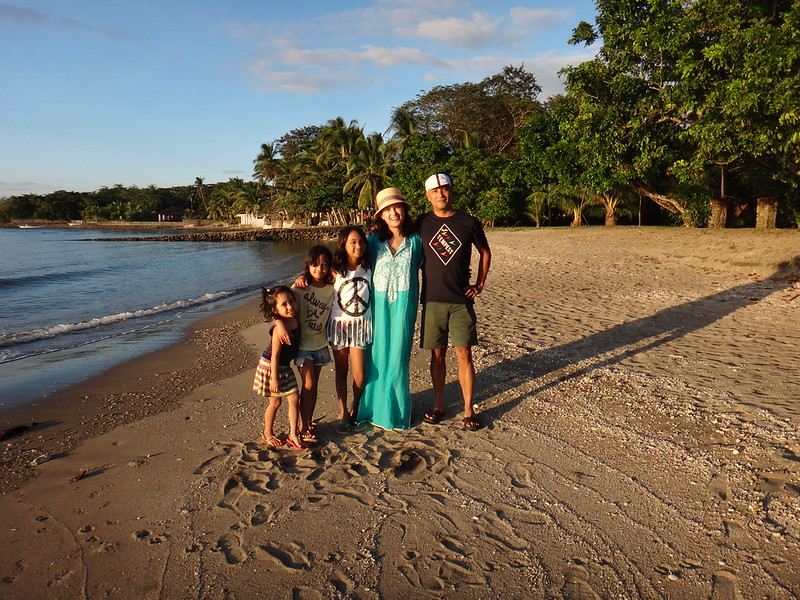 We started 2015 in our favourite beach. 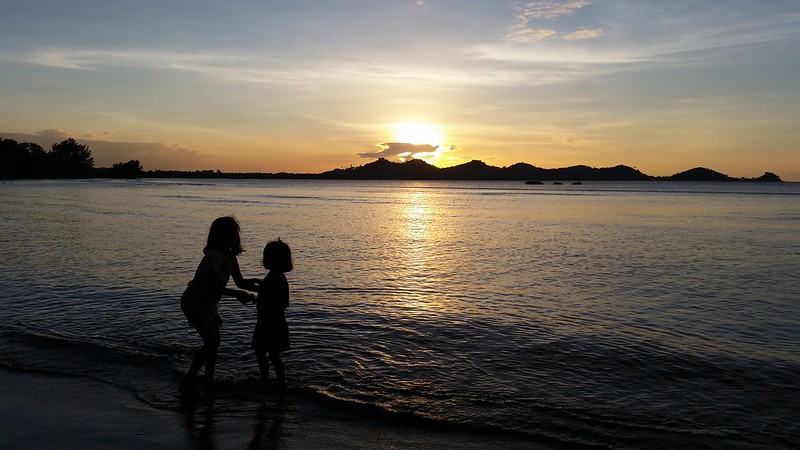 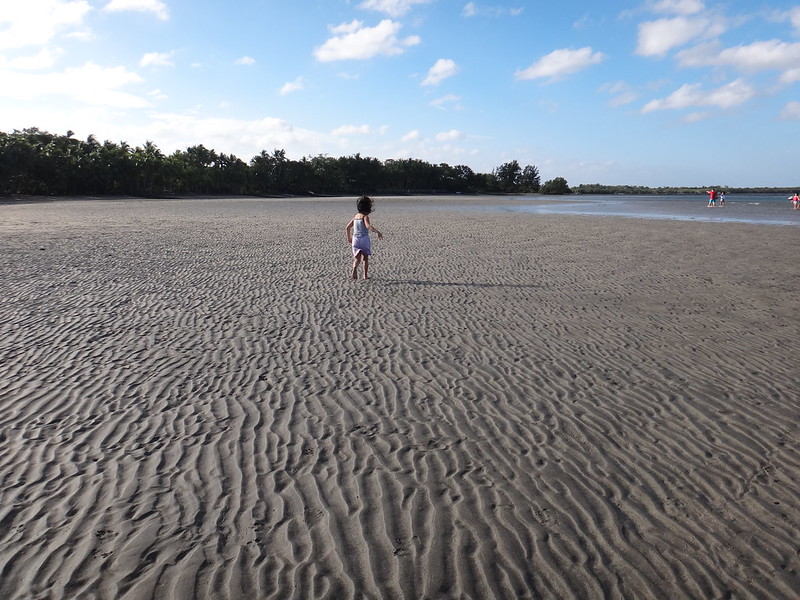 I remember when Stella was so tiny and we still had to carry her through the sand bar. 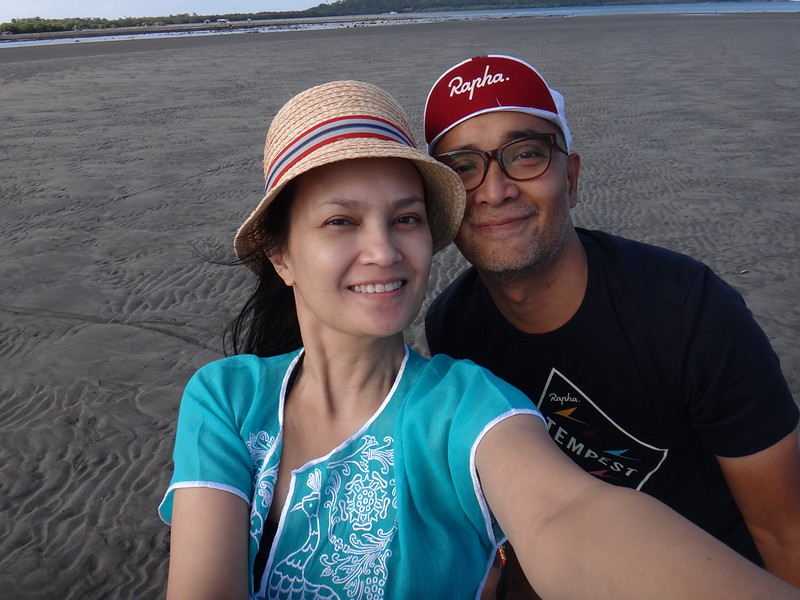 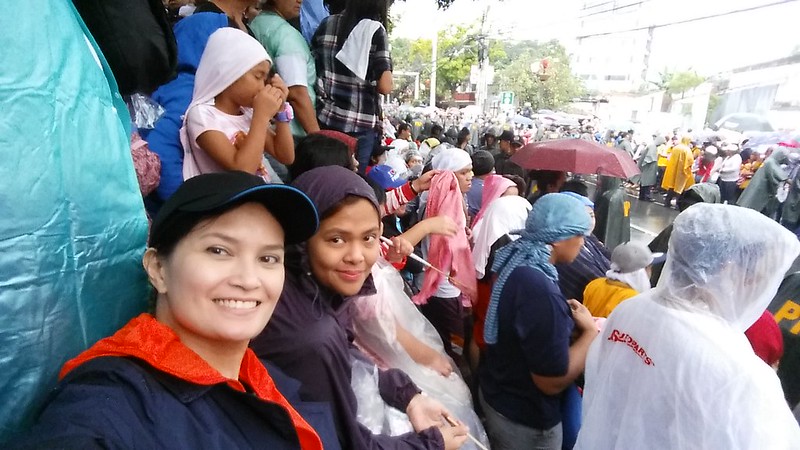 During the second week of 2015, Pope Francis visited the Philippines. I sat in the rain for 5 hours with my cousins and waited to have a glimpse of Pope Francis. It was exhilarating. And experience I will never forget. 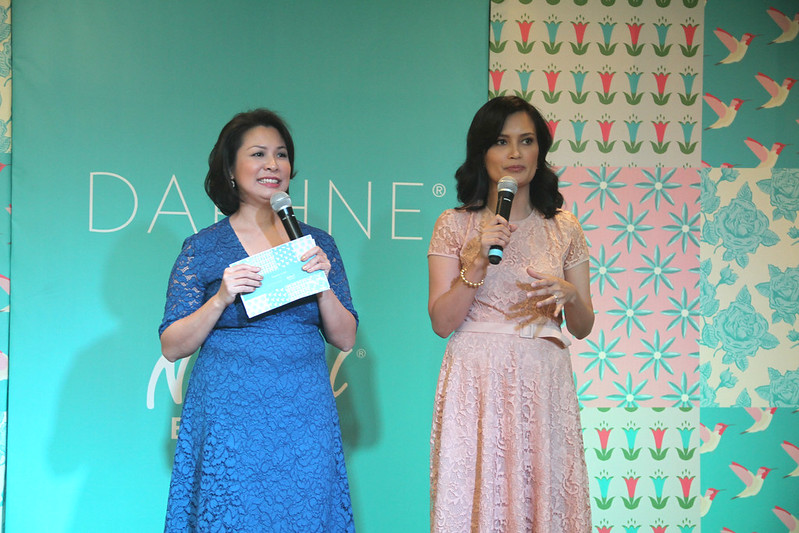 The Launch of DAPHNE & National Book Store stationery line happened on the third week of January. I am ever so grateful for the trust that Xandra Ramos Padilla has for my brand. This was a dream come true. 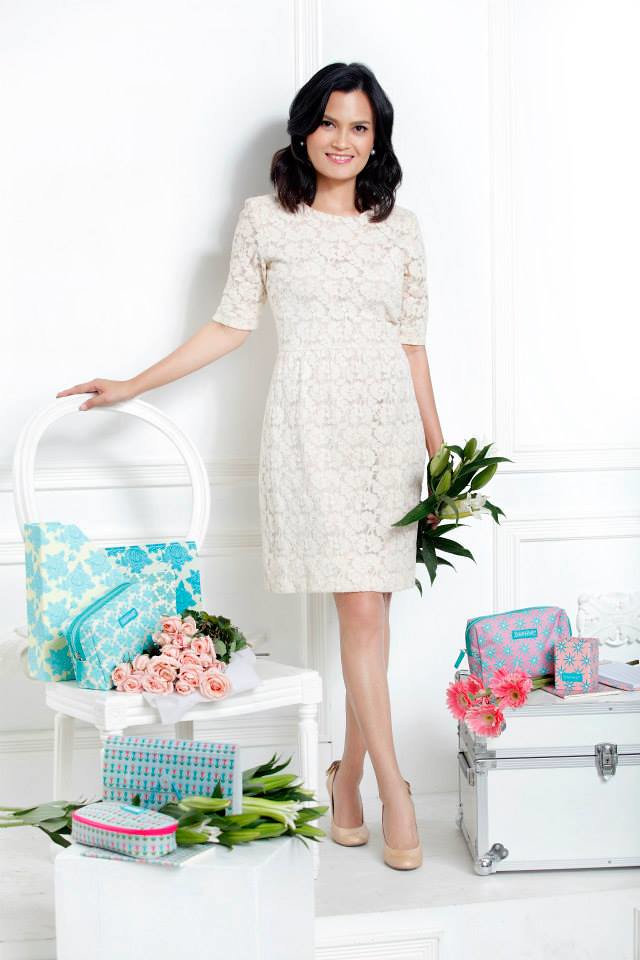 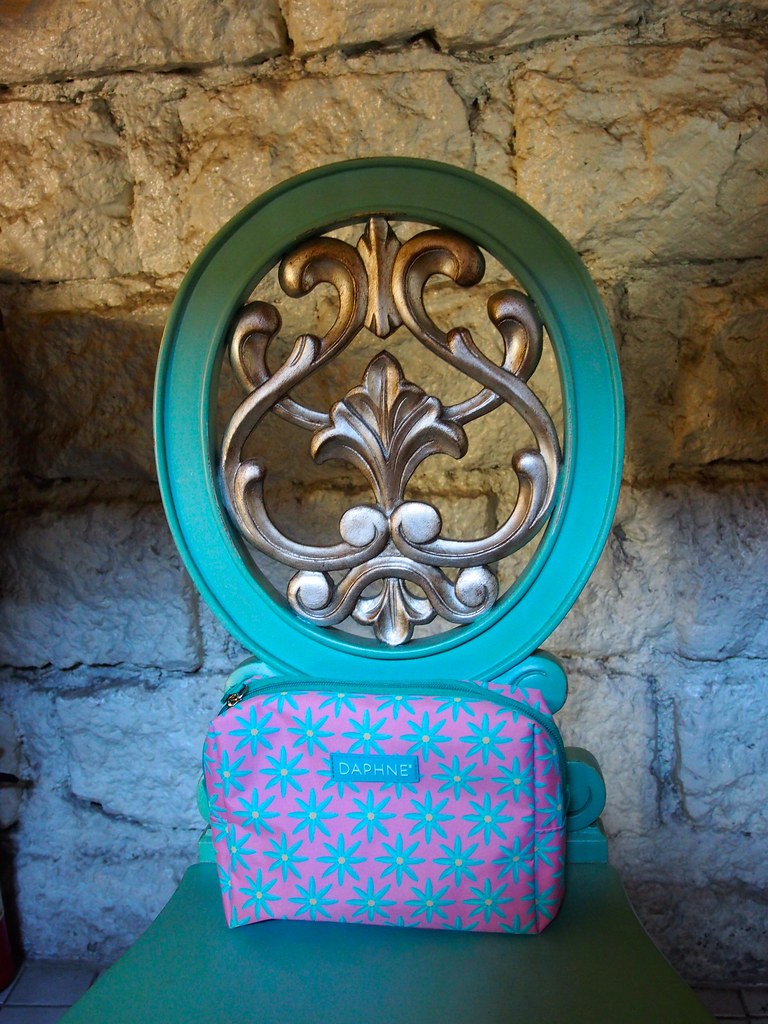 These pouches sold out real fast. This is the daisy (Margarita) print. I just love seeing my products together… in my home. 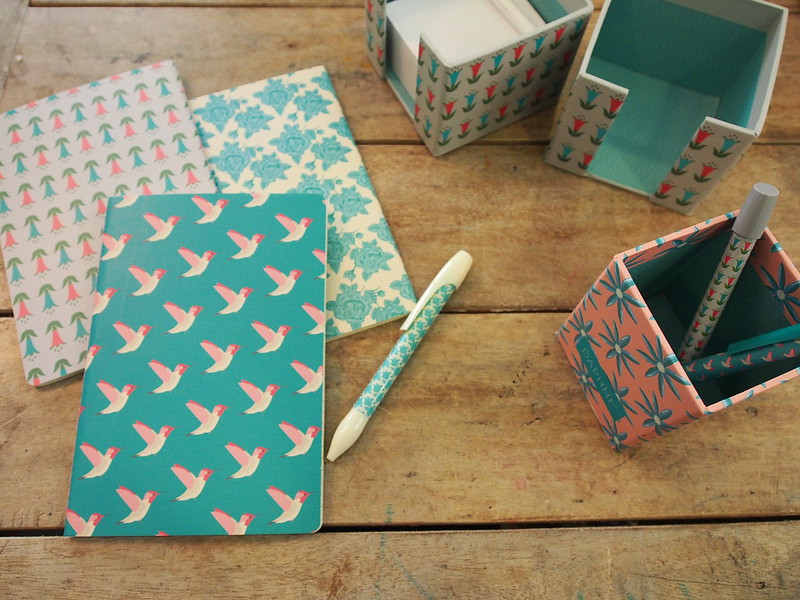 For the DAPHNE® & NBS products we took inspiration from my daughters’ names – the rose, the lily and the daisy. Isabel Gatuslao worked on the prints for me. We also had a hummingbird print that coincidently represents my dad – a helicopter pilot. 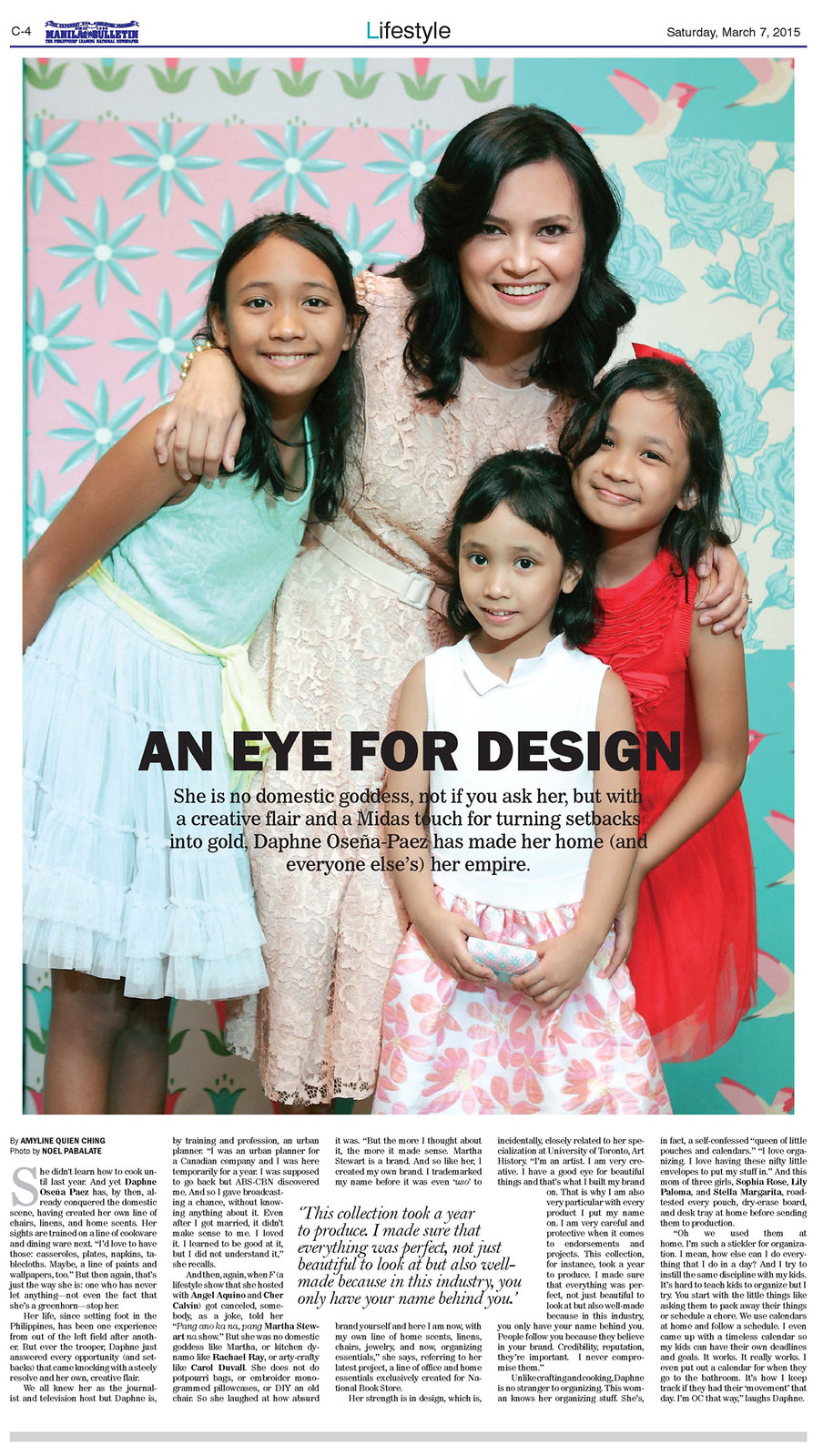 The launch was extra special because it was the first time I brought my daughters to any of my official events. And my parents were also in town then. 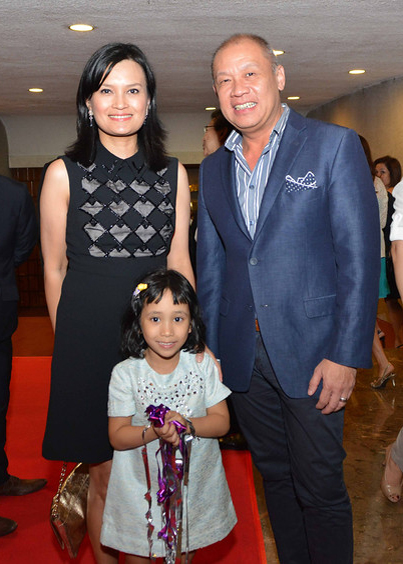 January also gave us theatre. Stella and I were invited to watch Beauty and The Beast at the CCP by Globe Business. In photo is Globe’s President and CEO, Ernest Cu. 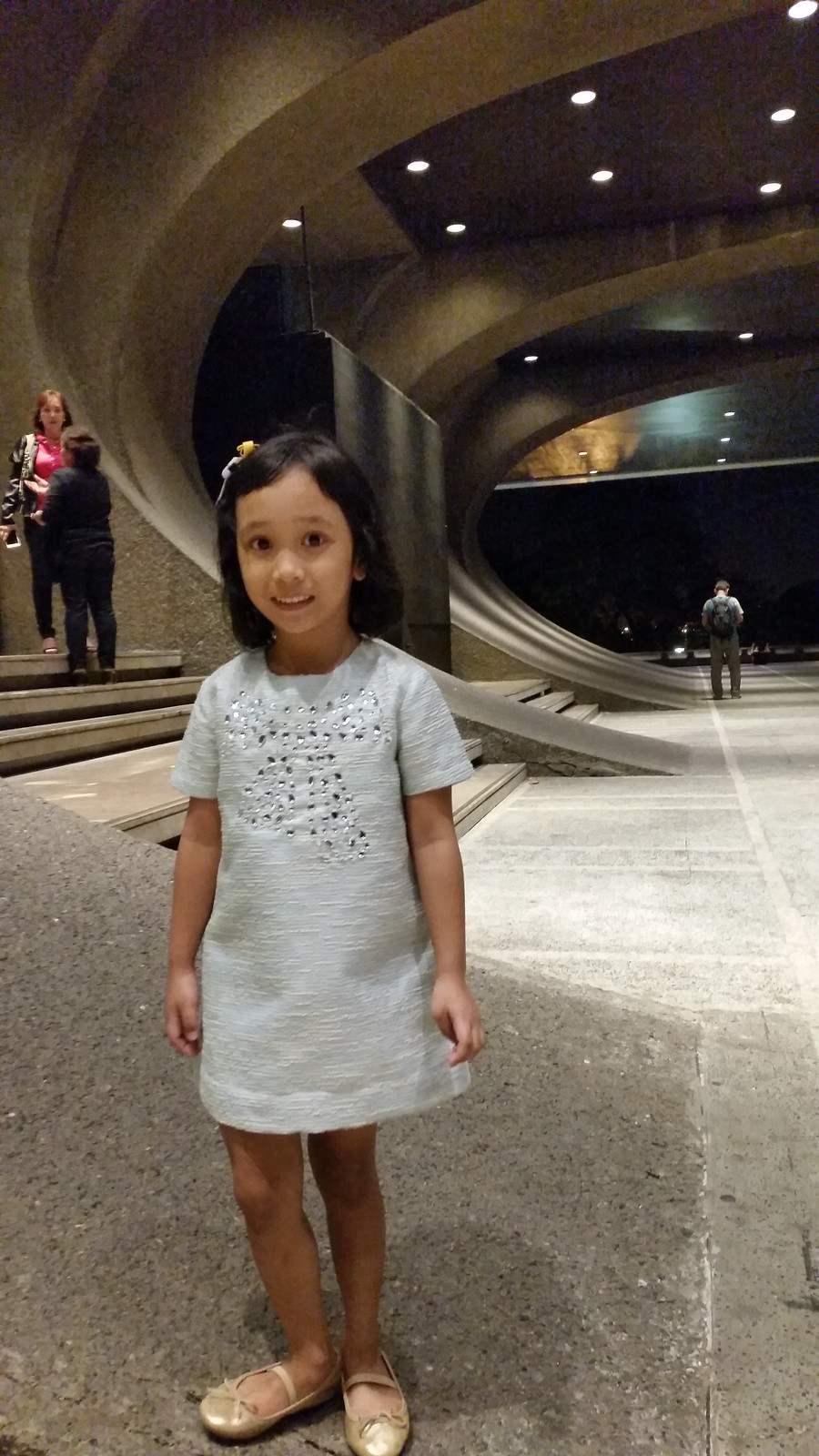 Stella enjoyed her night at the theatre. Thank you to Ron Gonzales for the invite. (She is still upset that I didn’t bring her to Wicked. She was too small then.) 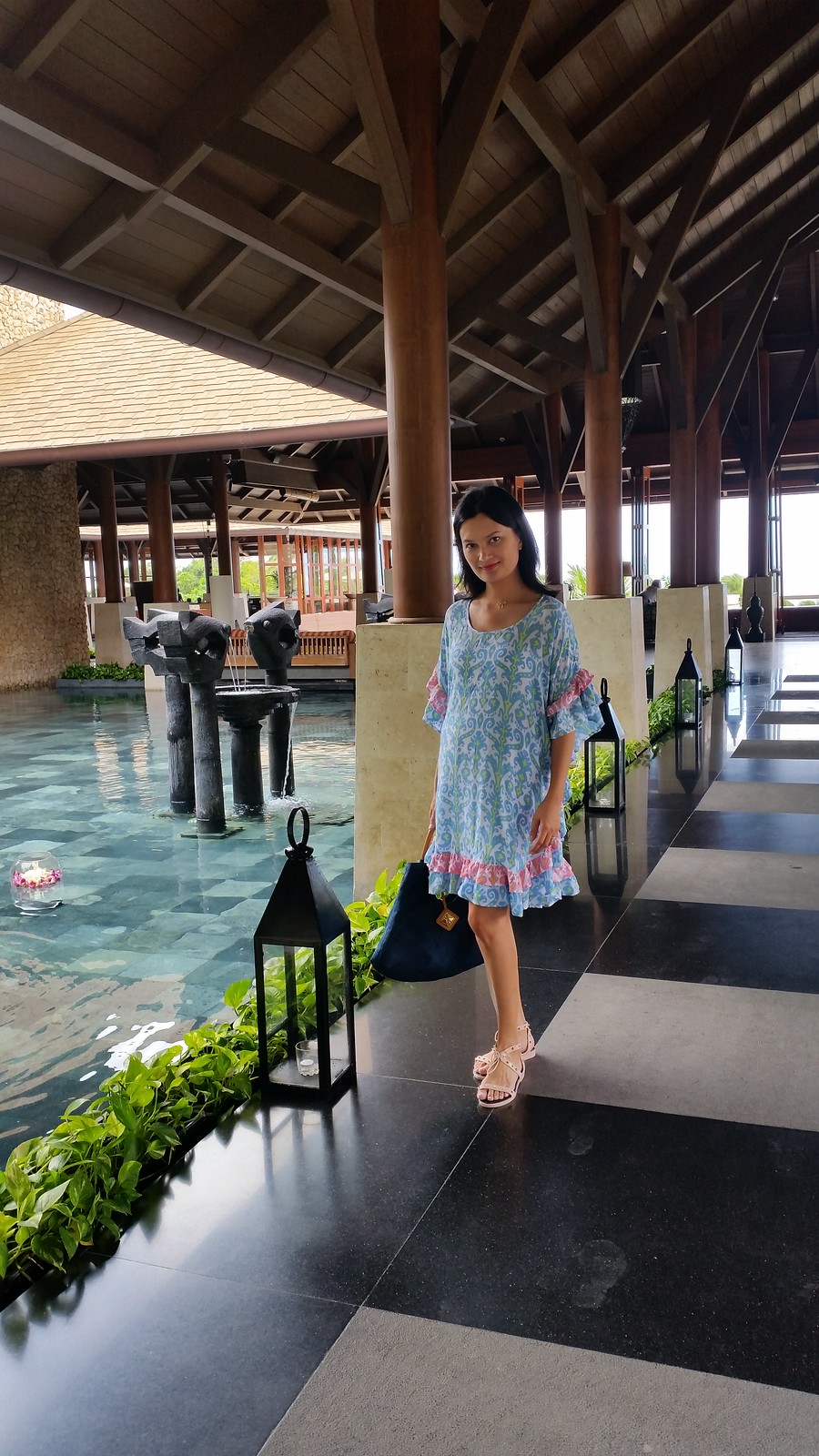 I got a couple of nights away at Shangrila Boracay with the MAC Cosmetics team. They introduced their Spring Summer 2015 collection. 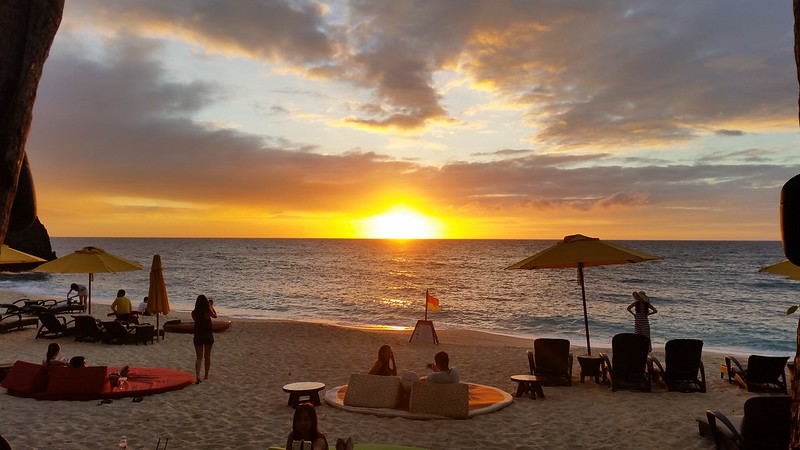 I swear, we were in Boracay for work. 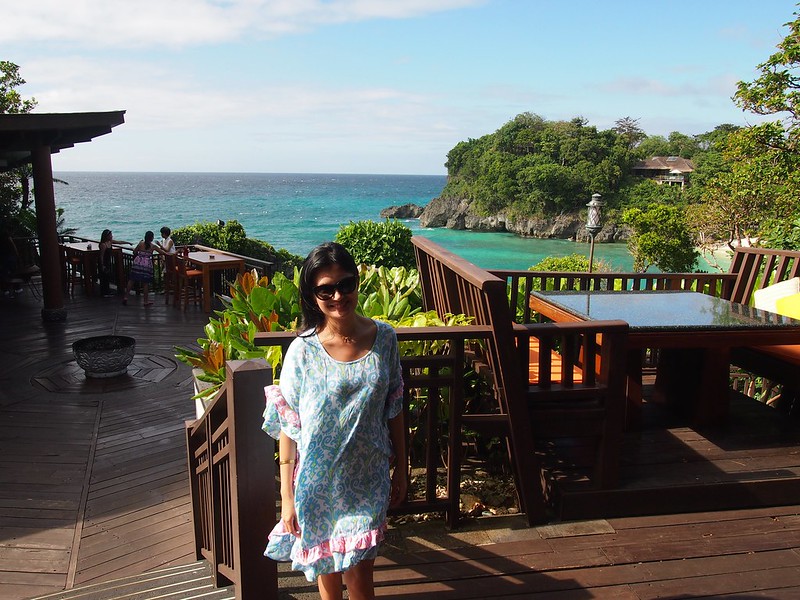 Not a bad way to do real work. Read my report here. 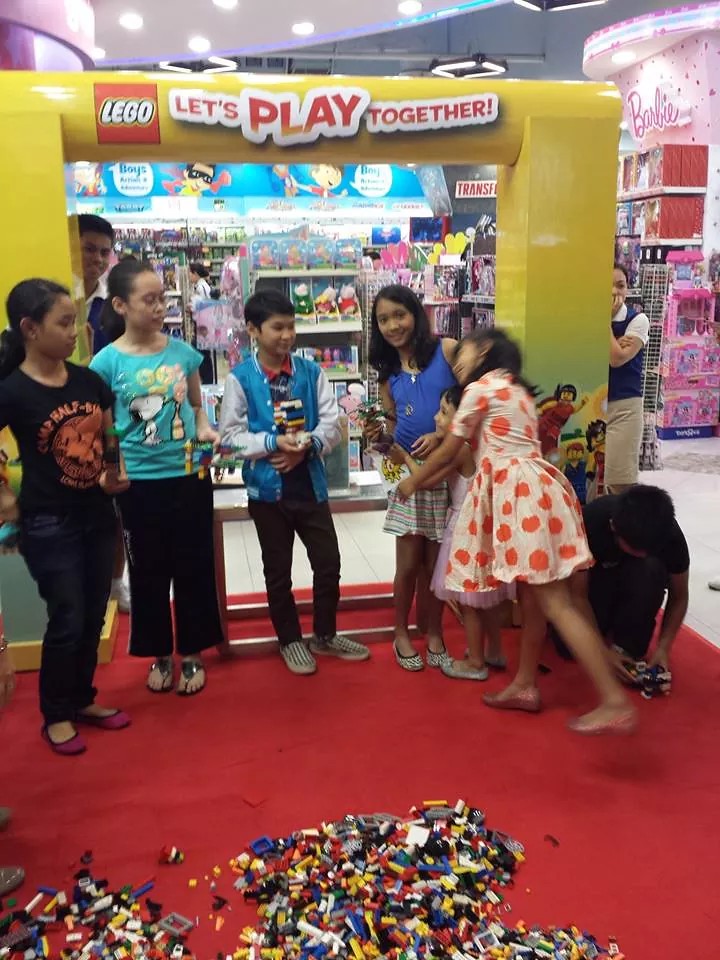 In February, Sophia joined a Lego competition in the mall. She was with my parents; we were not with her. She won first prize and came home with so many Lego sets! I’m doubly proud when the kids do things on their own initiative, with out mommy or daddy pushing them. Yay Sophia! 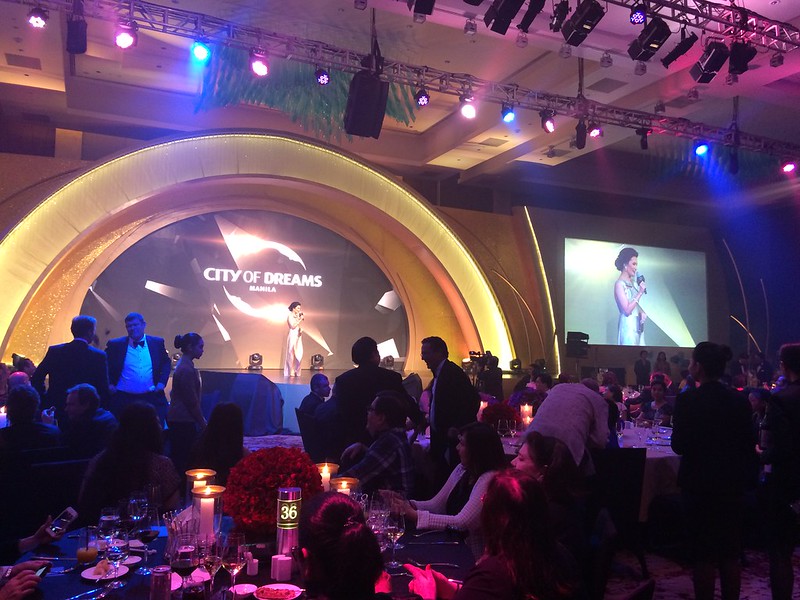 In the beginning of February, I hosted the official grand opening gala of the City of Dreams. I had been booked for this project half a year in ahead. And I was so amazed that it finally actually happened. I had the honour of saying “The doors of City of Dreams Manila are now open!” I don’t have official photos though. Haha. 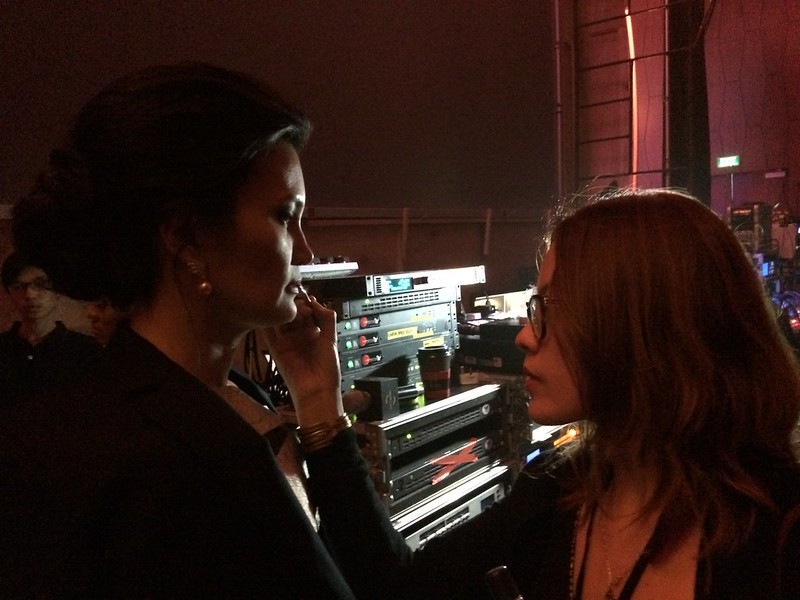 Backstage at City of Dreams gala with one of my favourite makeup artists Ria Aquino. 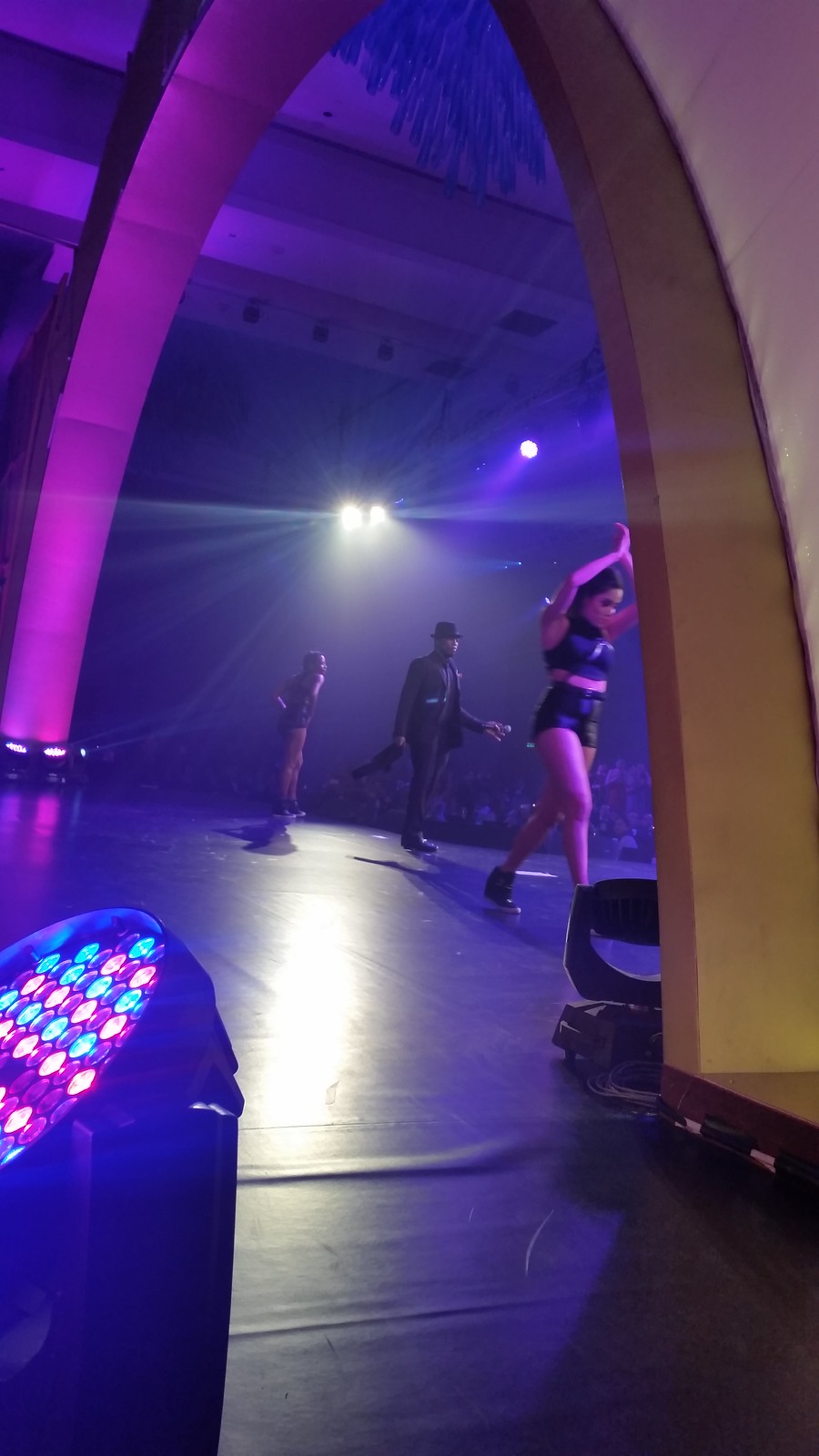 I shared the stage with Ne-Yo and Kelly Rowland. (I introduced them on stage). 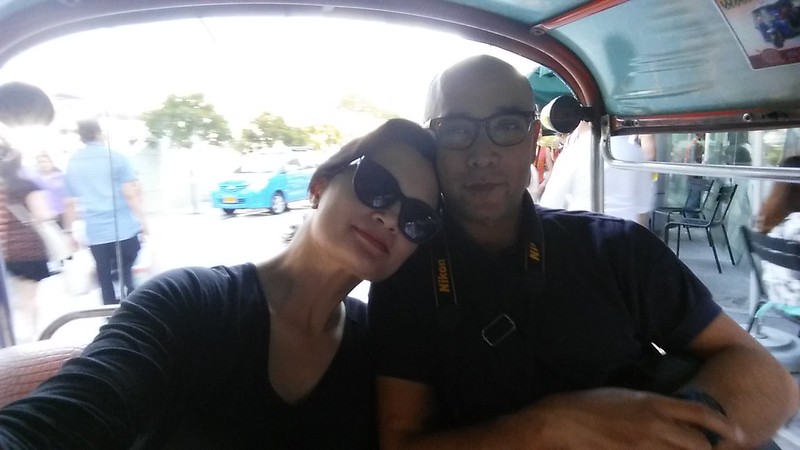 The very next day after City of Dreams launch, Patrick and I were on a plane to Bangkok to start our journey through Bhutan. Our one night in Bangkok was fun! I had never explored Bangkok before. I was always there for work. 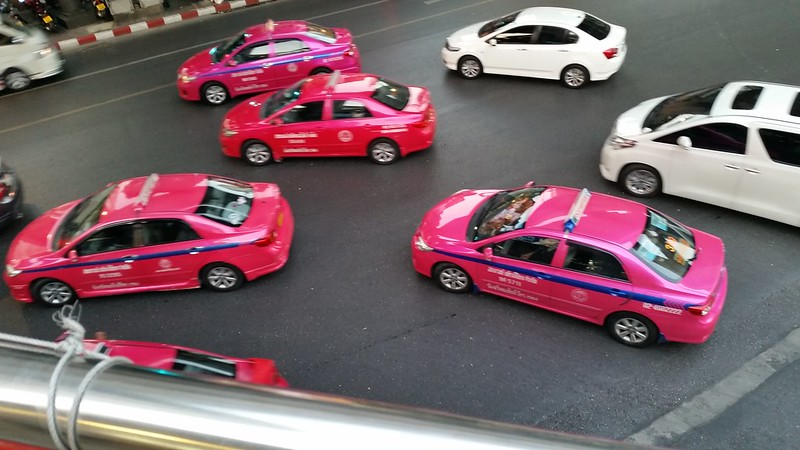 We did touristy things like ride the tuktuk and ferry boat. We went to Jim Thompson’s house, ate street food, took photos of pink taxis. We just stayed for one night and flew to Bhutan the next morning. 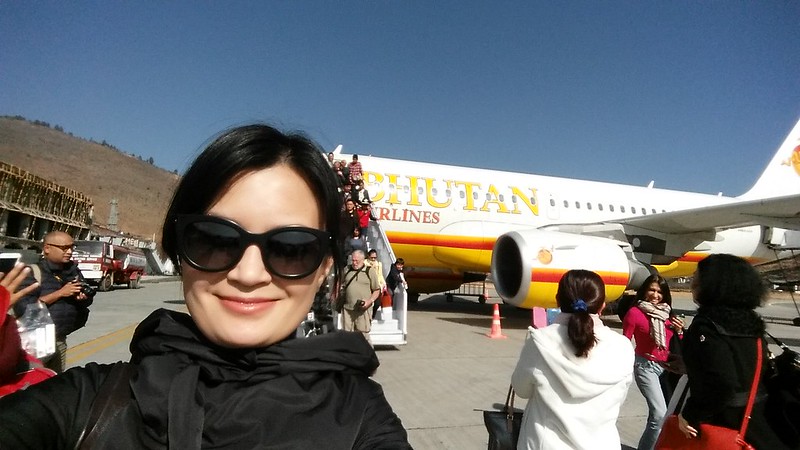 Touchdown Bhutan! It was the most exciting plane landing. If the view wasn’t spectacular, I would have flipped out. It was like a scene right out of Indiana Jones. Maneouvering through the Himalayan mountains with the view of Mt Everest out the window, and suddenly a short landing strip.