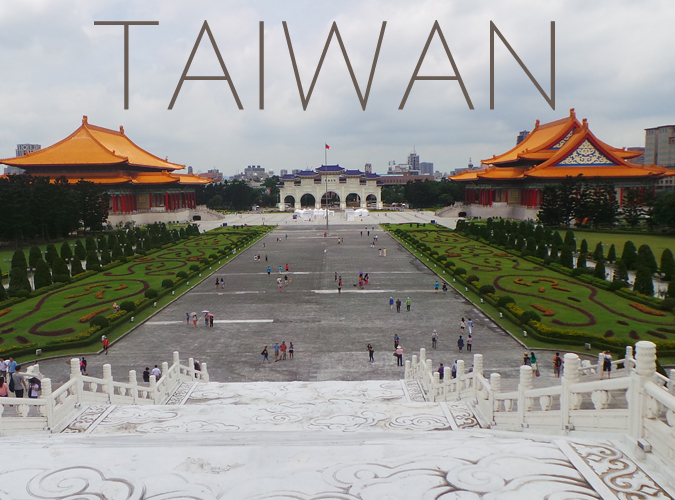 “Do you want to go to Taiwan?”

“Hmm. Can’t say it’s in the top of my travel wish list. What’s in Taiwan?”

I don’t know what I was thinking or not thinking, but wow Taiwan is such a charming place. All these years of living in the Philippines, with Taiwan being our closest neighbour in the north, and I never thought of going there? Until now, when I got an invitation from Chal Lontoc del Rosario of Jeron Travel to join their media tour to Taiwan. 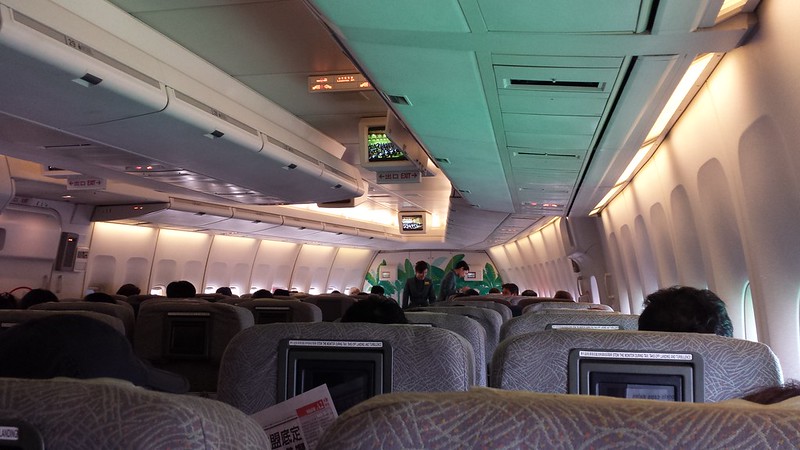 Our journey to Taipei started with Eva Air. I thought we were in business class when I saw our seats. They were wide and roomy. Turns out this was Premium Economy. Impressed! 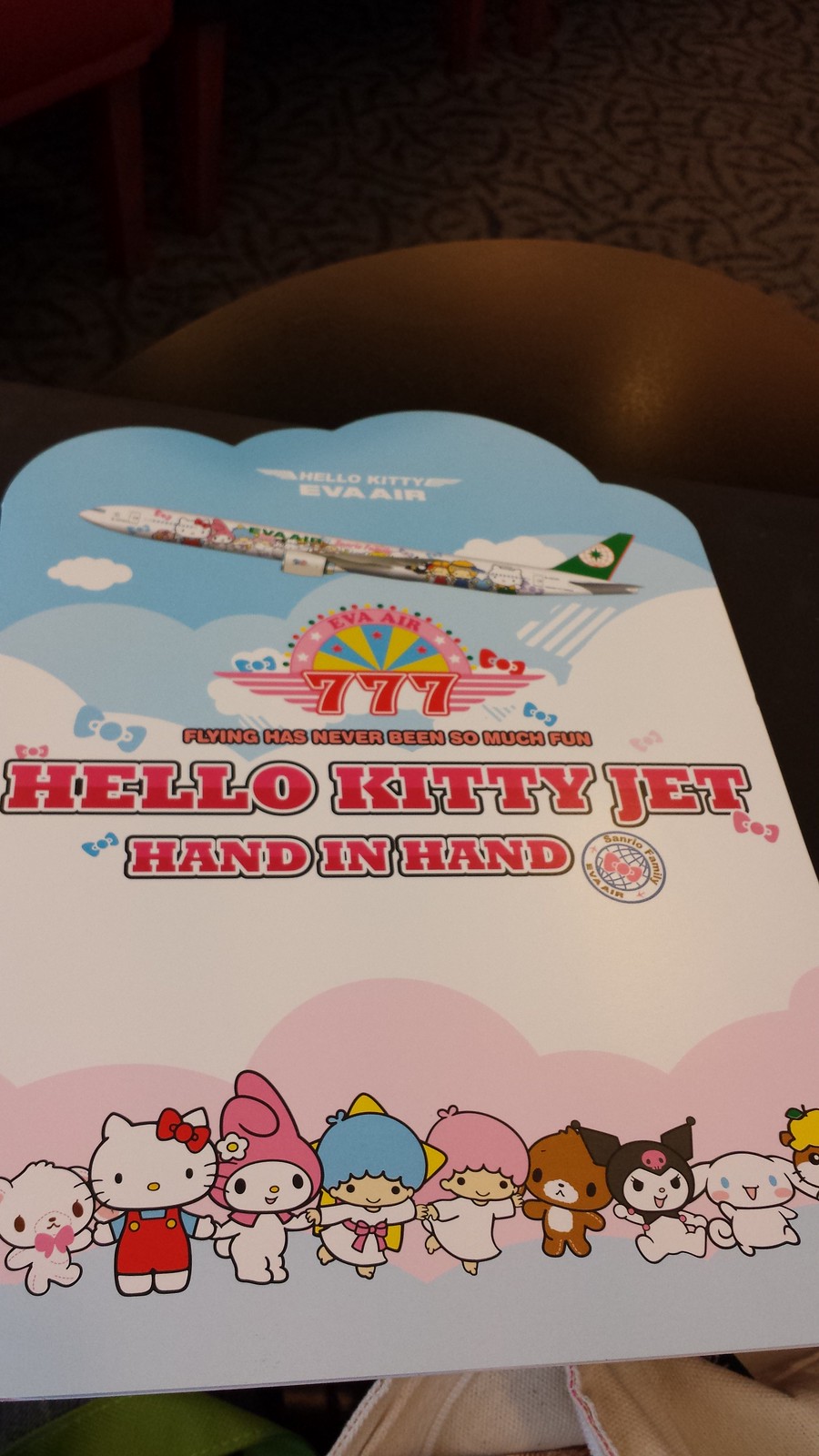 While flying I checked out their pamphlet about the EVA Air Hello Kitty Jet. 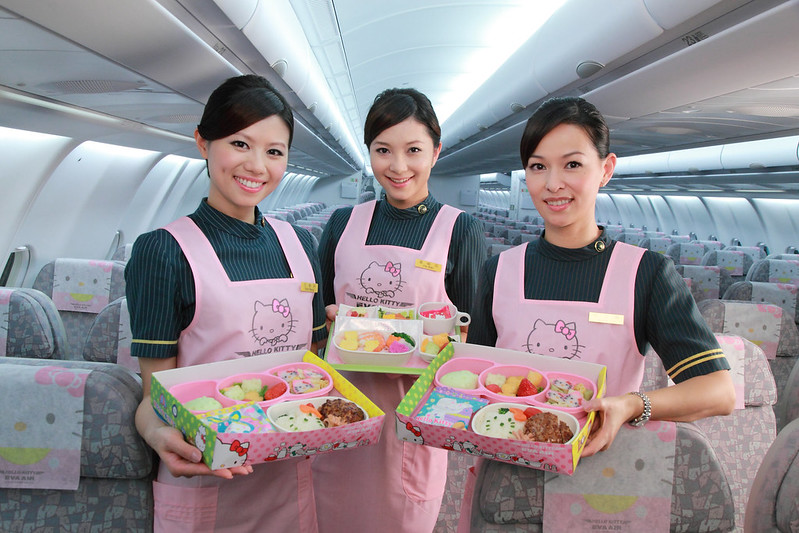 I would love to bring my girls on the EVA Air Hello Kitty Jet someday. 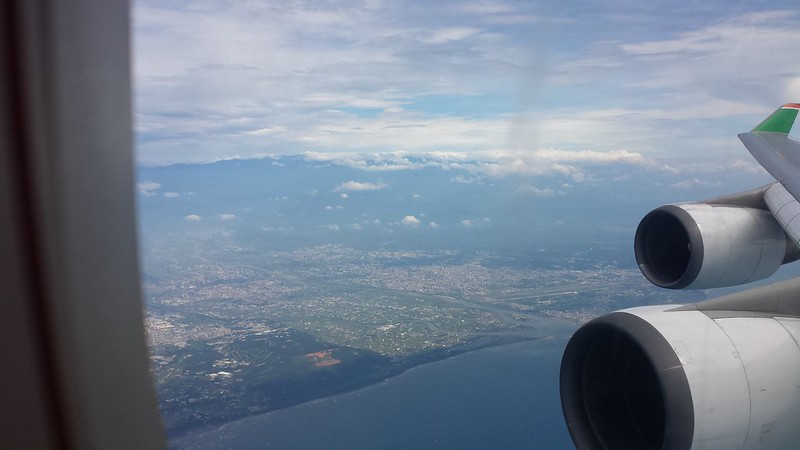 Barely two hours up in the air, we were in Taiwan! So close. 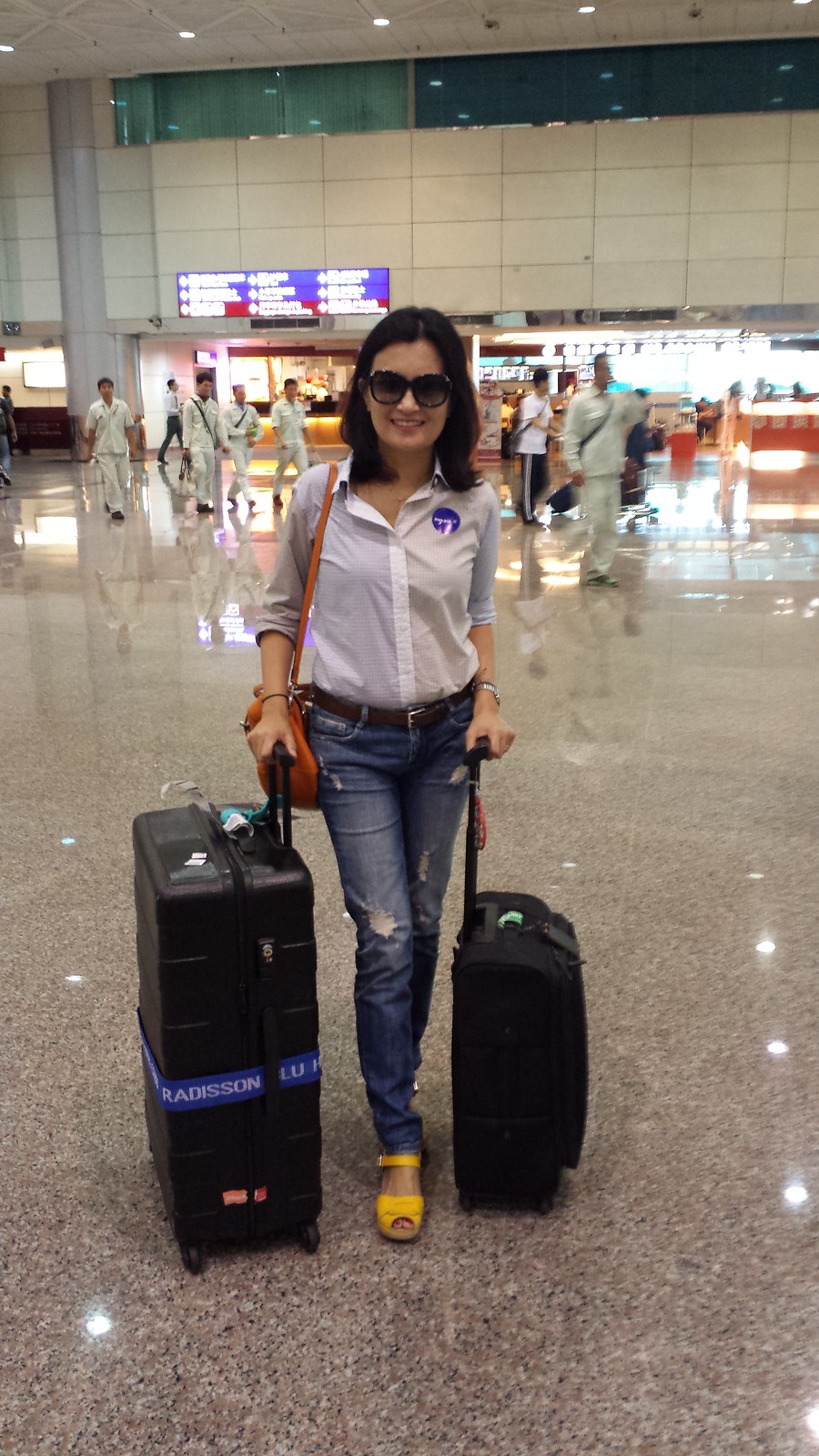 I don’t know how to travel light. Haha. This is what I bring for a three night trip. The smaller wheelie was my carry on. It was empty except for my heavy MacBook Pro and cameras. 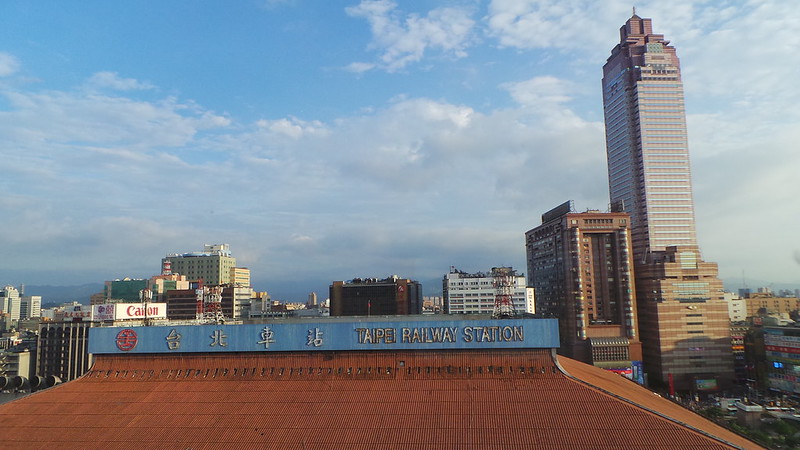 From the airport of Taipei our bus took us near the Taipei train station near our hotel. 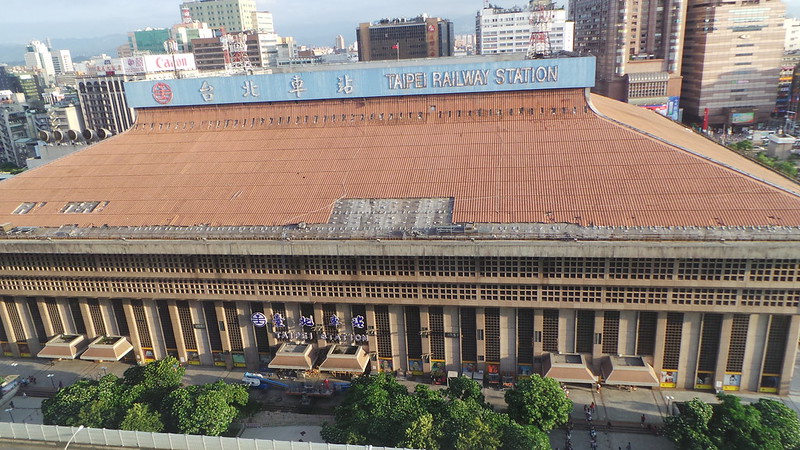 From my hotel room, this was my view. I love the layers and mix of old and new. 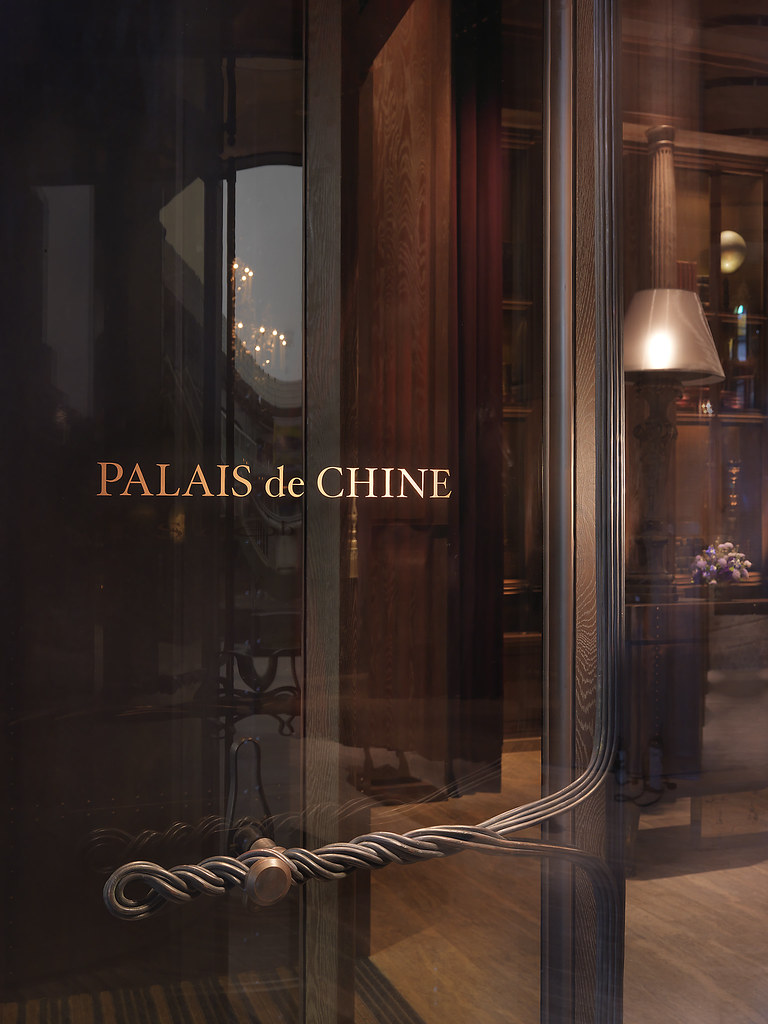 Our hotel was the very chic Palais de Chine. 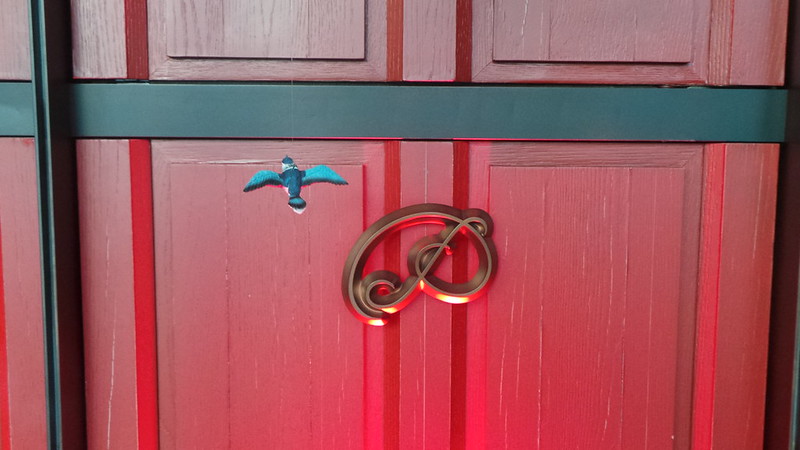 The ground floor street level display showed these red “doors” with all things symbolic in my life – the letter P for Paez and the hummingbird as a symbol of my dad (the helicopter pilot). The cursive P here of course stands for Palais de Chine. 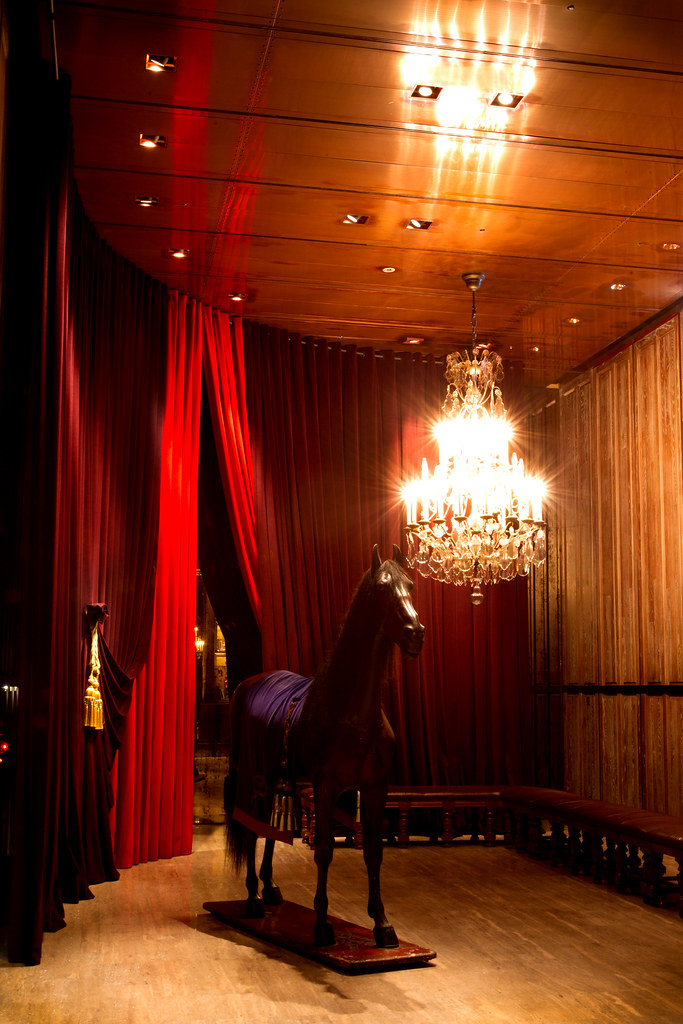 Upon entering the ground floor lobby of the Palais de Chine, we were immediately drawn into a “story” that would keep unfolding as we went up the higher floors – one about travel and exploration. This life-size wooden sculpture of a gallant horse was brought in from Paris. It is surrounded by lush, reddish-purple velvet curtains, reminiscent of a European theatre. A long leather bench surrounds the space, while a giant crystal chandelier adds drama. 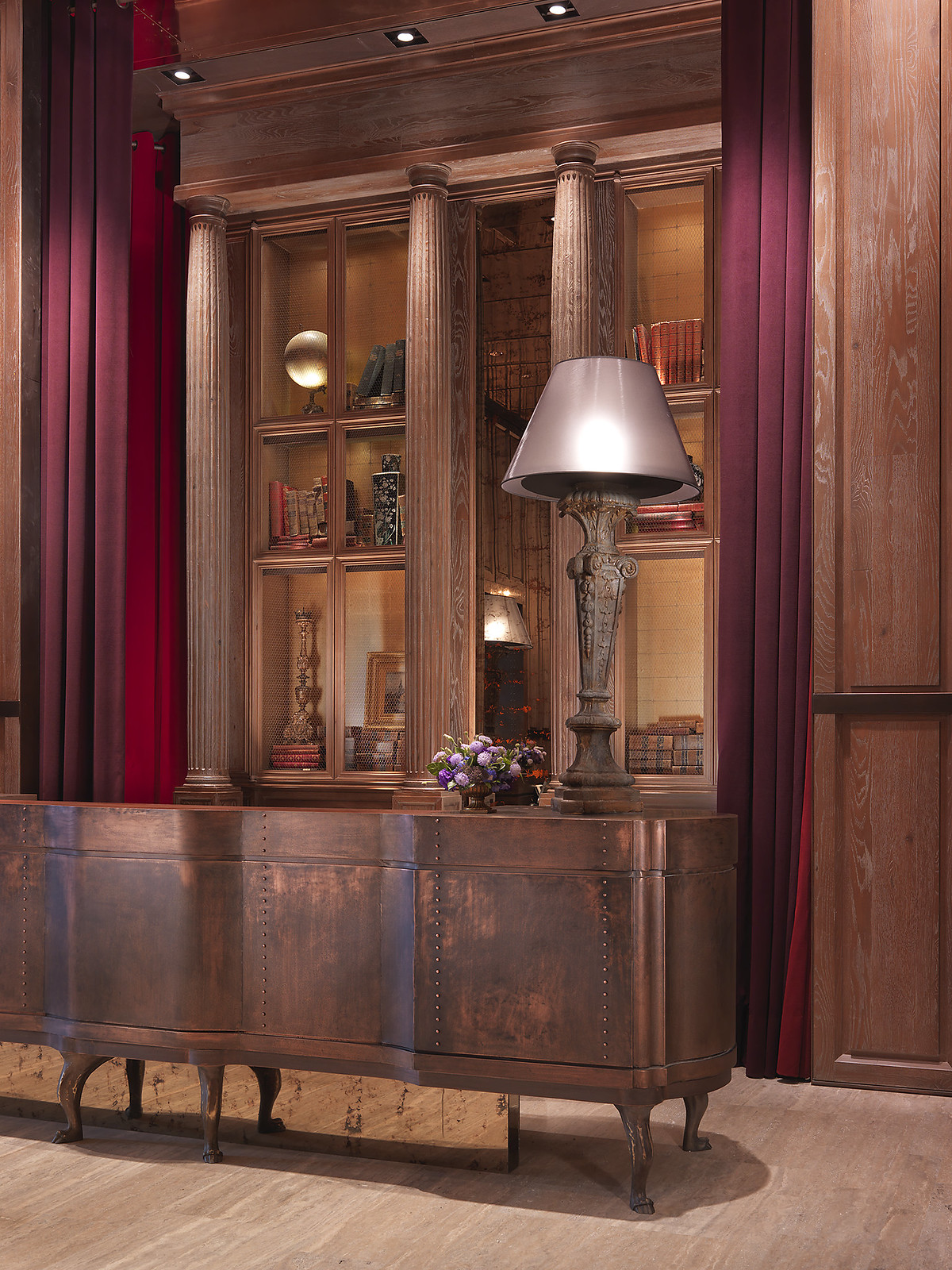 Across the wooden horse was the hotel’s concierge. In keeping with the cross-cultural theme of travel between the orient and Europe, there is a giant bookcase conveying the idea of future travels. 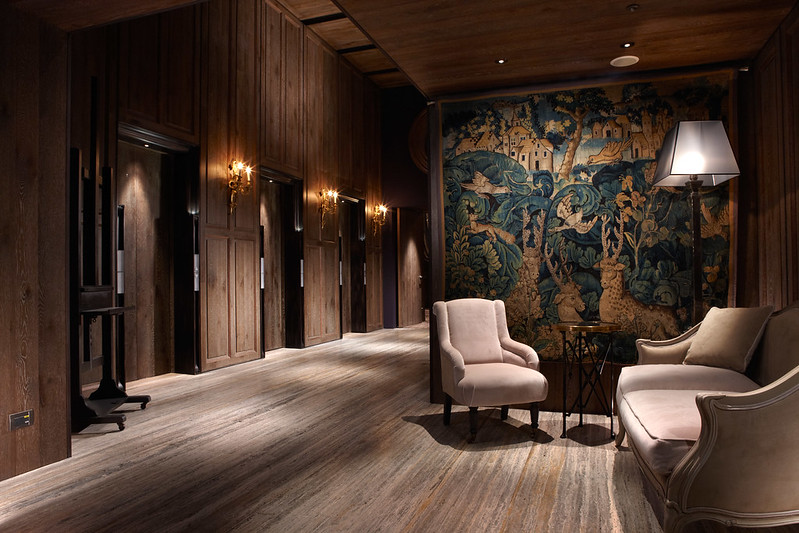 The waiting areas reflect European style decor and show antique art collections. As the name suggests, Palais de Chine is an elegant French-style hotel inspired by Parisian romanticism. It is common to see a mix of cultures in Paris, and this is what the hotel wants to convey with their mix of east-west, old-new. 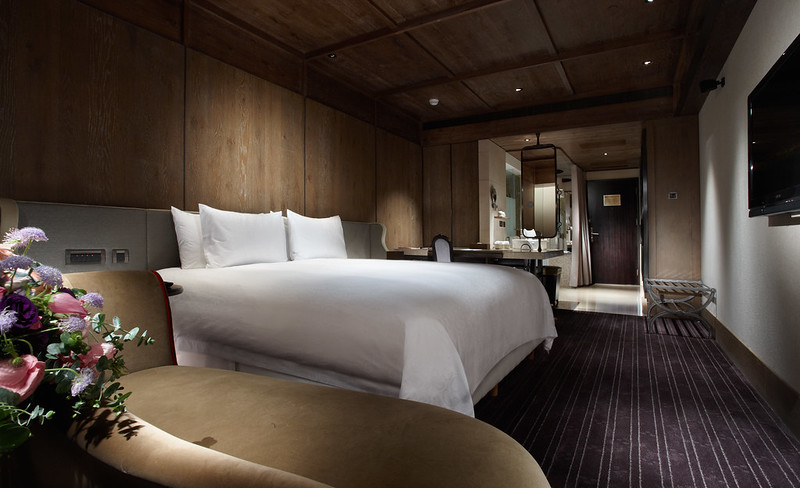 I don’t have a clean shot of my room but it resembled this. Except that I had a corner room so my bathroom was off to the side with a full view of the Taipei Train Station. This photo (and others) is from the hotel’s PR kit. This is the Executive Deluxe room where the bathroom has no walls or doors. 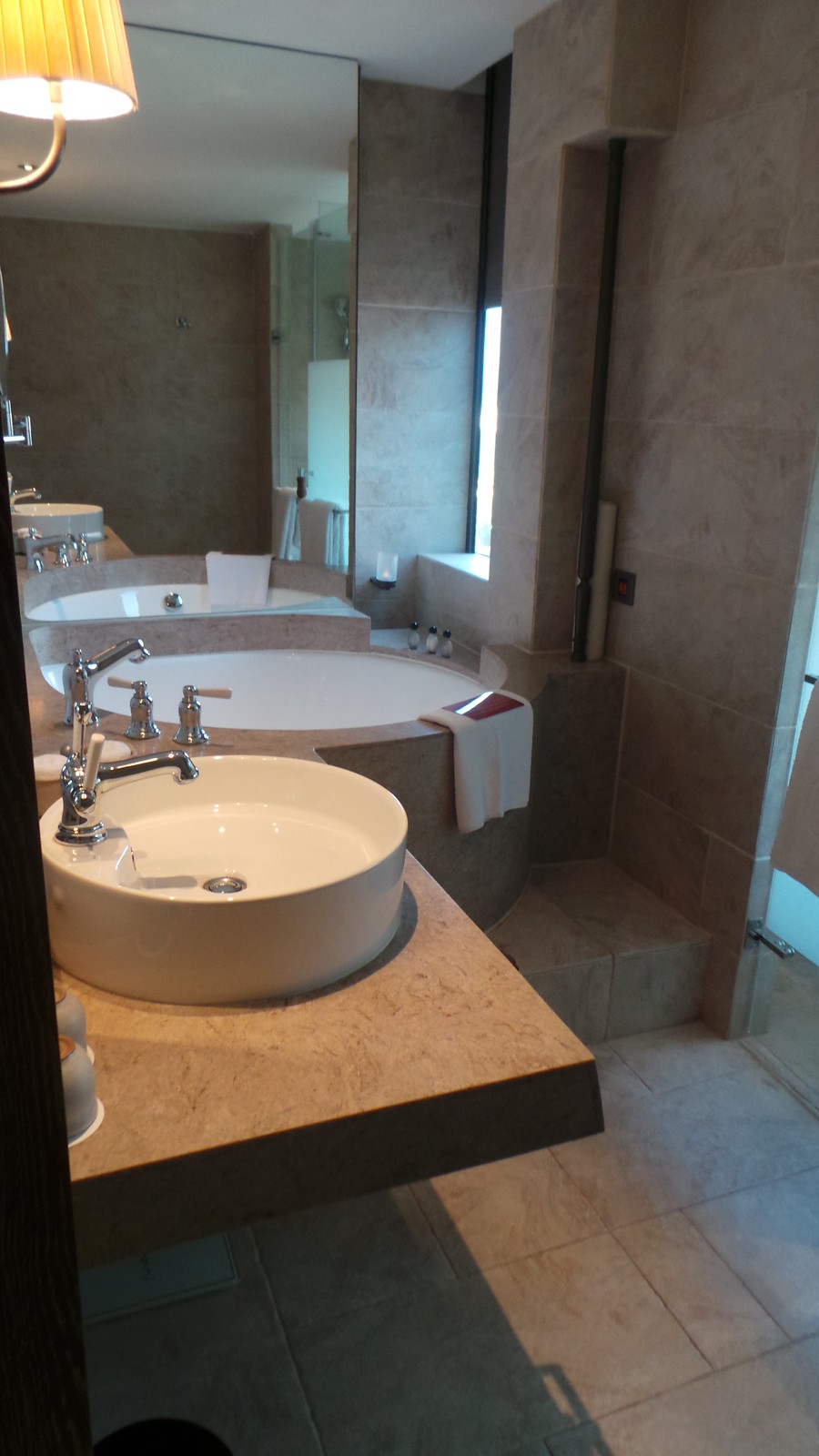 I had a corner room and this is what my bathroom looked like. 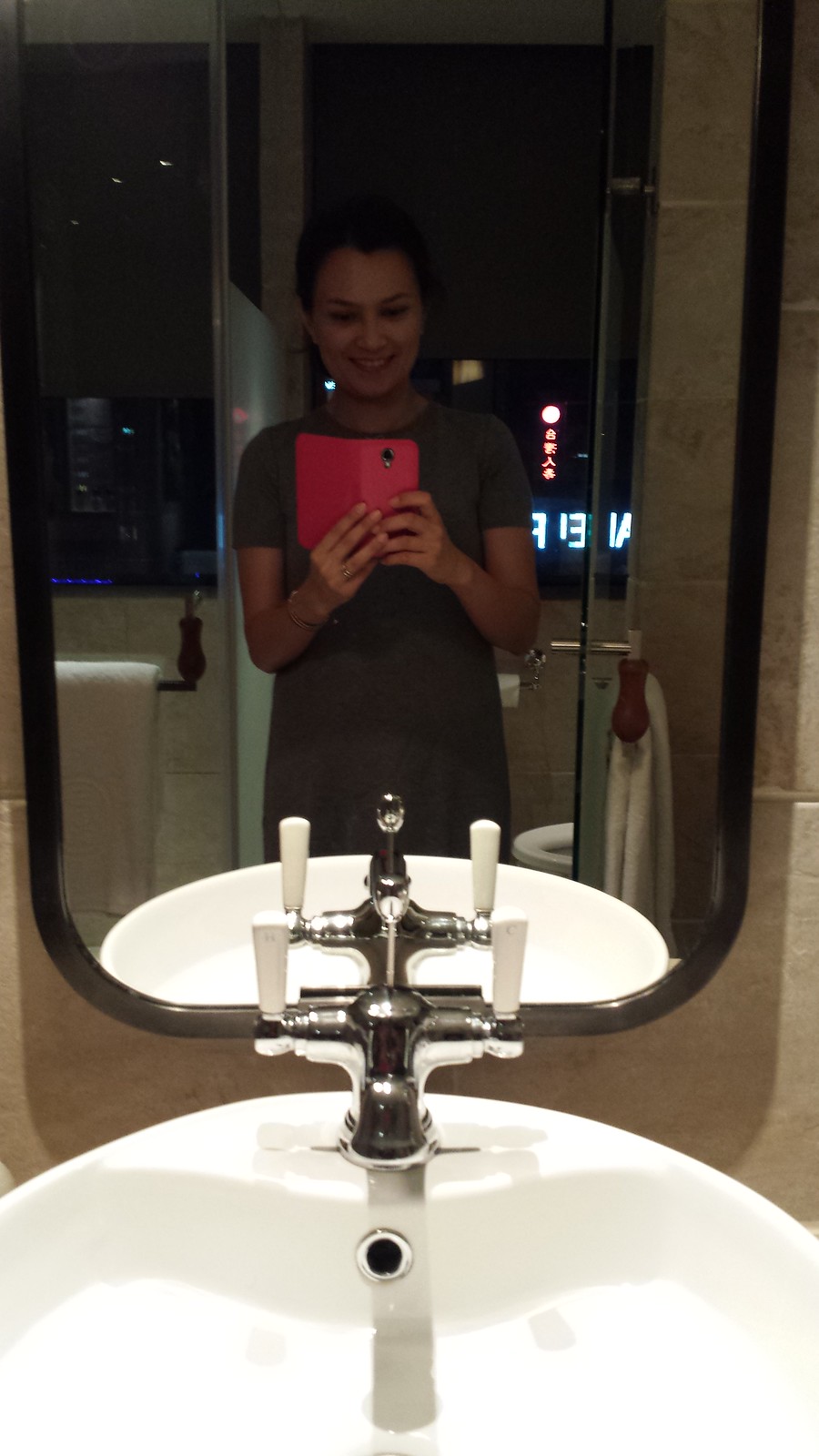 I had a wall-to-wall window view the old Taipei City. 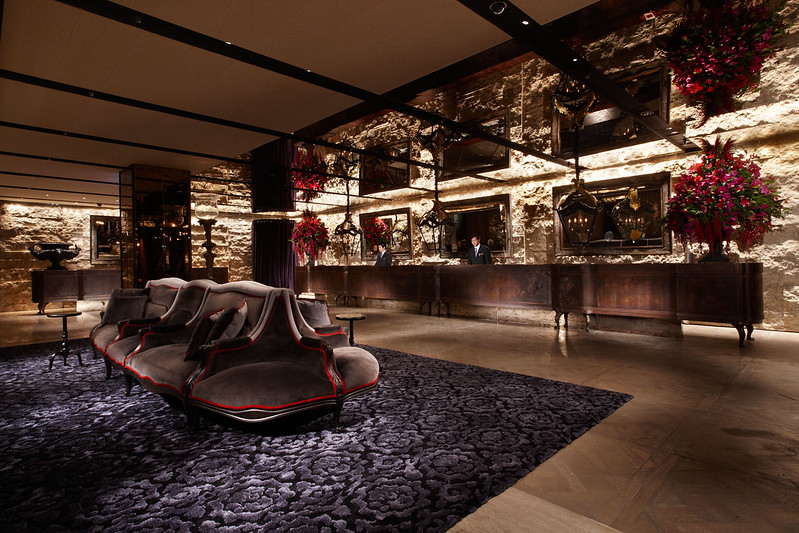 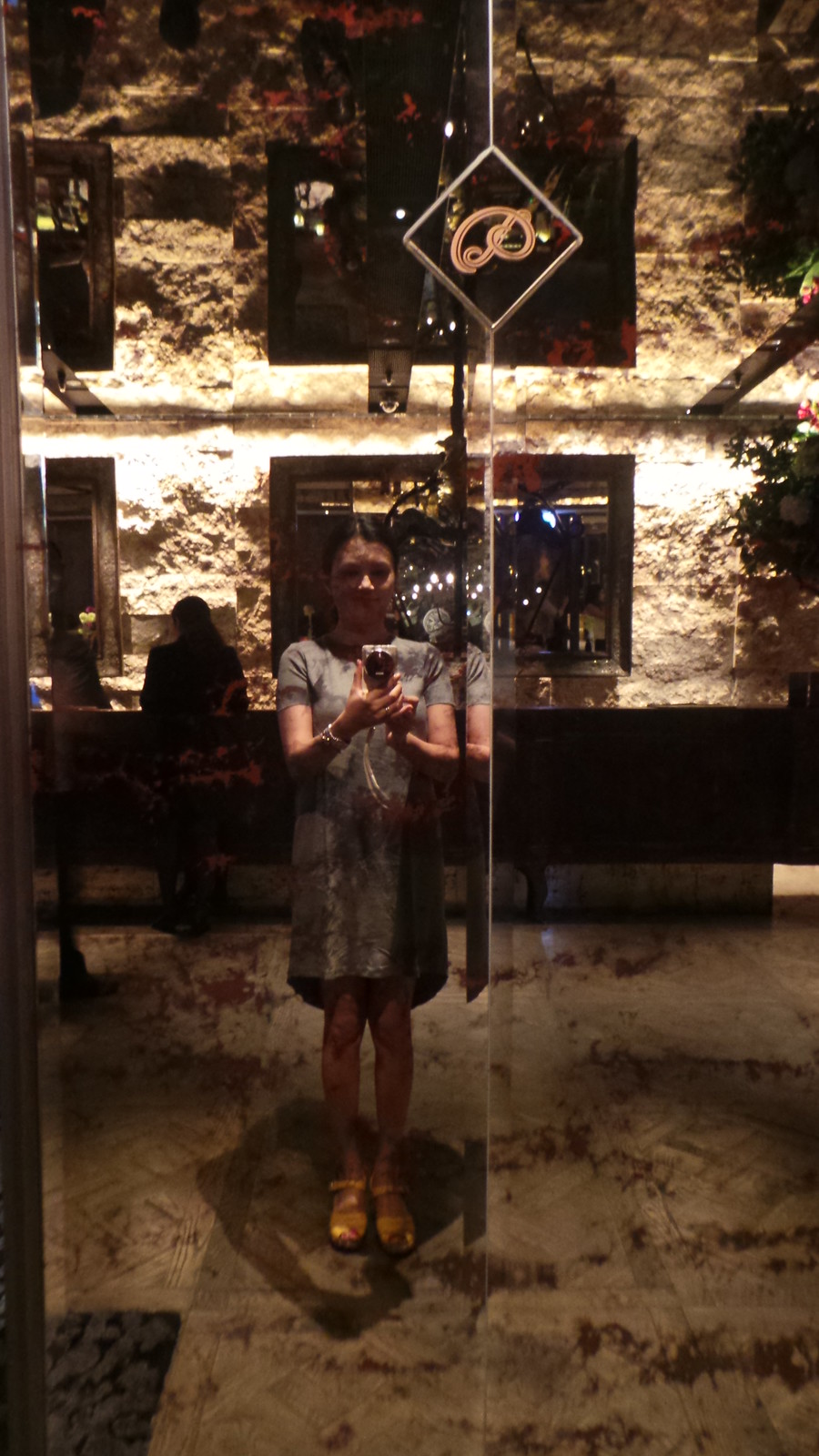 Antique-like mirrors are the signature of Palais de Chine. You find them all over the hotel, including the elevators. The designer, Ray Chen, visited antique markets in Paris to source original mirrors. In Taiwan, he had craftsmen wash away the mercury on some parts of the mirrors using acid etching in order to achieve the look of old mirrors. 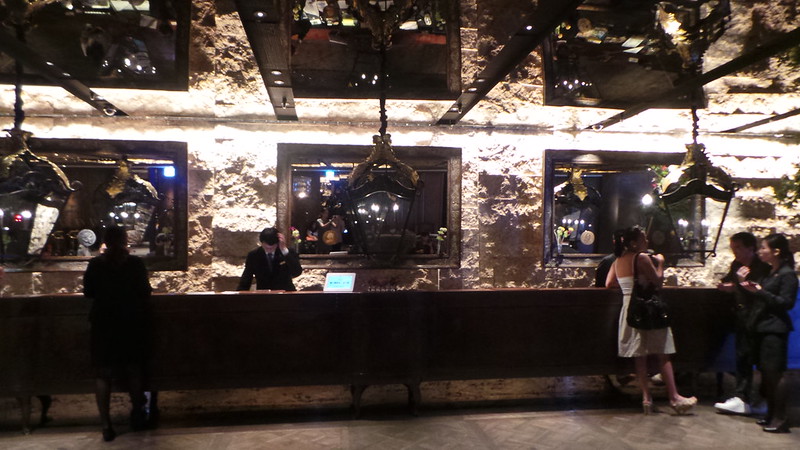 Group check in was made easy with the help of Jeron Travel’s Chal del Rosario. 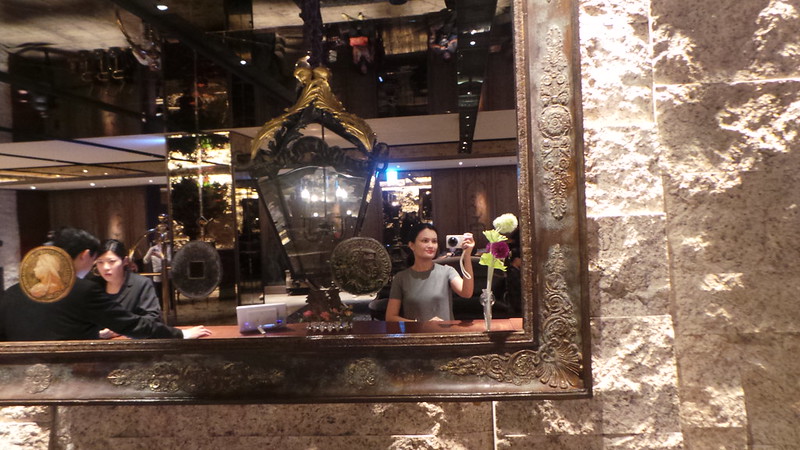 I love the rough-cut stone walls of the lobby reception. 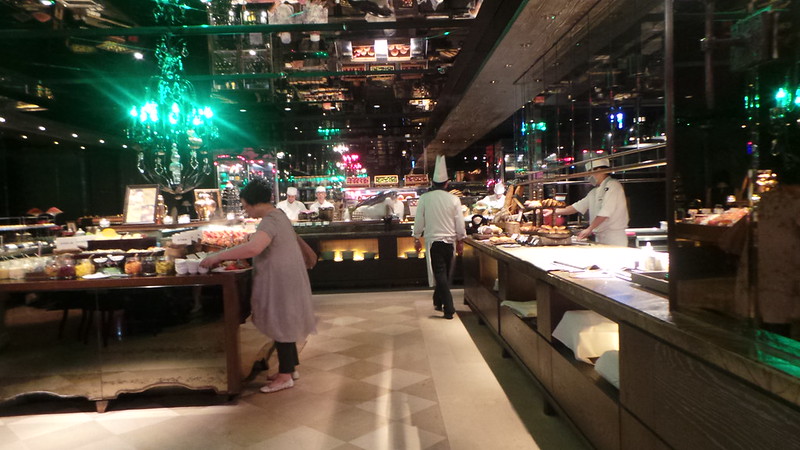 The buffet at La Rotisserie is a feast for the senses. 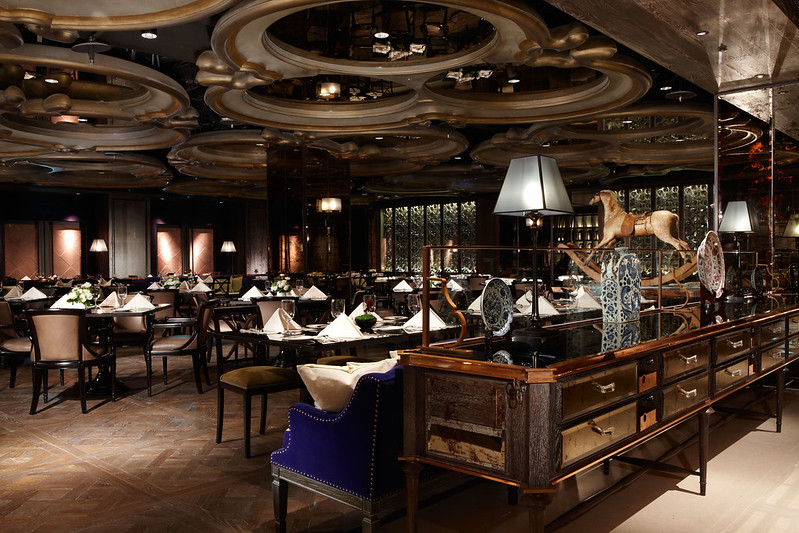 The dining area reflects idea of mixing eastern and western influences. The ceiling was made to appear cloud-like using the same antiquated mirrors arranged in the shape of the Chinese character “pin” which is also the second character in the Chinese name of Palais de Chine. 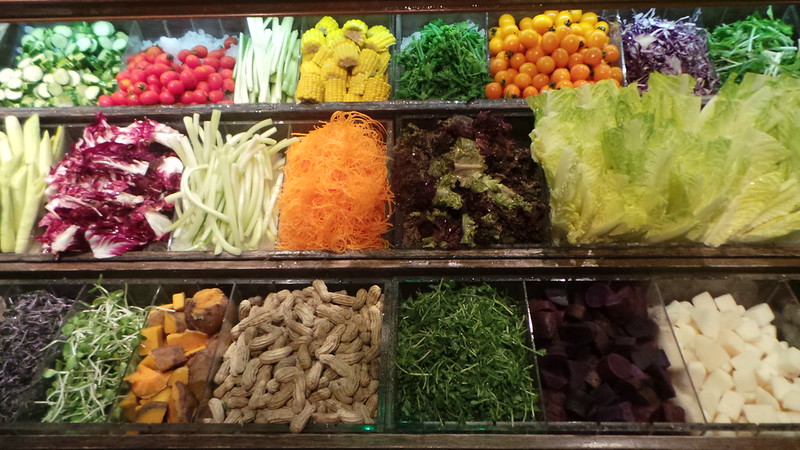 The salad bar was what Taiwan was all about for me – fresh produce! 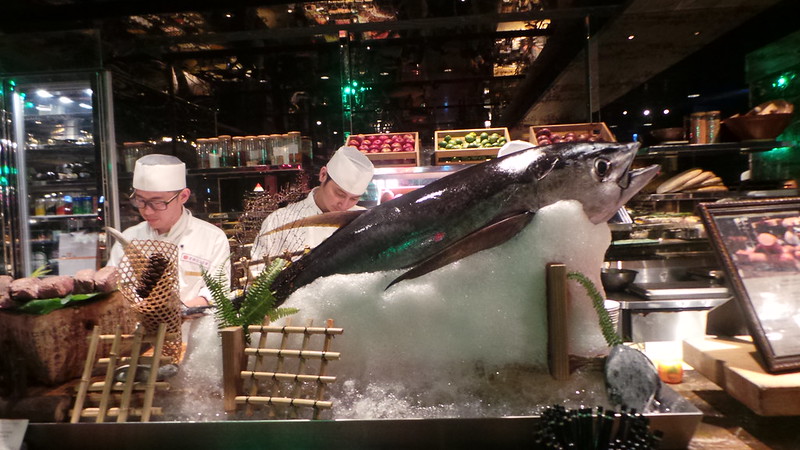 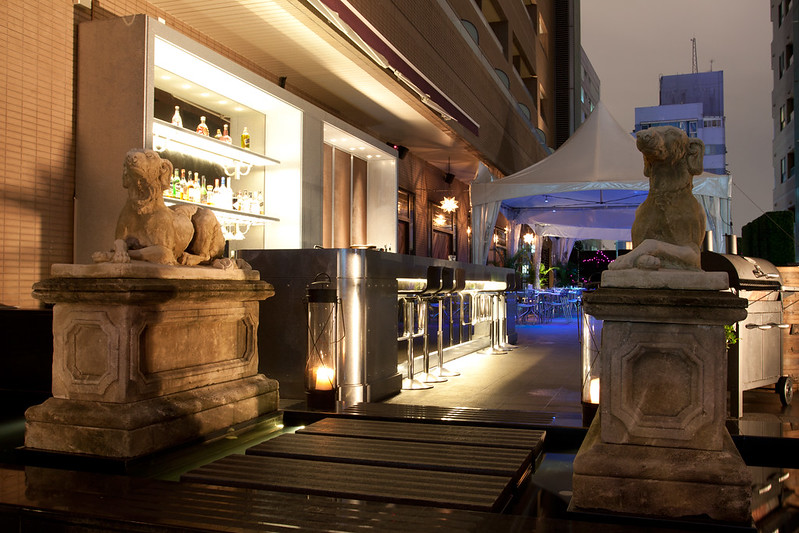 Le Bar is located outdoors in an upper deck. It was made to feel like a North African safari. 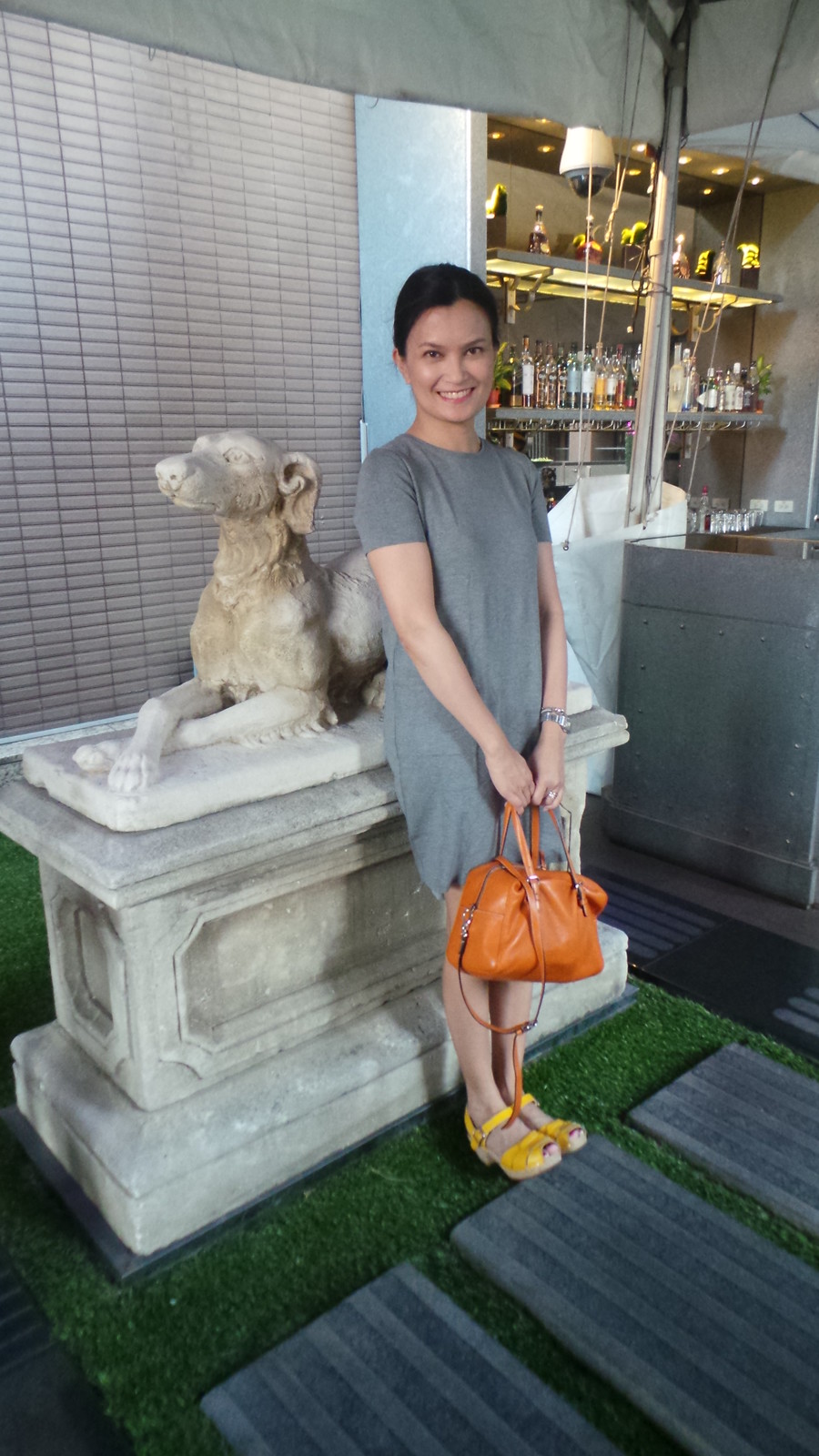 Just a dog, not a Chinese Fu Dog (which is actually a lion). 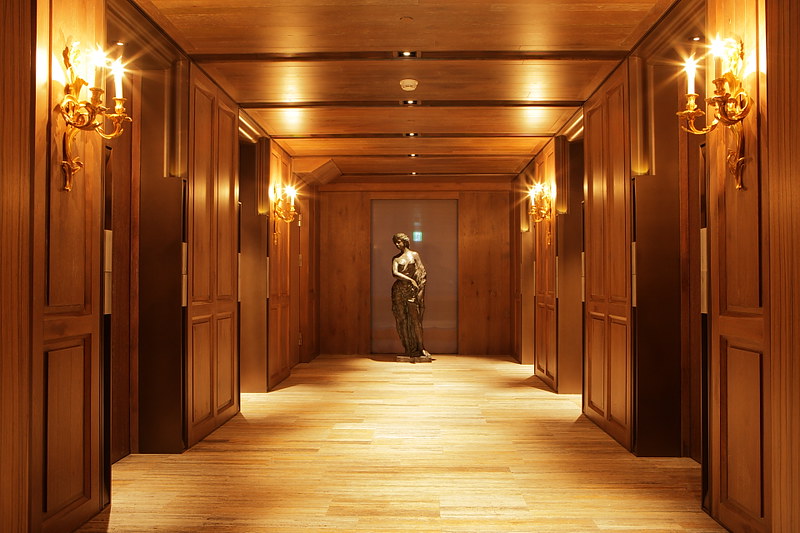 Even the wooden floors are made to look old and weathered. Ray Chen asked carpenters to apply a special liquid solution to speed up the aging of the wood. 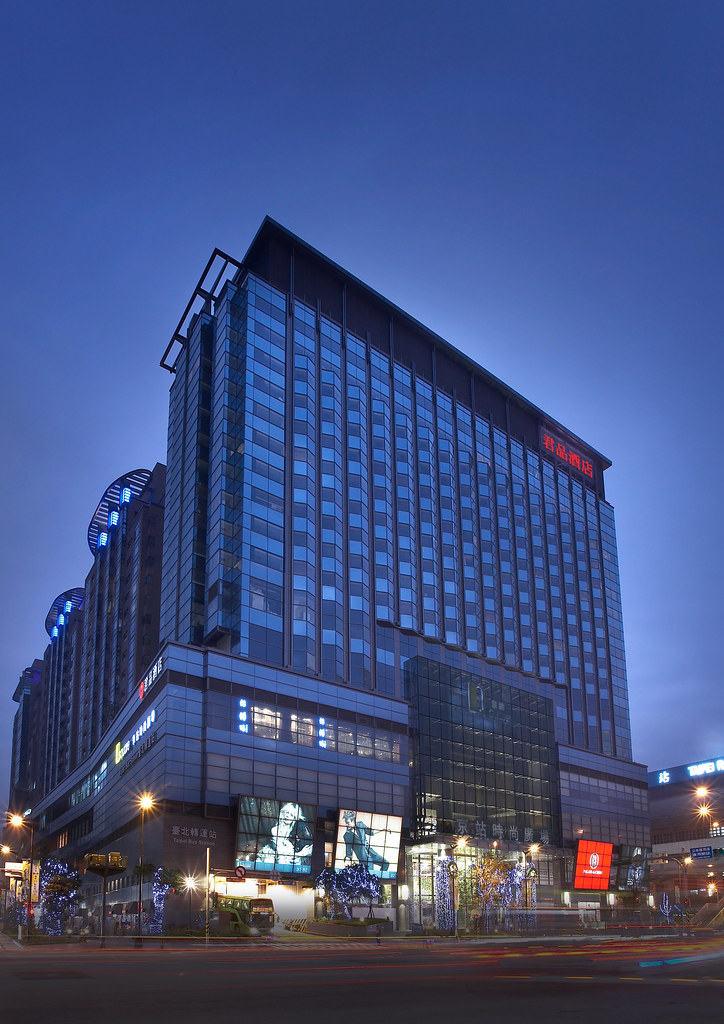 And the fun part of Palais de Chine… there’s some lovely shopping right below it.

The Palais de Chine was my entry point into Taiwan. And in a matter of a few minutes I realised how much I’d been missing by not thinking of Taiwan as a vacation destination. This hotel was a sophisticated mix of old and new, east and west which were elements that I would see throughout my visit. More on Taiwan’s attractions, food and shopping coming up soon.

My trip to Taiwan was sponsored by Jeron Travel, Taiwan Tourism Bureau  and EVA Air.