Things have been so crazy for me lately. I’m not working on a big project or anything specific. But I feel busier than usual. It’s like everything from real life just piled up. I fill my hours and minutes doing so much at home, at work, at my kids’ school, I can’t seem to accomplish anything at the end of the day. Everything is half-done. This is the multi-tasker’s nightmare. Busy but feeling unaccomplished. How did this happen?

I told Patrick, I wish I could go on a long haul flight just so I could watch movies uninterrupted. Heck I’d be happy riding a P2P (point to point) bus from Glorietta to Trinoma just to watch one film in its entirety.

So we got to talking hypothetical situations. “What would you do if you didn’t have to work or do homework?” My answer was, “watch movies.”

Lily’s answer got me.

“I would sit on a rock under a tree, facing a lake or a pond. There, I will sketch and paint. Just like that time in Shanghai, Mom.”

Lily was referring to that time last April when I brought her to Shanghai with me while I filmed for AirAsia Red Talks. It was not the usual travel situation because it was for my work. I told her ahead of time, that the priority is to film Mama in specific scenes. So she would just have to cooperate.

My girl was more than cooperative. She was a real trooper. She walked patiently on The Bund while we waited for the light to change. She saw our team shoot a time-lapse of the skyline for what seemed like an hour, just to get a good 10 second footage of the sunset. Everywhere we went, she brought a book, a sketchbook, and a few pens.

This is the moment imprinted in her memory.

The rock. The little pond. The trees.

Lily sketched the trees in her paper notebook. But drew more details in her head. Today she still talks about the light and the pleasant weather.

I remember loving that moment too. That’s why I took so many photos of her while she was in her zone. 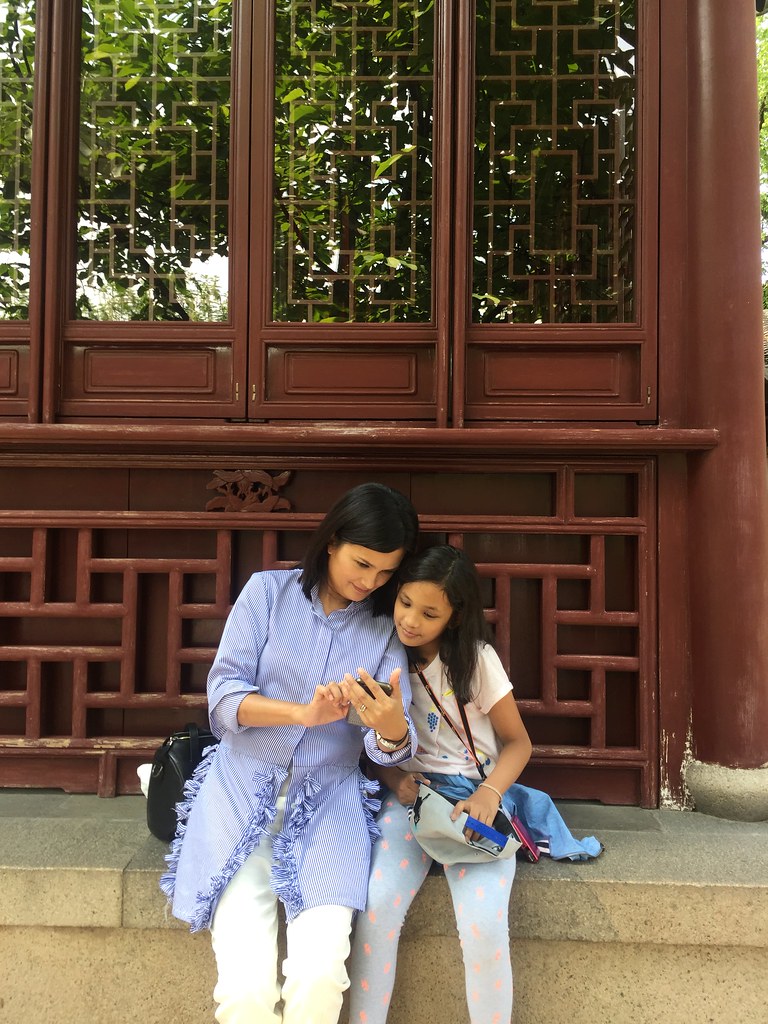 Our candid moments were captured by some of our crew members. 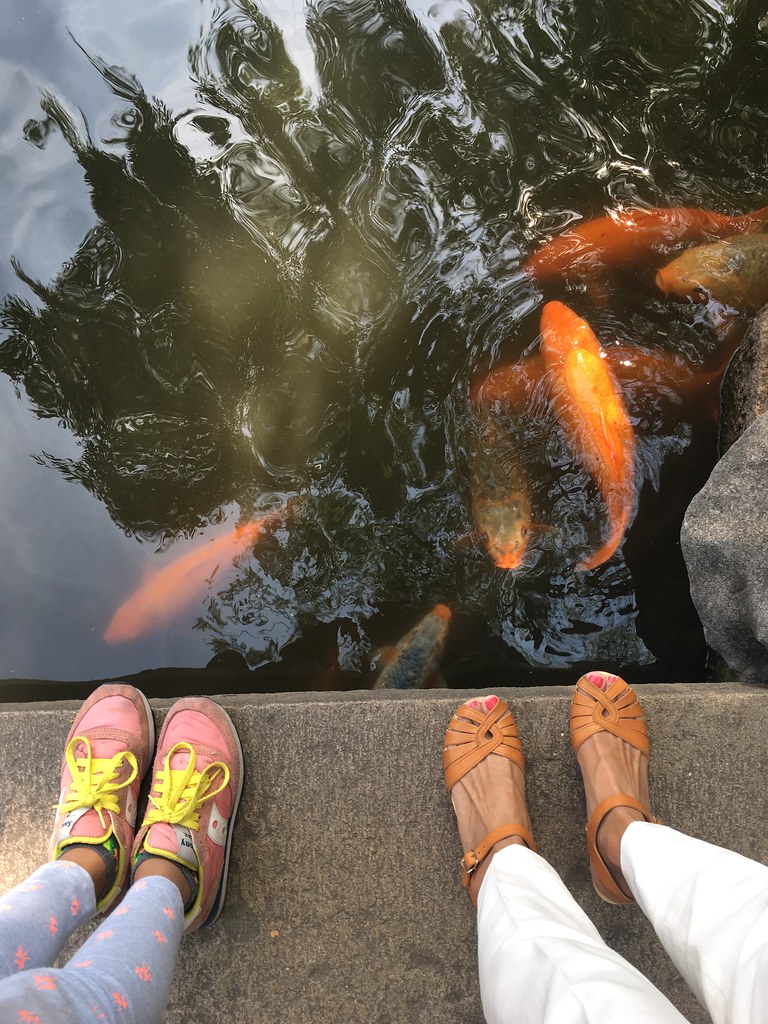 I valued that day too. This became my screensaver for the past six months. 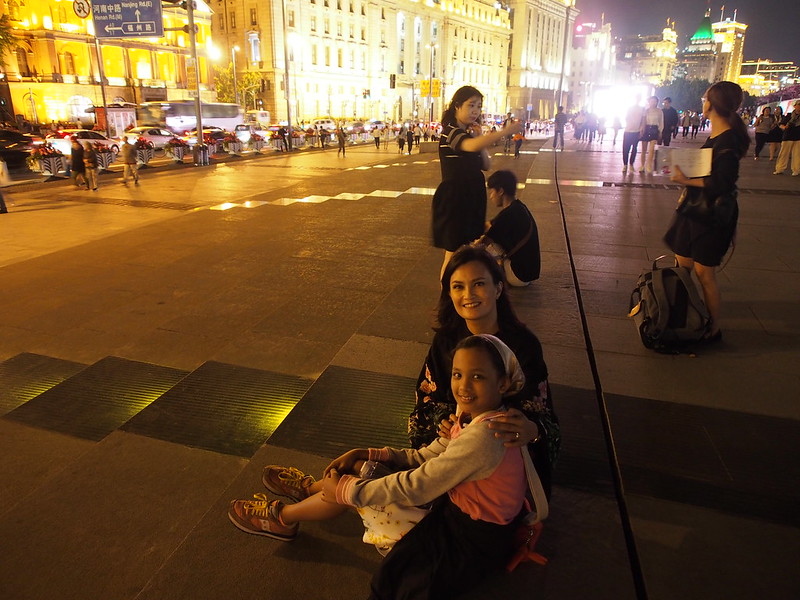 We had a lot of special moments during that work trip. This was our first night, shooting at The Bund. Lily was tired. She got sad and missed her sisters. 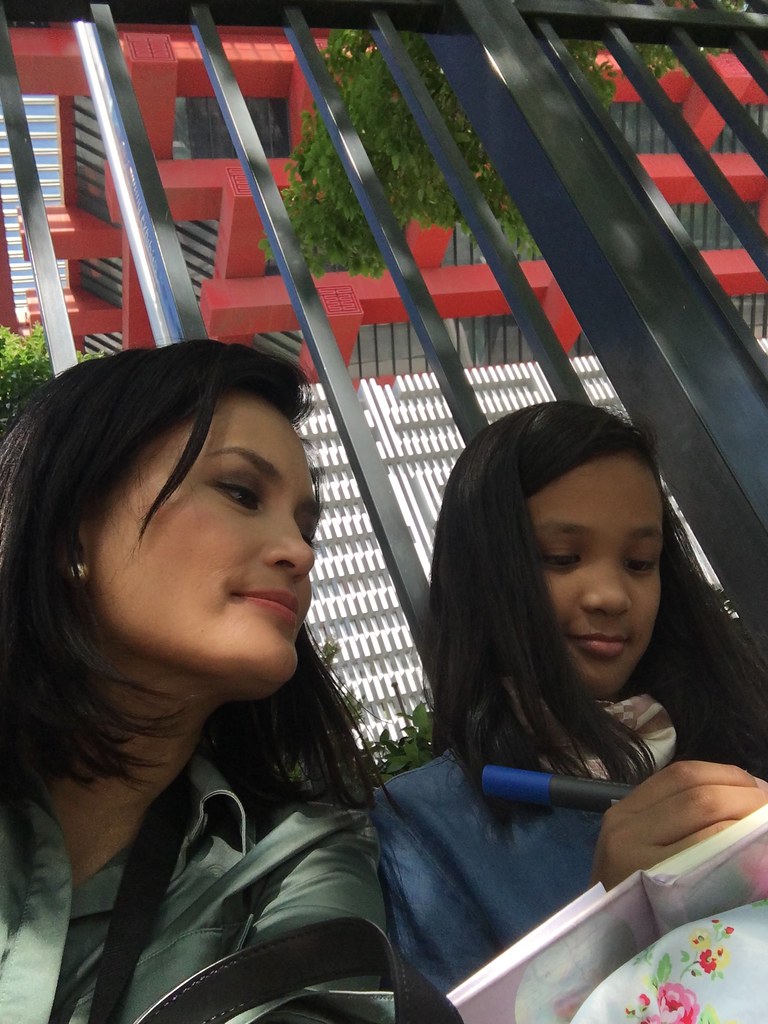 Another sketch time. While waiting for the bus, she found a spot to sit on near the Shanghai Expo red building. 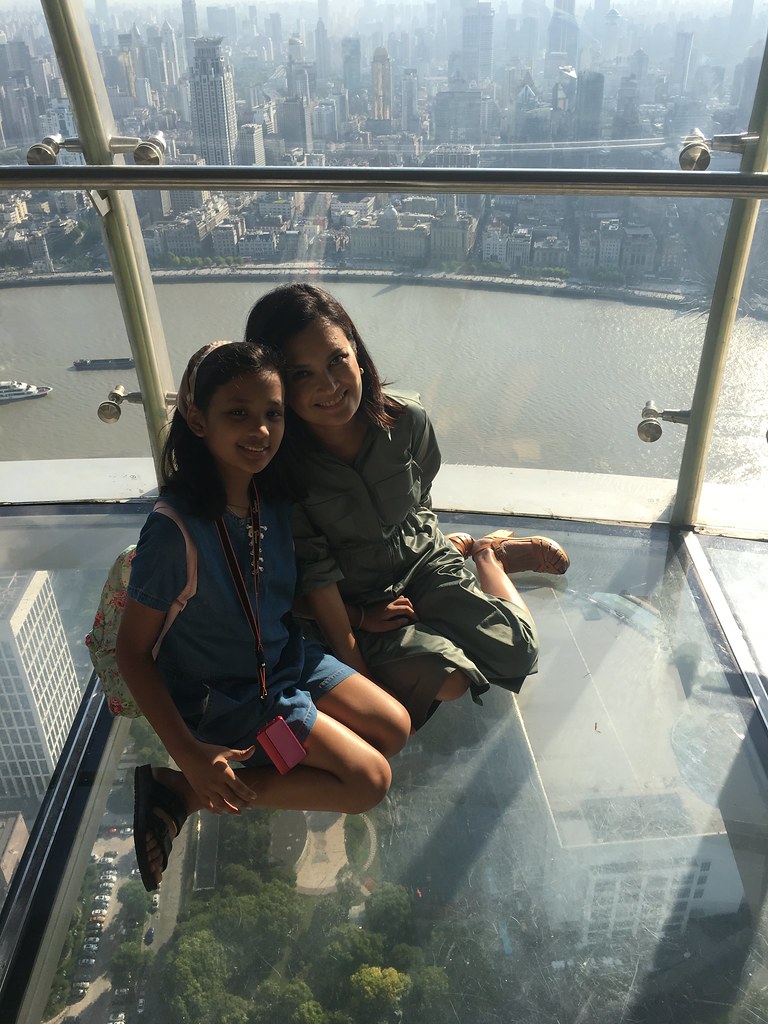 When she was so afraid to step on the glass floor at the Oriental Pearl Tower, but I didn’t want her to miss the chance for a great photo. So we just sat together and got the shot. 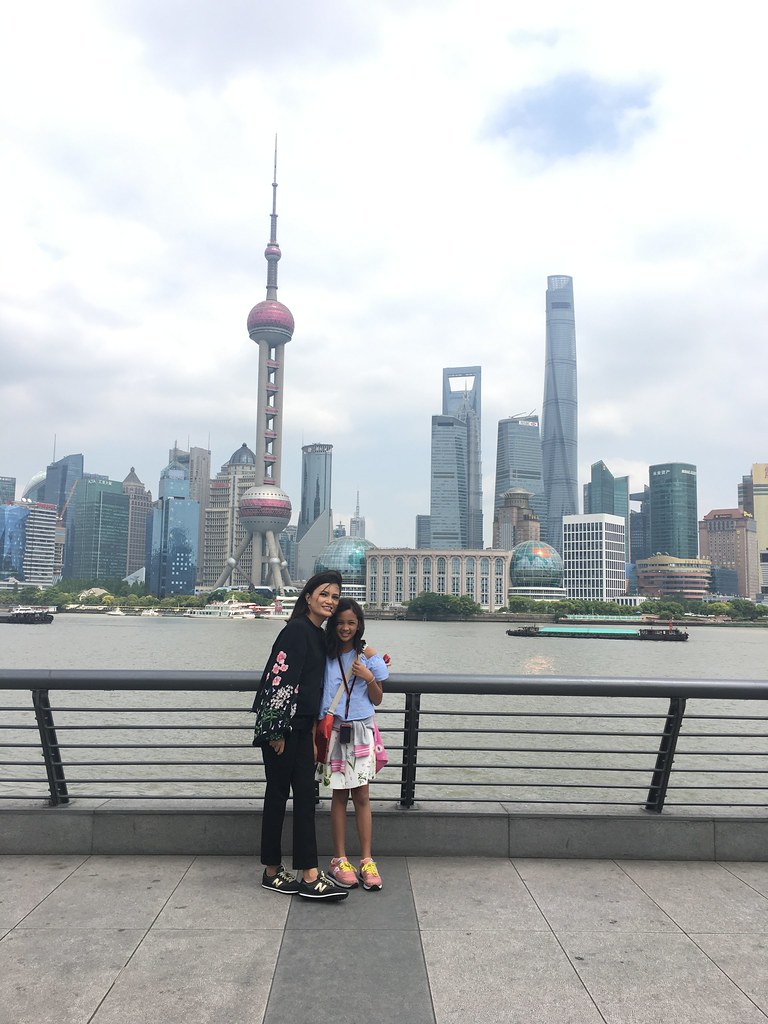 Another must photo spot on The Bund

I brought Lily as my “plus one” on this shoot trip because it was her turn. I already had travelled alone with Sophia. We went to France when she attended a two-week camp in Gerardmer and Paris. (Note, that after Lily got back and talked to her sisters about the great time she had with me, Sophia asked if she could go back next in line to travel with me too. She says the France trip shouldn’t count because it wasn’t so much a mother-daughter experience, she was focused on doing the camp experience. She’s right. And I can’t wait to take her on a trip next. And Stella too.)

I will write a separate story about why these one-on-one dates with daughters (or sons) matter so much. For now, I hope you enjoy this video from our AirAsia Red Talks series. There are six episodes in this series, which you can find in the AirAsia Facebook Page. This one documented my Shanghai trip with Lily, and it ends with a poem (not written by me) about why we travel.