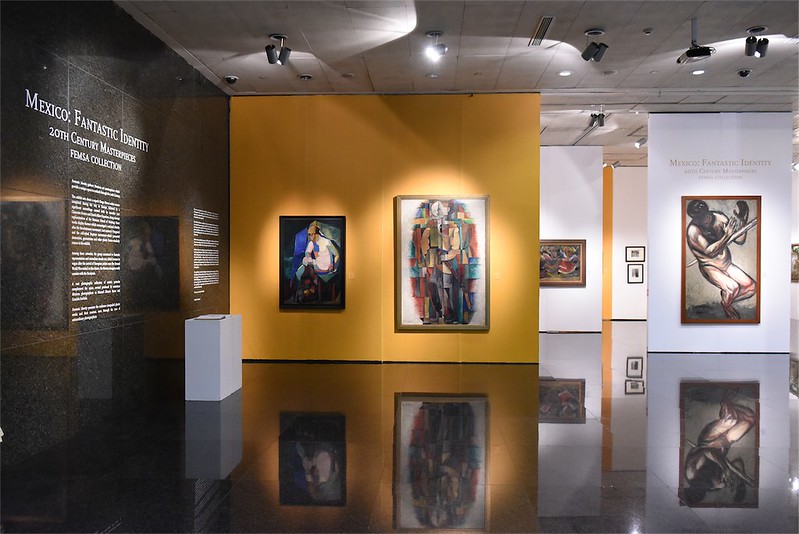 Have you checked out the FEMSA Collection at Ayala Museum yet? This is a rare exhibition that’s on display until November 9th.  Mexico: Fantastic Identity, 20th Century Masterpieces of the FEMSA Collection, includes 60 art pieces by Mexican artists. It will take you on a journey through the different movements that transpired in Europe in the 20th century and how they have influenced the works of Mexican artists. I attended the gala opening upon the invitation of the Mexican Ambassador to the Philippines. 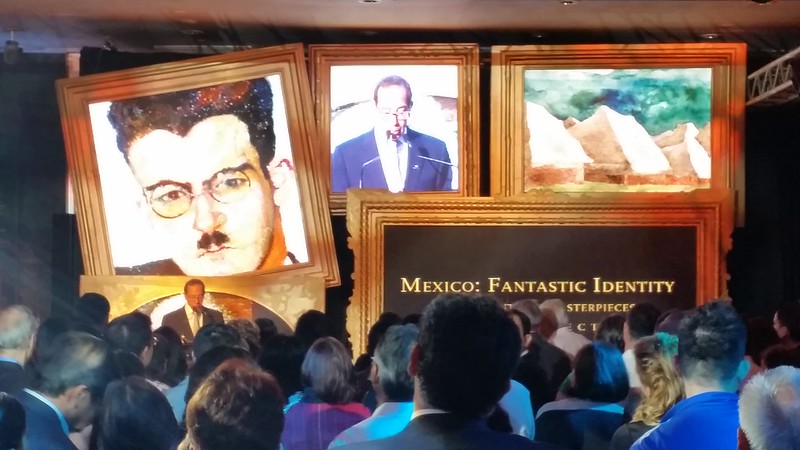 “We are honored to bring the FEMSA Collection to the Philippines for the first time, allowing us to further our goal of promoting education by encouraging appreciation for culture and the arts,” said Carlos Salazar, Chief Executive Officer of FEMSA.

Mexico: Fantastic Identity, 20th Century Masterpieces. FEMSA Collection sets about a superb Diego Rivera cubist oeuvre completed during his stay in Europe, followed by a significant assemblage created both by muralist José Clemente Orozco and David Alfaro Siqueiros, along relevant representatives of the Mexican School of Painting. These works display themes that reflect the Mexican national identity after the Revolutionary movement. Last century’s Vanguard and the self-styled Rupture movement – which promoted abstraction, geometrism and other plastic forms – similarly concur in the exhibit. The show is also accompanied by a photographic collection of artist’s portraits, several of which were produced by well-known Mexican photographers such as Manuel Álvarez Bravo and Graciela Iturbide. 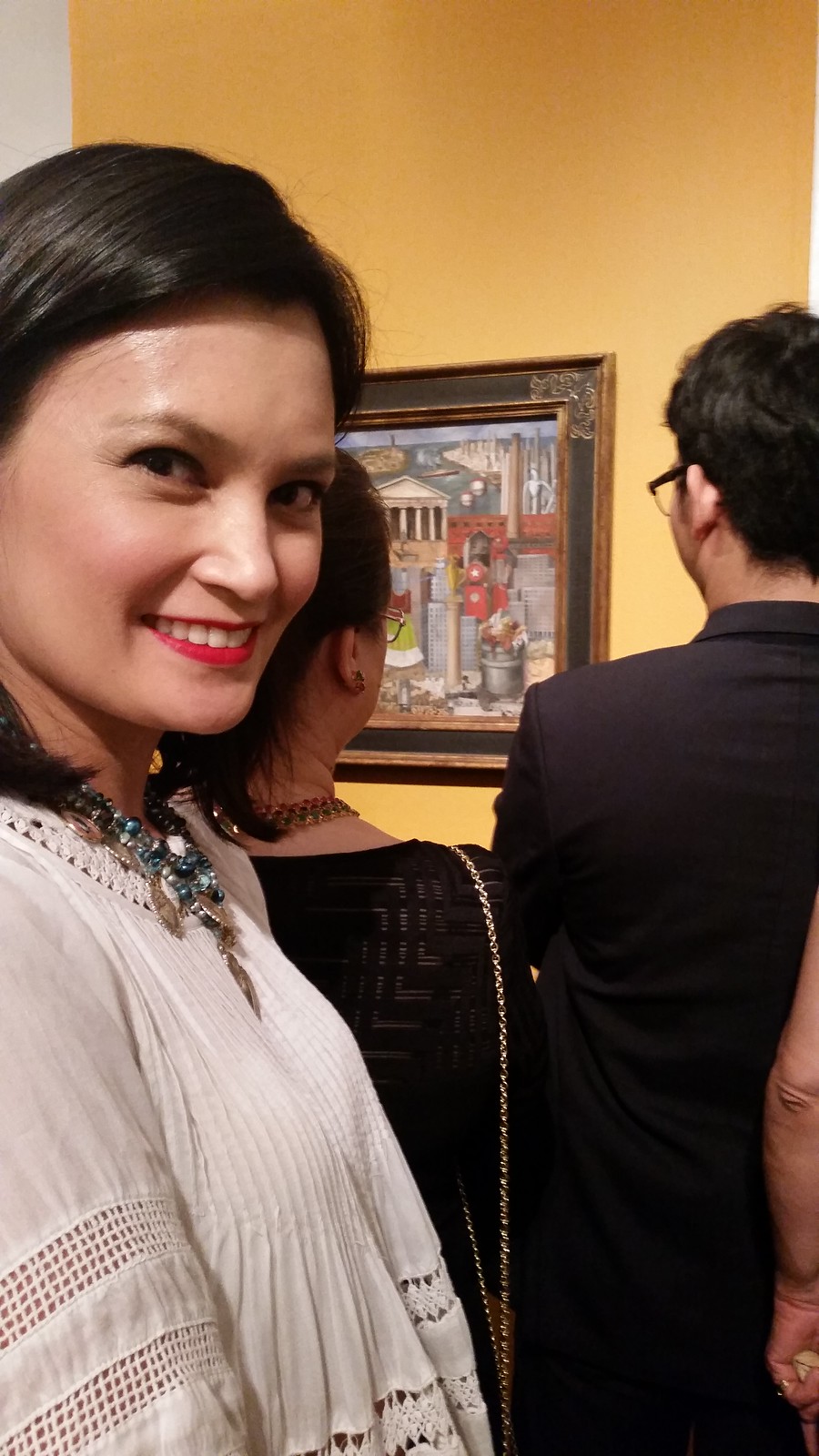 Being a bad girl. Photos were not allowed, but my friend (who shall not be named) snapped this. Oops. Sorry. But it’s Frida Kahlo! And a very significant piece! 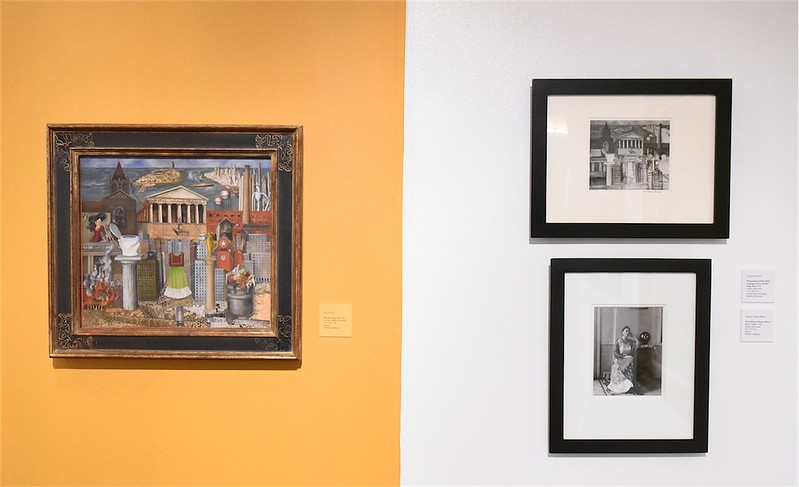 Left: Frida Kahlo’s My Dress Hangs There 1933, oil and collage on masonite 45.5 x 50.5cm. Frida painted in the US while her husband Diego Rivera was painting the mural at Rockefeller Center. It symbolises her longing to go back home to Mexico. You can also see references to industrialism and the social ills it brings. Right: Photograph of Frida Kahlo’s work and portrait of Frida. Photo from FEMSA media release. 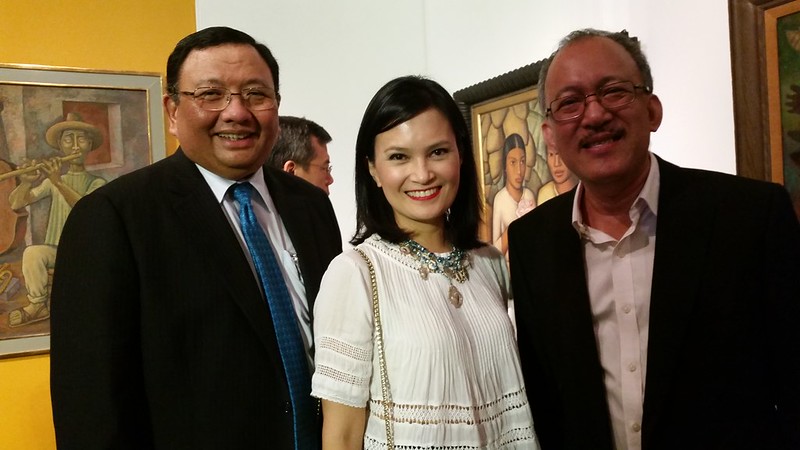 With friends in government — I knew them before they joined this government. Secretary to the Cabinet of the Philippines Rene Almendras and Presidential Adviser on Political Affairs Ronald Llamas. (I am wearing a charm necklace from Mexico City.) 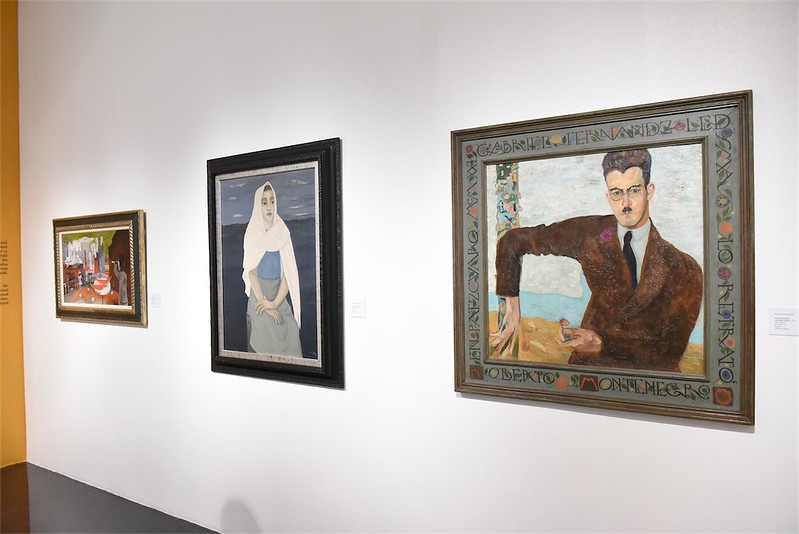 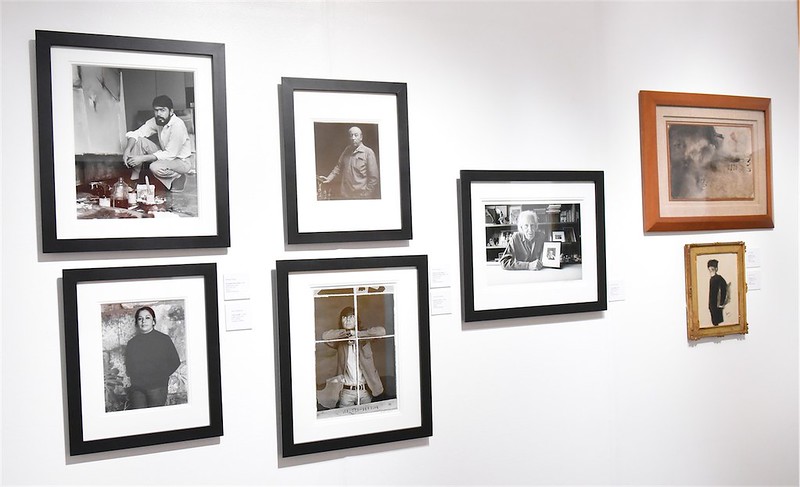 I loved seeing all my favourite Mexican artists under one roof, and right here in Makati. I haven’t really written about it yet, but I had a huge Mexican period during the first half of the 1990’s. I worked on some projects there under the urban planning group I worked for in Canada. It was in Mexico that I found interest in rediscovering my roots in the Philippines. I saw a lot of similarities with the culture and history of both countries. During that time, I immersed in all things Mexican – from art, history, food, language, crafts, literature. Seeing some of the FEMSA Collection here really brought me back.

I don’t have many photos of my stay in Mexico. No photos at the house of Frida Kahlo. This was pre-digital era. Gasp! Most of my photos are at my mom and dad’s house in Toronto. I found some that I had brought with me to Manila. Here are some scans. 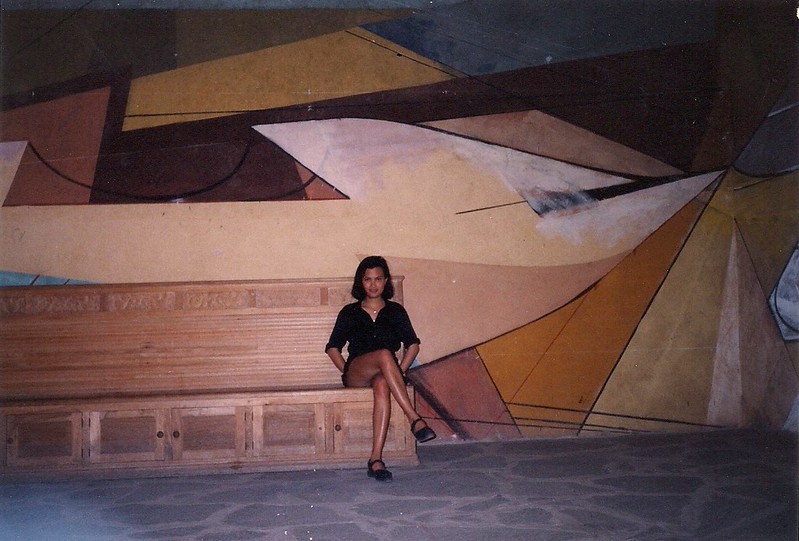 Me in 1994 with an unfinished mural by David Alfaro Siqueiros from the 1940’s in Escuela de Bellas Artes, a cultural center in San Miguel de Allende, Guanajuato, Mexico. 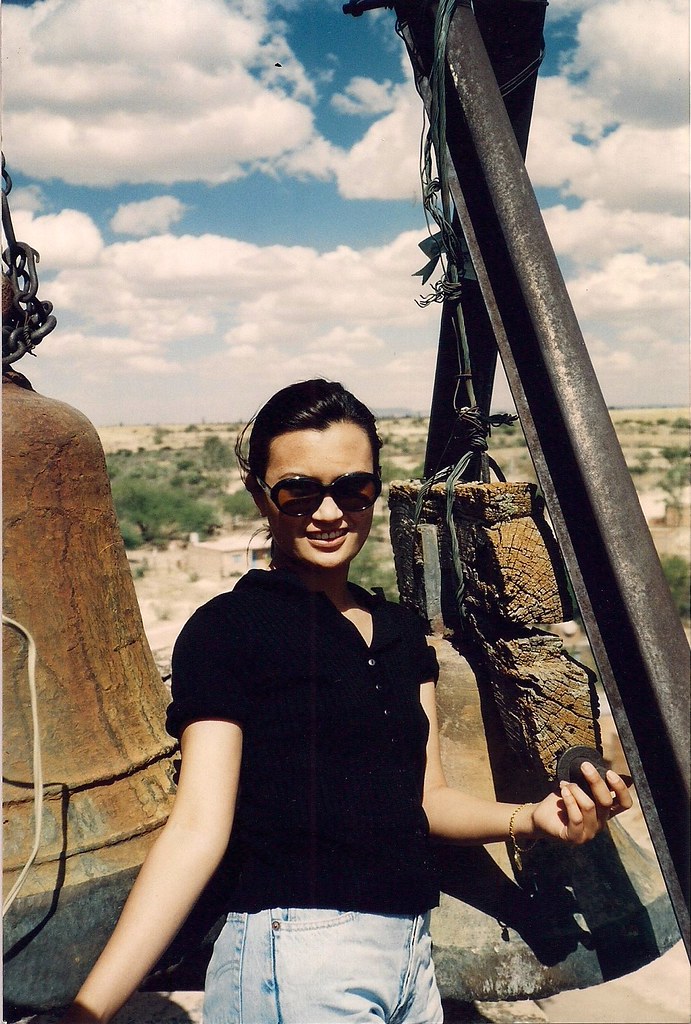 In Hacienda El Soyatal, Aguascalientes. I was a 24 years old here. 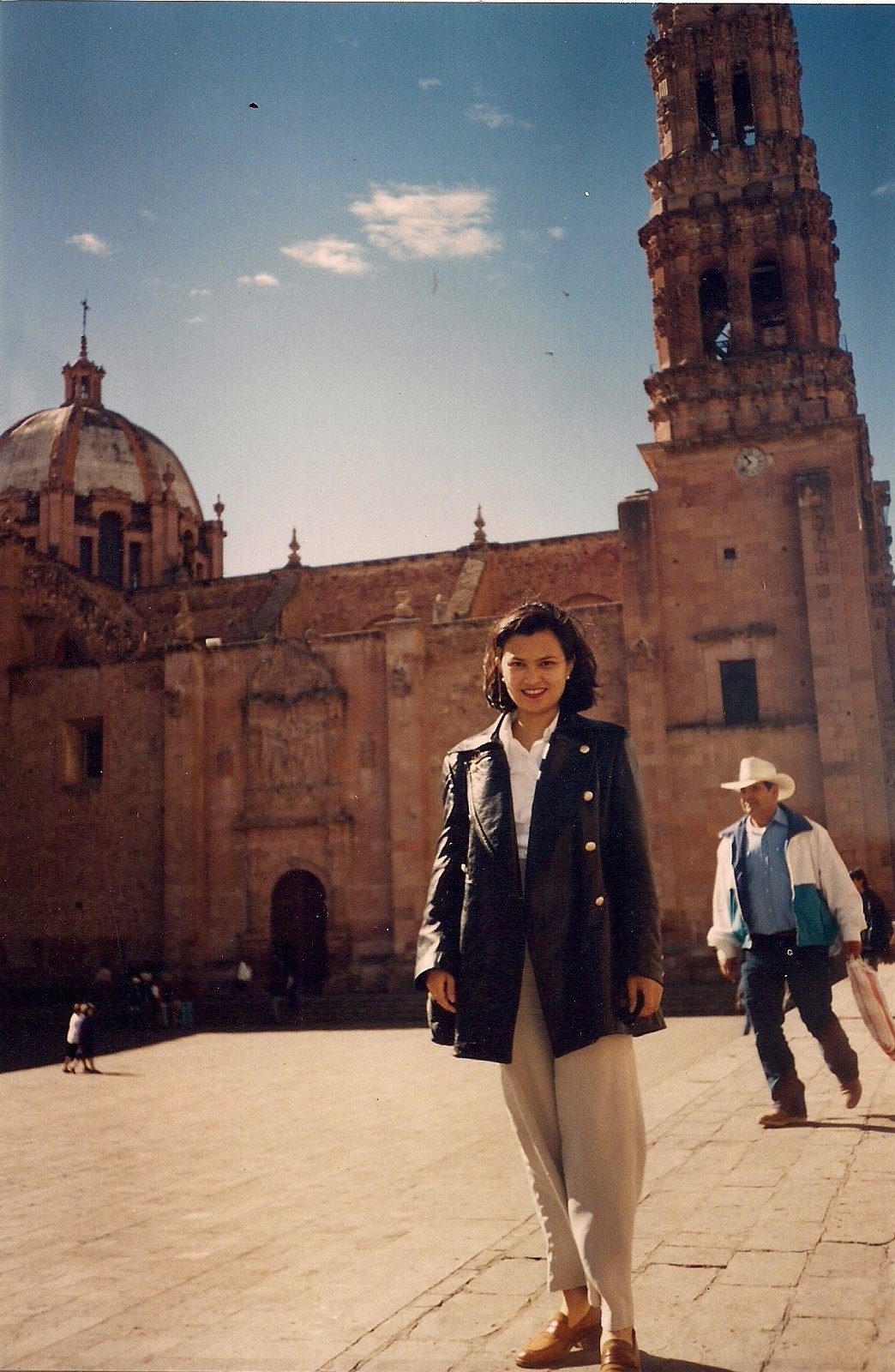 During one of my project management trips to Aguascalientes, I took a side trip to the state of Zacatecas, an old mining capital with beautiful colonial buildings. 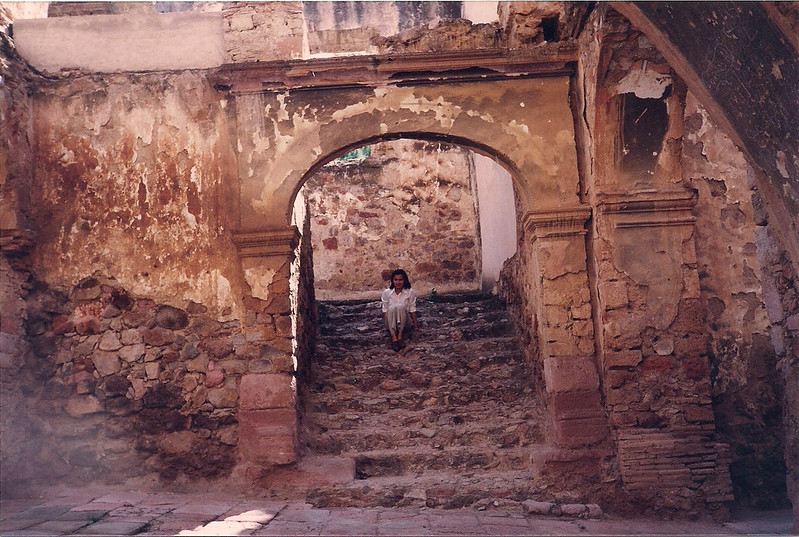 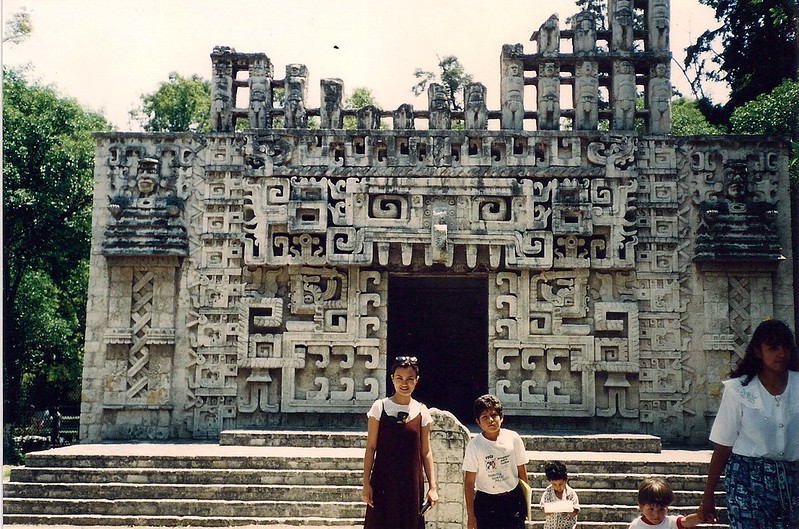 The National Museum of Anthropology in Mexico City was massive. One of the world’s best. This is in front of the Mayan gallery. 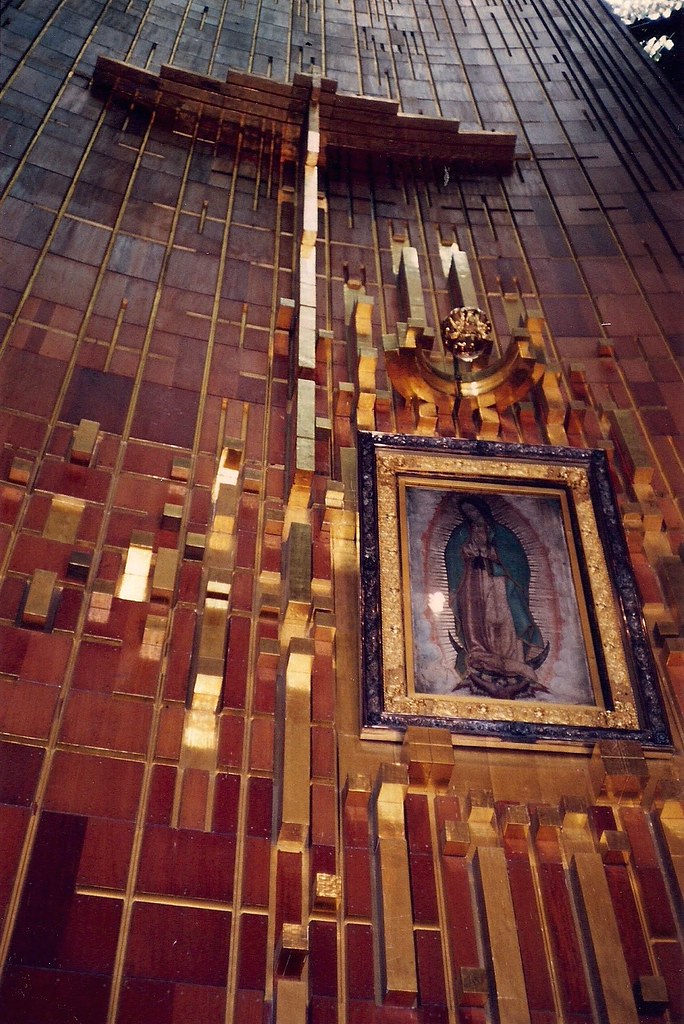 I spent one Easter in Mexico City and witnessed the many devotees flock to Nuestra Señora de Guadalupe. I didn’t know it then, I eventually became devoted to Our Lady.

I love Mexico. I am, to this day, greatly influenced by their art. I would love to one day take my family on a long trip there. It’s been too long for me. Time to rediscover.

And I am a huge fan of many Mexican artists especially Diego Rivera, Frida Kahlo and Rufino Tamayo. I used to drag my mom, dad and sisters to far away galleries just to see some Frida Kahlos on loan – like in Mc Michael Art Gallery north of Toronto and the Knox Albright Gallery in Buffalo. And all these before Selma Hayek made the Frida movie. 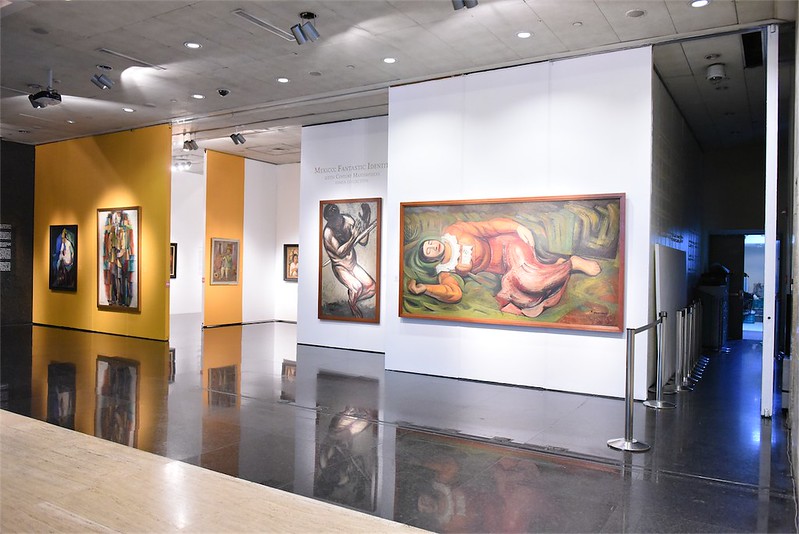 If you haven’t yet, you should go see the FEMSA Collection before it goes away on November 9th. Photo courtesy of FEMSA media release.