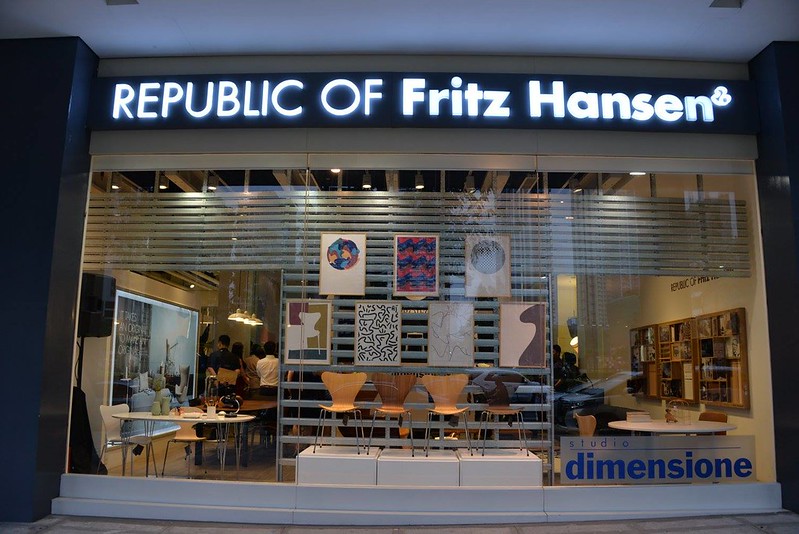 I hosted the launch of the exhibit of Fritz Hansen’s collaboration with esteemed Filipino architects and designers at Studio Dimensione at BGC.

It is the 60th anniversary of the Series 7 chair by Arne Jacobsen whose collaboration with Fritz Hansen dates back to 1934. The Series 7™ was designed in 1955 and is by far the most sold chair in the history of Fritz Hansen and perhaps also in furniture history. It is made of pressure moulded veneer with four stackable legs.

Each of the Filipino architects and designers were given the task to re-interpret the timeless and classic Series 7 Chair by Arne Jacobsen. It was a celebration, of not just the chair, but also of the local Filipino architecture and design ingenuity. It is taking a design made way back in 1950s and showing how it is still relevant to us. The classic silhouette of the Series 7 transcends time and space. 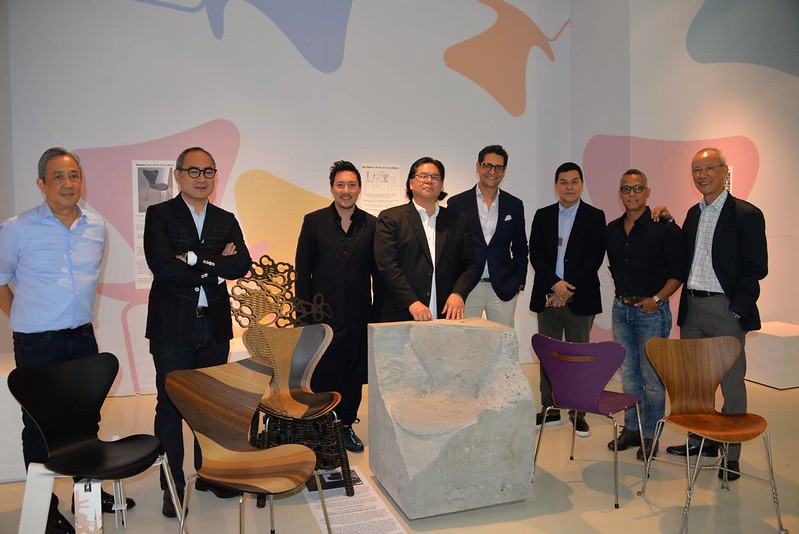 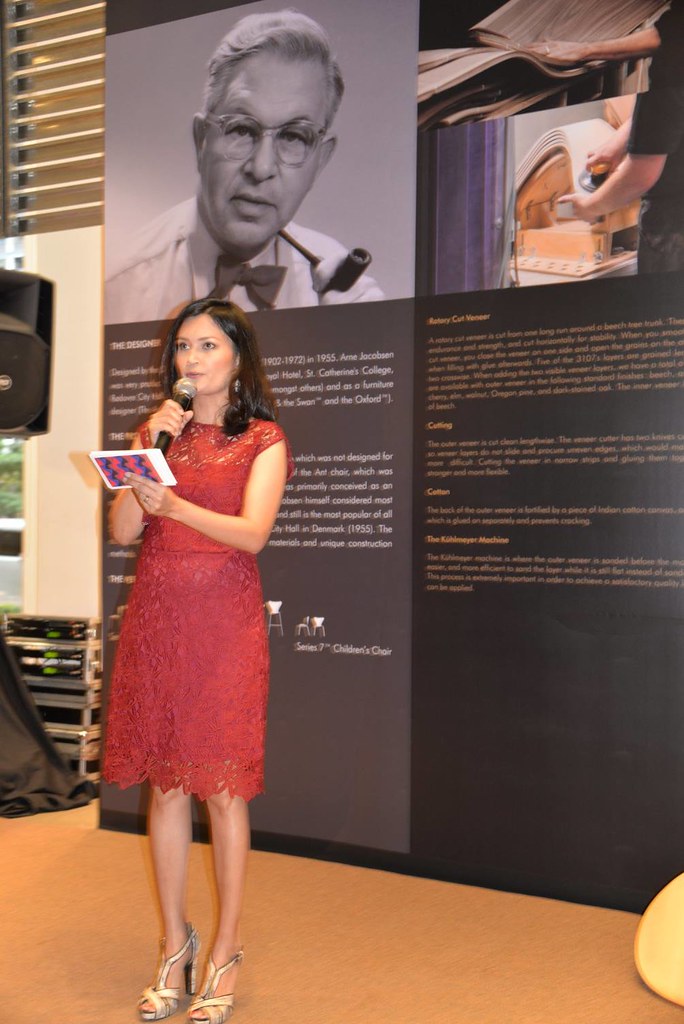 I hosted the official opening of the exhibit which will run until March 31st at Studio Dimensione. (I wore a K&Company dress.) 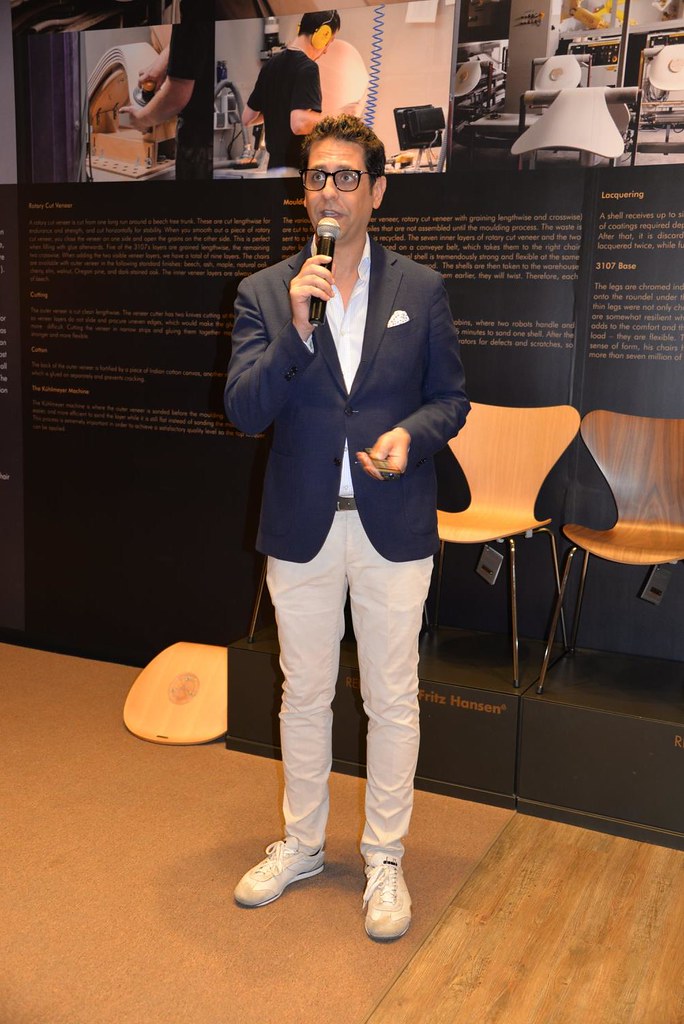 Dario Reicherl, VP for Asia Pacific for Fritz Hansen, gave a brief talk about the history and relevance of the Series 7 chair. 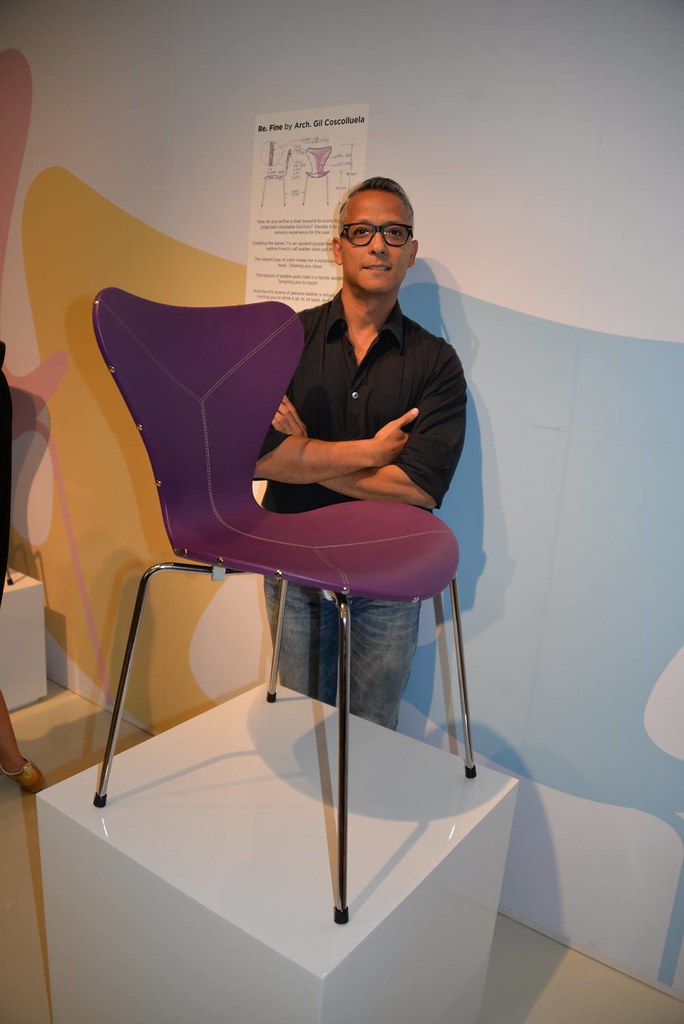 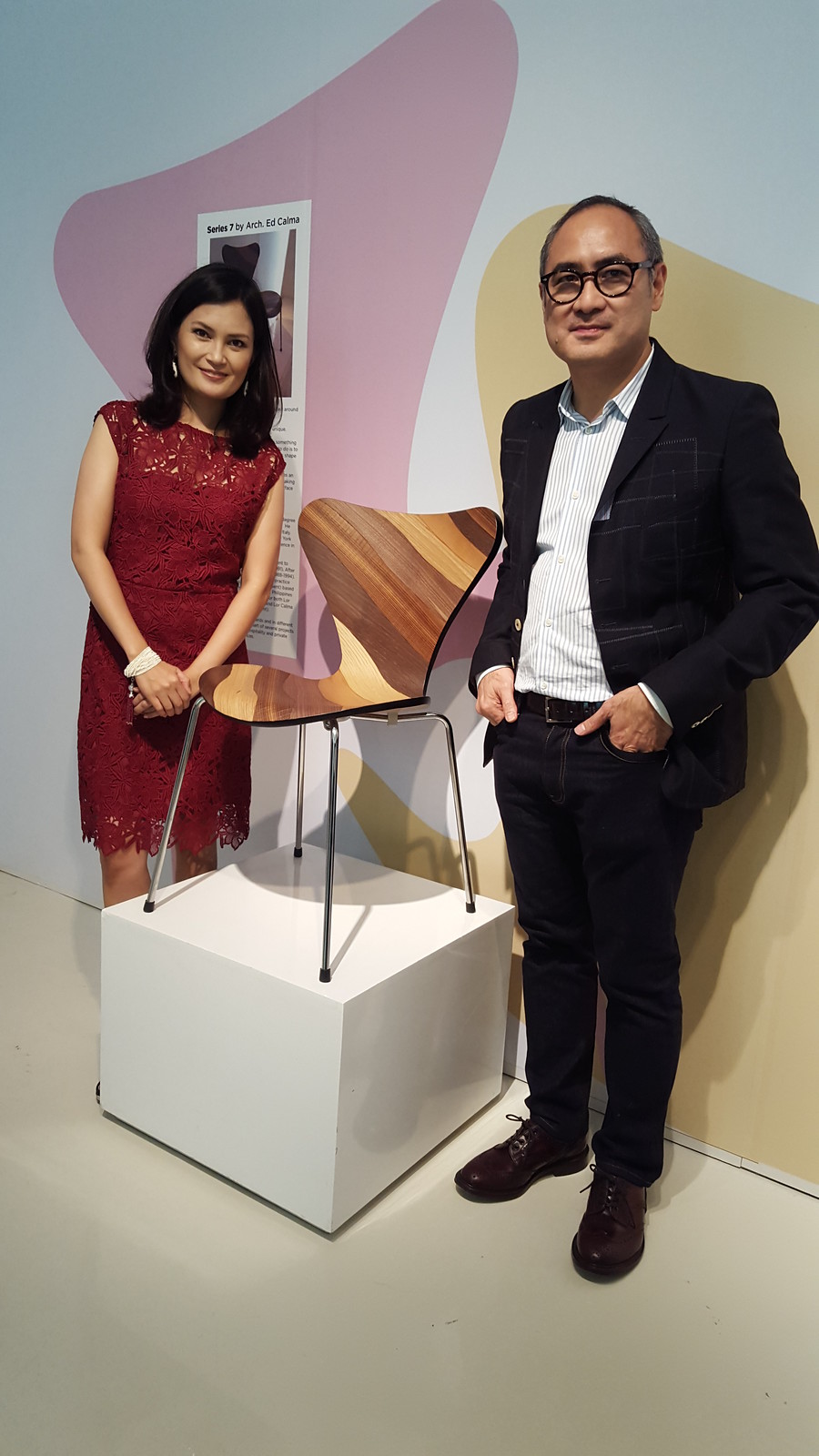 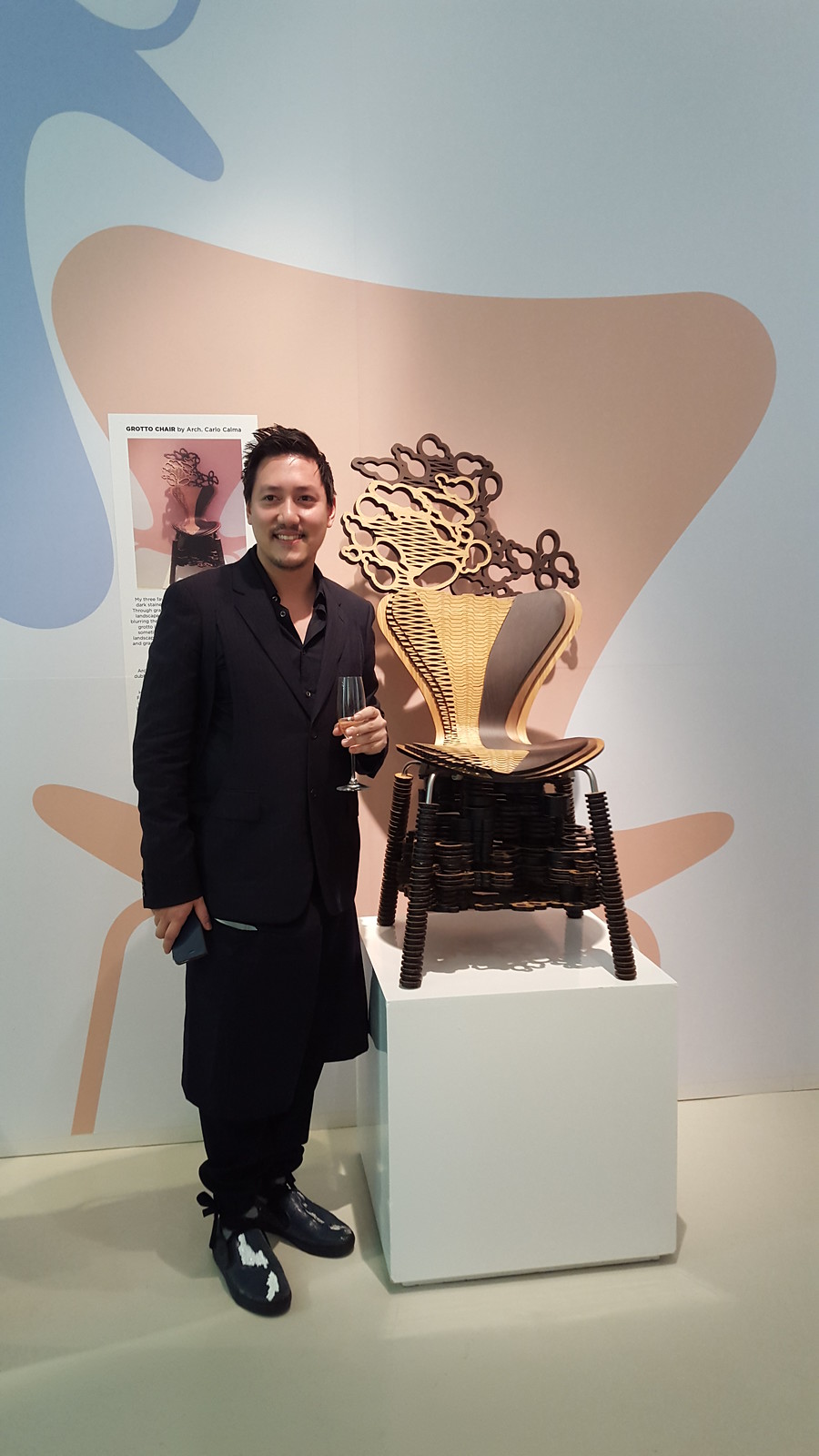 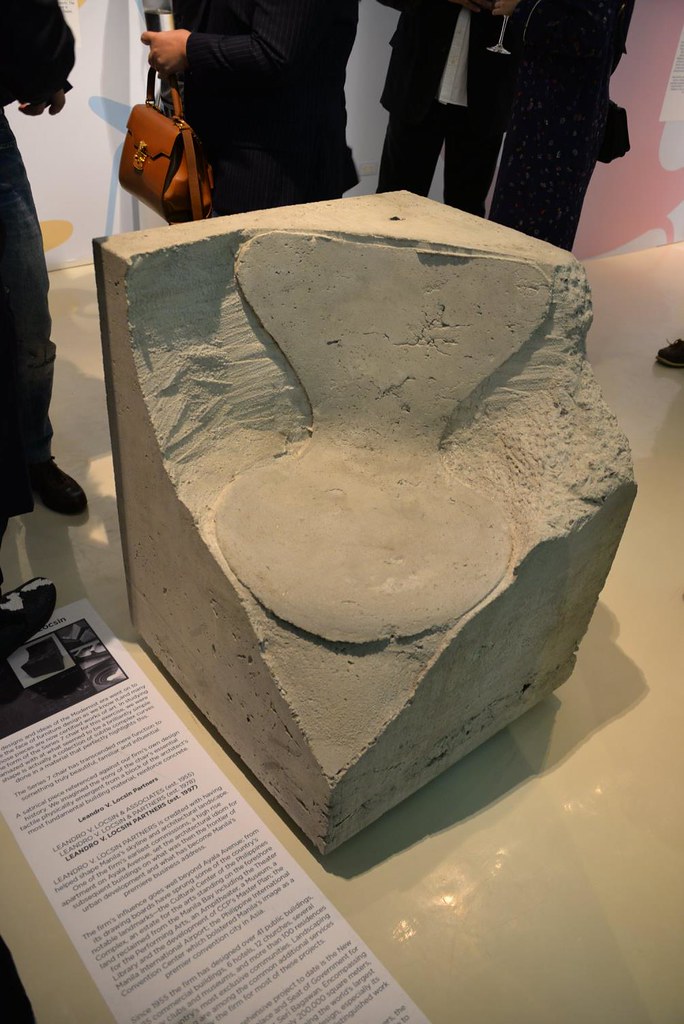 Andy Locsin of Leandro V Locsin Partners paid homage not just to Arne Jacobsen, but to his own father Leandro V. Locsin, by creating a mold of the Series 7 in poured concrete. 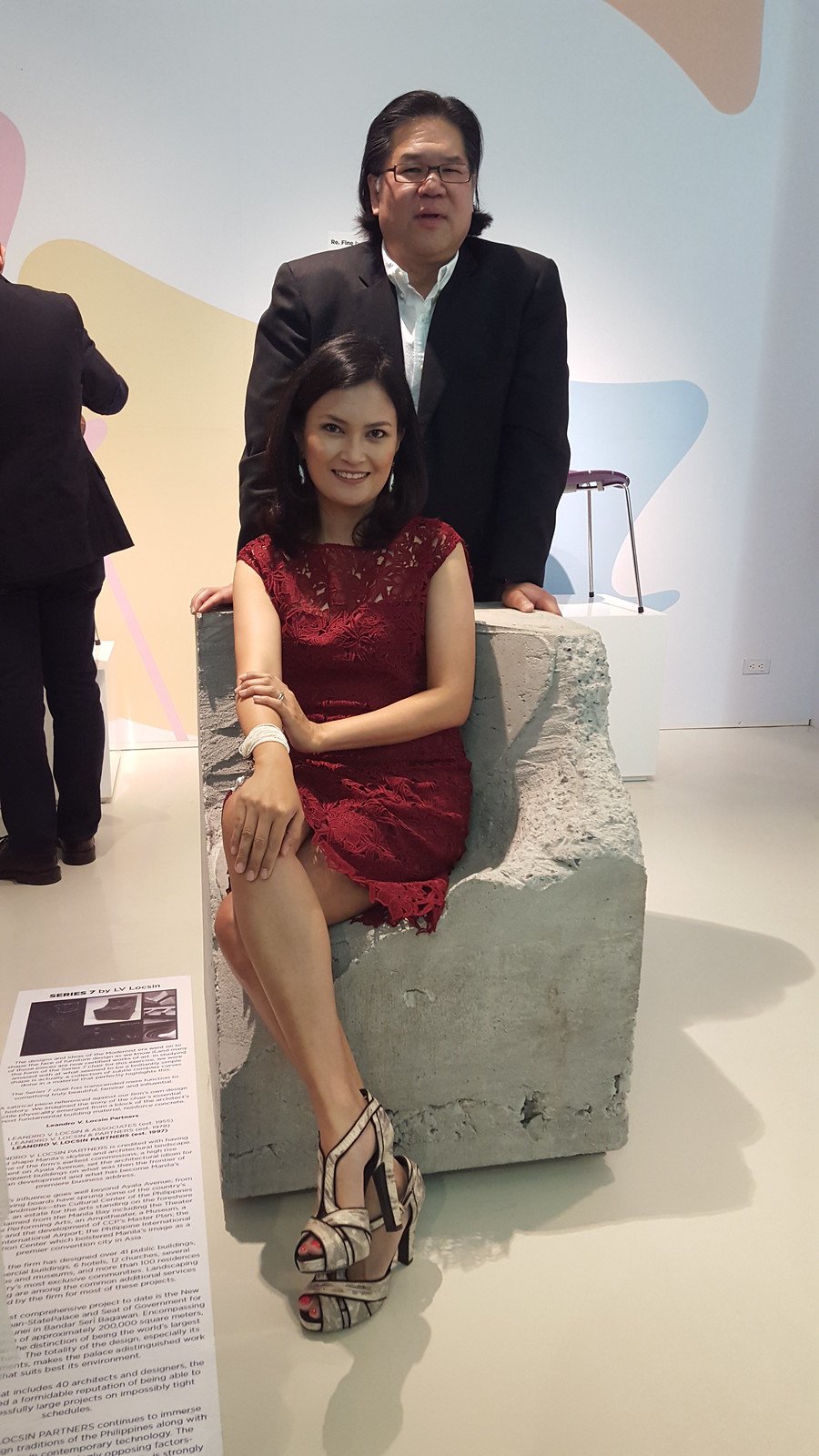 I asked Andy if I could sit on the chair. 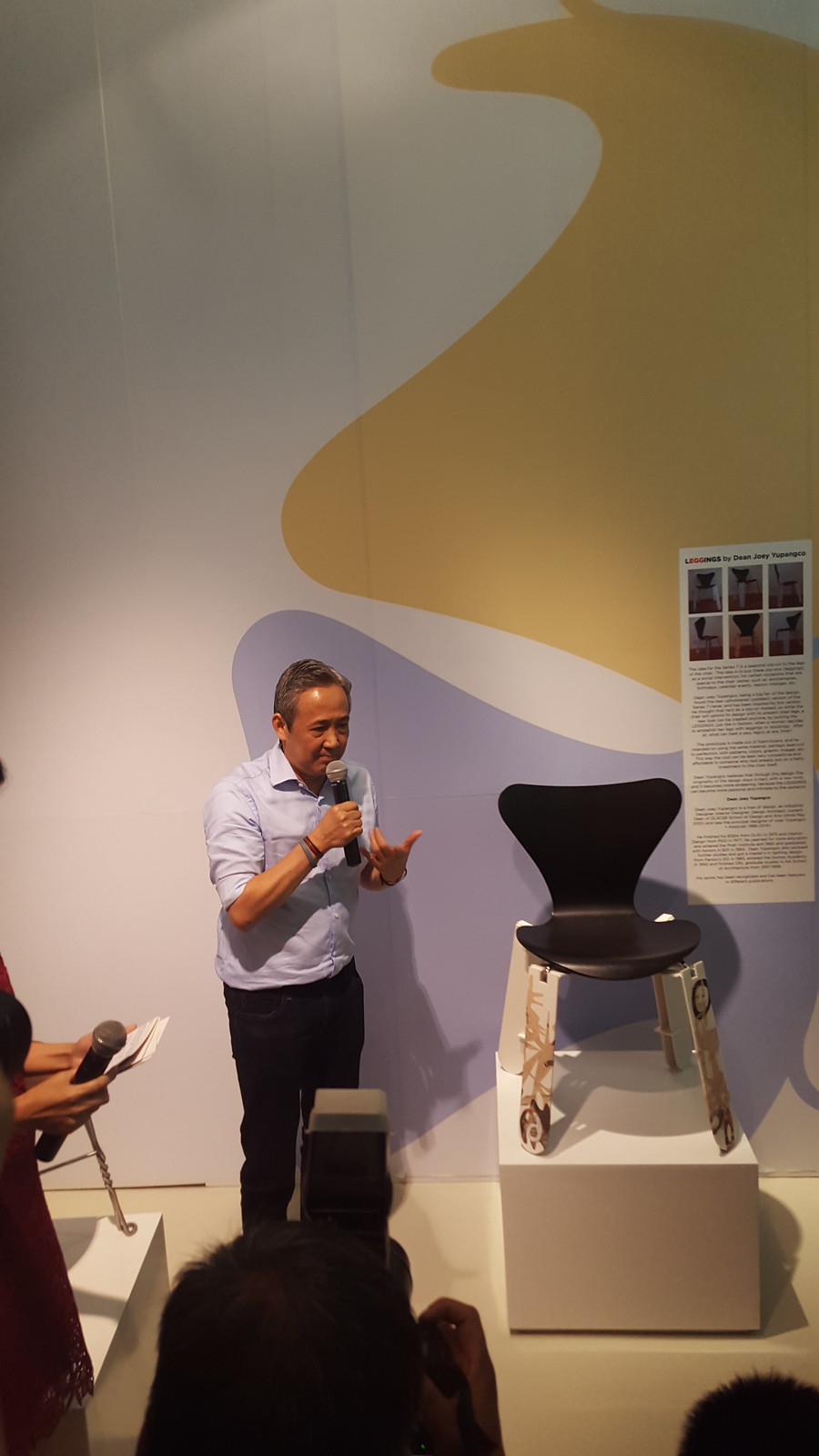 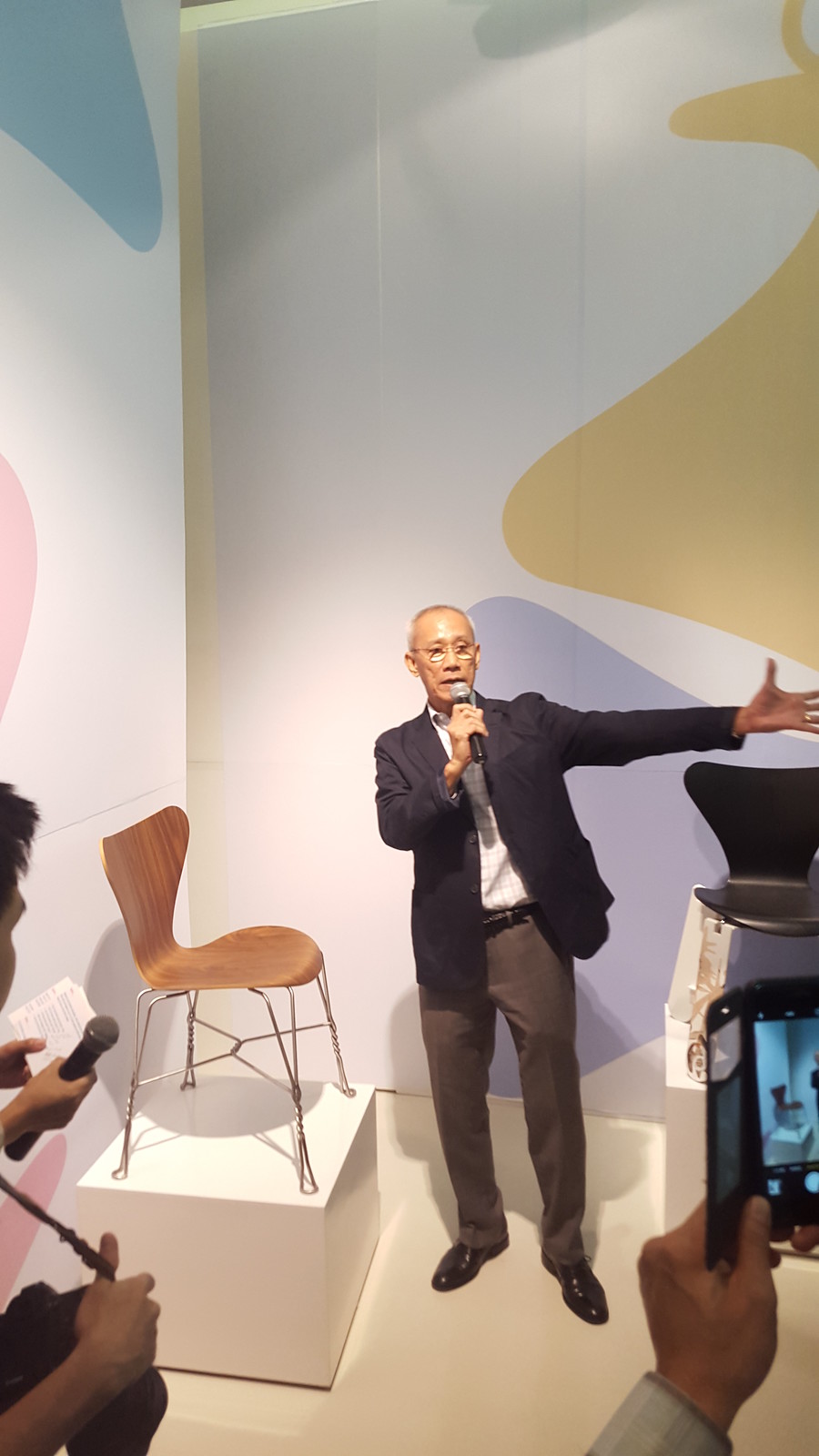 Bong Recio worked on a fusion of the Series 7 and the Filipino “batibot” chair. 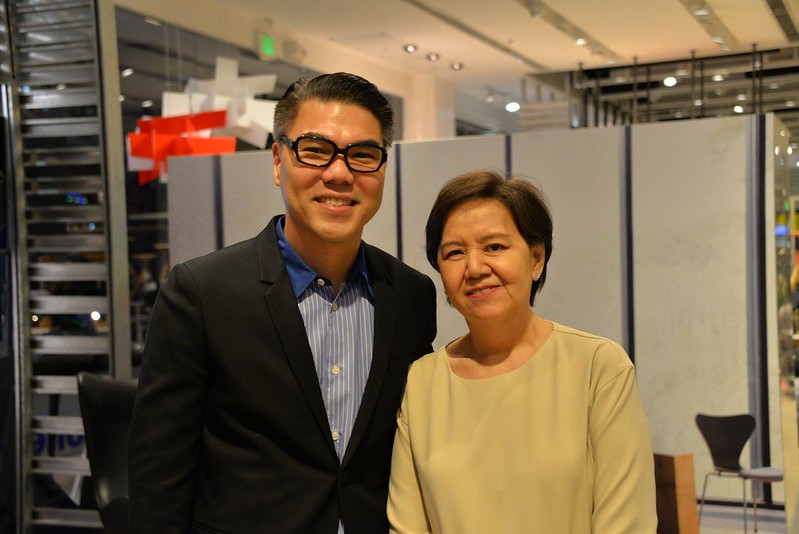 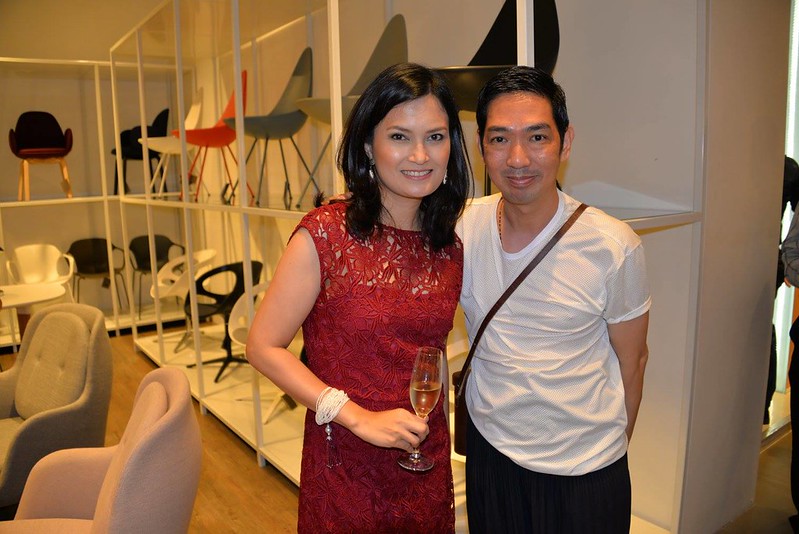 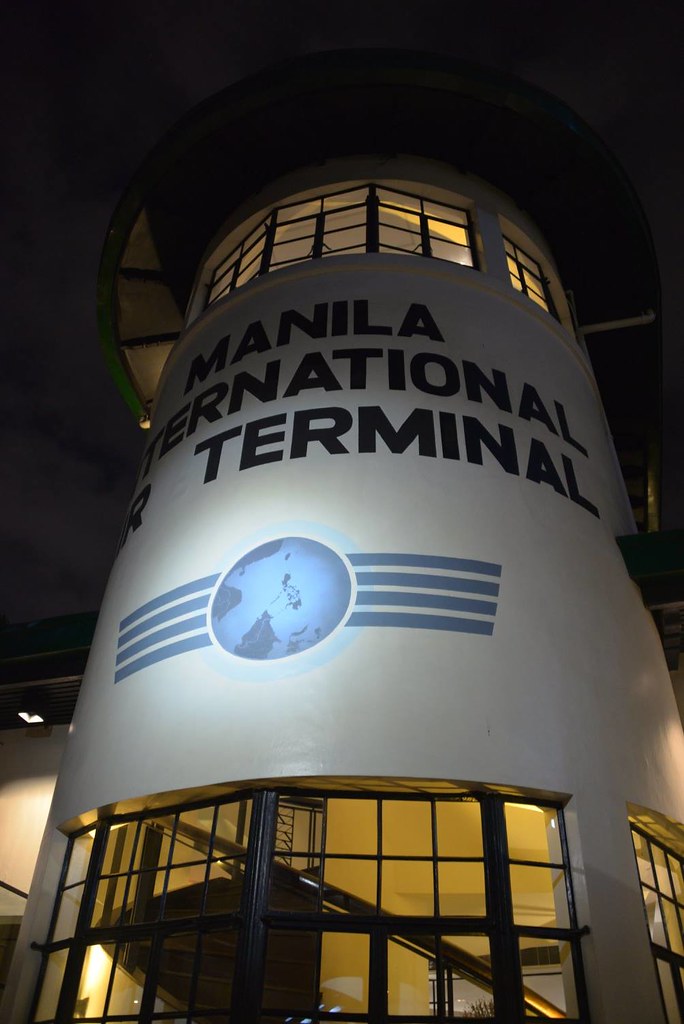 The event was followed by a lovely dinner at Blackbird Restaurant. 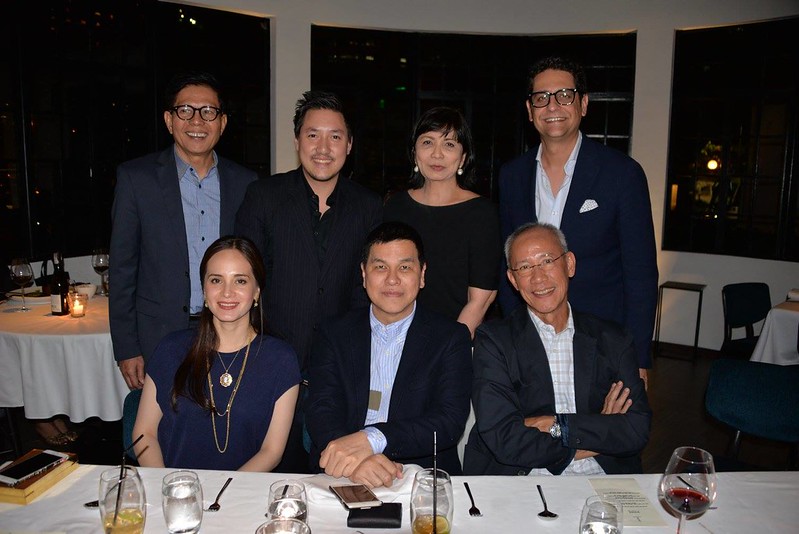 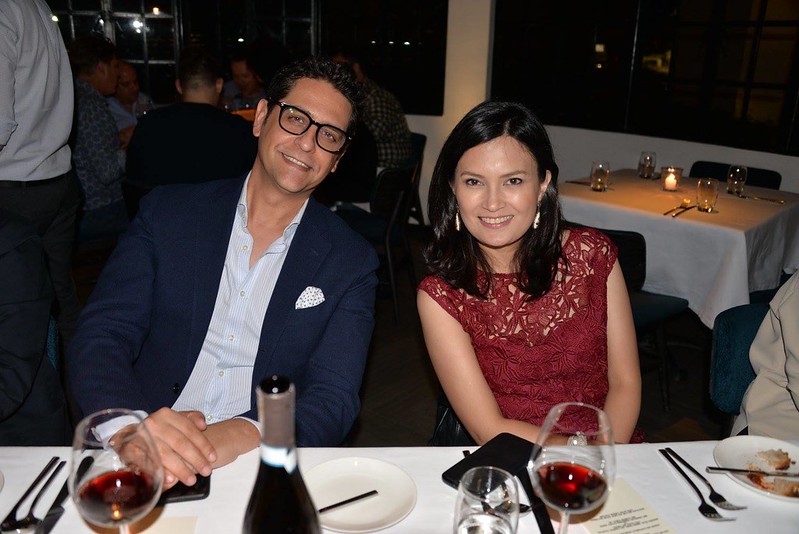 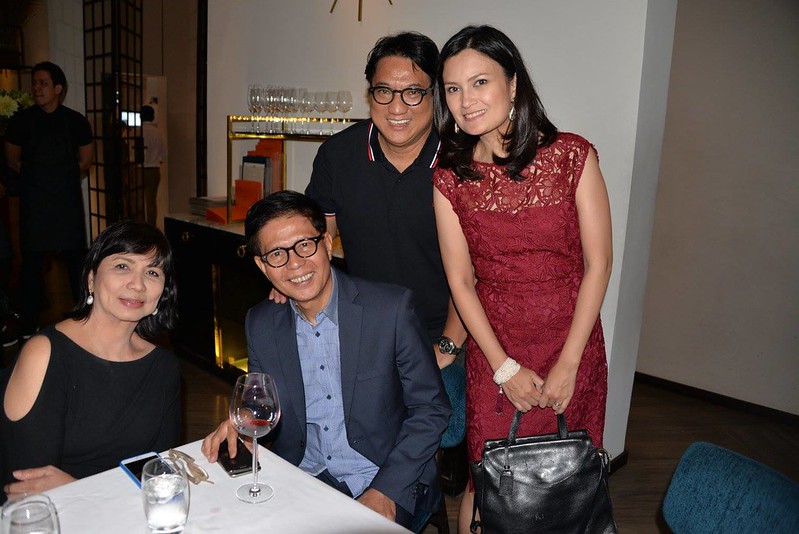 With old friend Keren Pascual and the Mananquils. 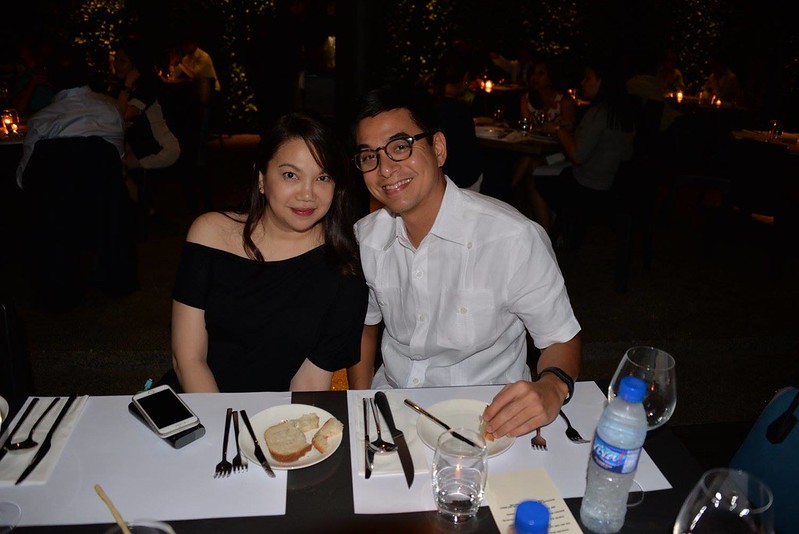 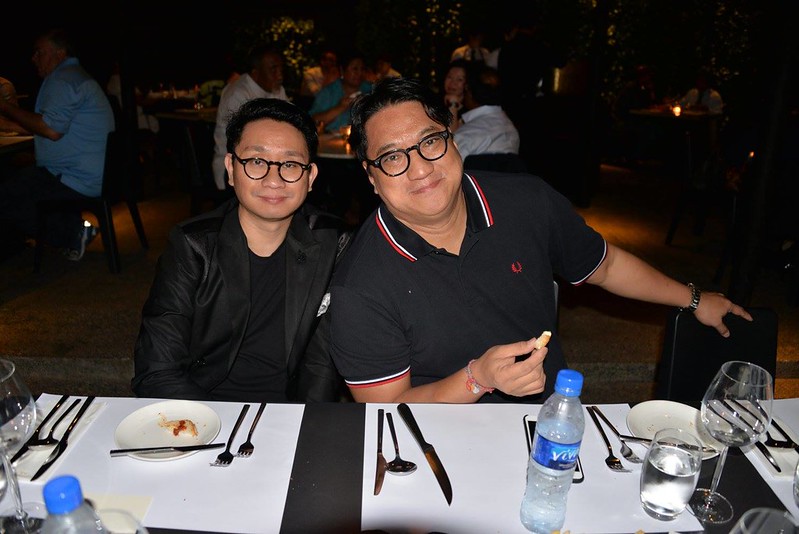 The Series 7 Project Manila exhibit runs til March 31, 2016 at Republic of Fritz Hansen in Studio Dimensione, One Parkade, BGC. Photos by Miguel Pastor.