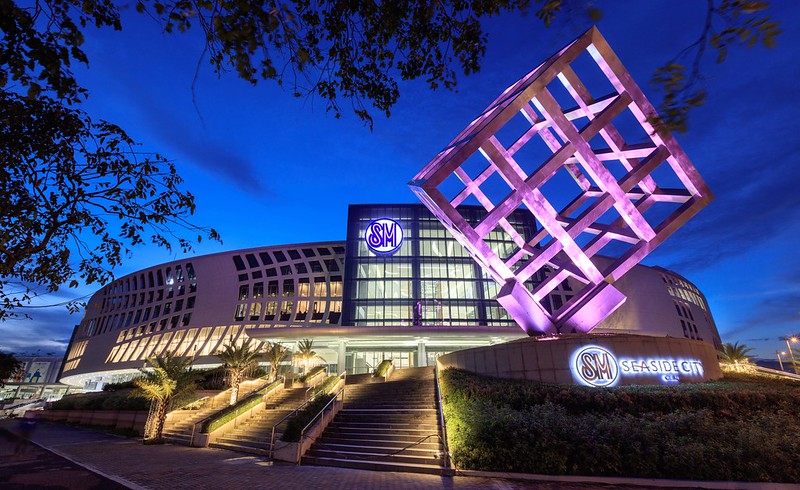 SM Seaside City Cebu. A New Lifestyle Mall Above All Else*

SM Seaside City Cebu is the newest architectural landmark that is set to become the mark of a phenomenal experience in Cebu. Inspired by a nautilus design, SM Seaside City Cebu is a visually dynamic yet functional concept, adapting the spiral shell with a pale pearly partition including a series of expanding, concentric arcs.

SM Seaside City Cebu is a state-of-the-art, environmentally sustainable urban center on the waterfront of the new South Road Properties development in Cebu, the Philippines’ second largest city and a major tourism hub in the country.

The 470,486.31 square-meter mall is SM Prime Holdings’ 56th mall and the third in the Queen City of the South, after SM City Cebu and SM City Consolacion.

SM Seaside City Cebu is one of the first developments in the master plan of SM Prime Holdings for their 30-hectare space at the South Road Properties (SRP), a prime property development project on reclaimed land located a few meters from Cebu’s central business district.

Designed by Arquitectonica, an international architecture, interior design, and planning firm from Miami Florida, the development will be a benchmark in the region, and when completed, the complex will include residential towers, hotels, a convention and exhibition center, a school, hospital, and a world-class marine theme park.
With a harmonious perspective of creating an environment, which unifies fashion, dining, Cebuano culture, leisure and entertainment, SM Seaside City Cebu is truly above all else. 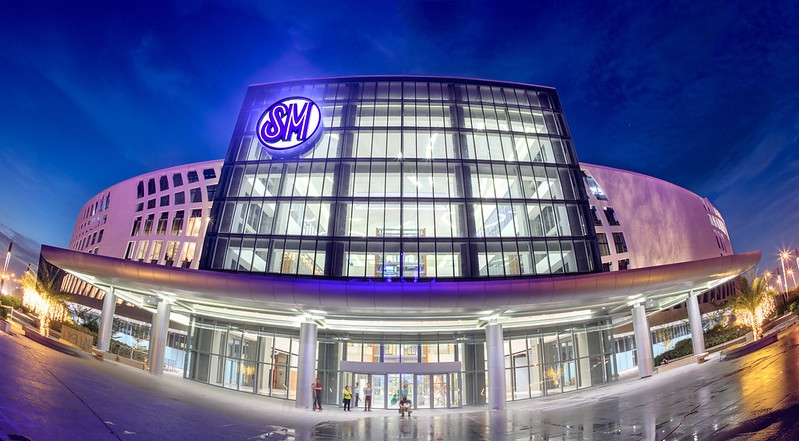 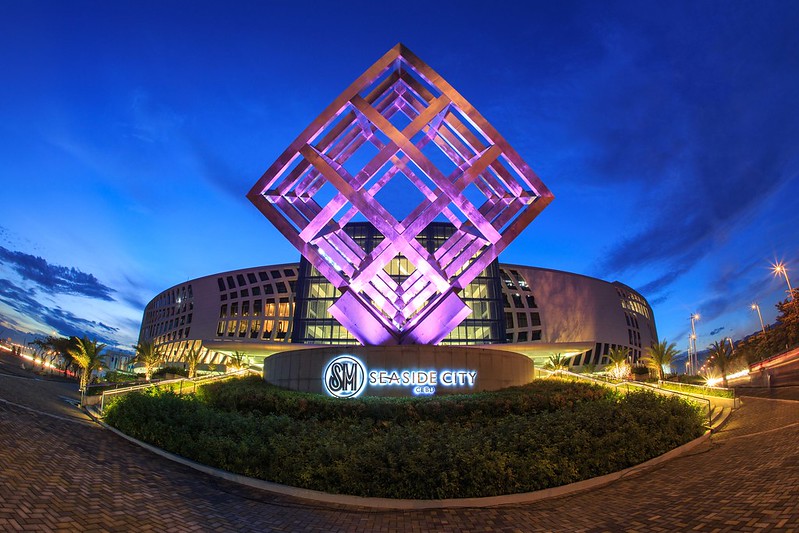 The Cube. SM Seaside City Cebu’s iconic landmark is The Cube, a stainless steel 21 by 21 meter sculptural piece that is a symbol of strength and stability. It is a tribute to the resilience of the Cebuanos in particular and the Filipino people in general.

The Skypark
This green park, with several intimate amphitheaters, will provide a welcome break from the bustle of city life, featuring diverse dining outlets situated among greenery and soothing water features. The 1500-seater Sky Hall can accommodate large functions, corporate events and concerts. A children’s park, designed by renowned Cebuano designer Kenneth Cobonpue, will delight kids and their families when completed.

Seaside Tower
Considered a focal point of SM Seaside City Cebu is a 148-meter tower, to be completed in 2016, that has a viewing deck, a bar and a restaurant with an awe-inspiring panoramic view of the city and its surroundings 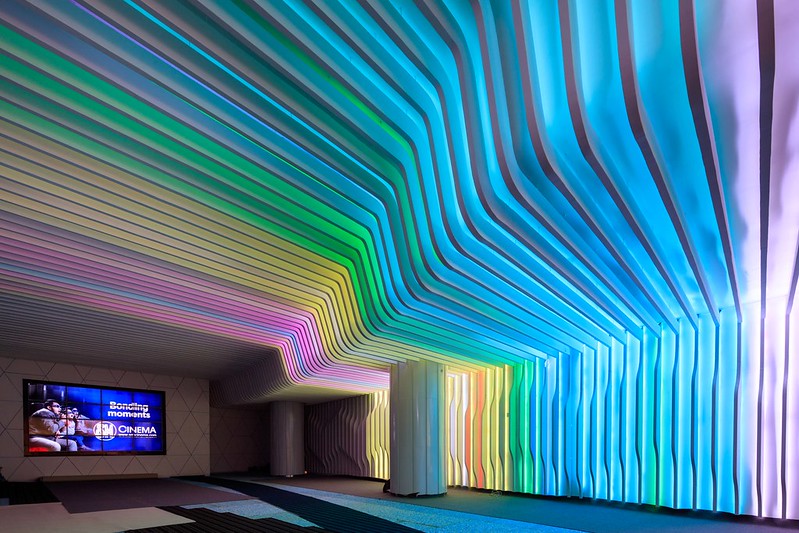 The SM Cinemas gives you the choice to watch your movies the way you want to with its newest Large Screen Cinema powered by Christie’s that has a 30% bigger screen. There are 2 Director’s Club Cinemas with the most intimate cushy recliners, a 350-seater Large Screen Cinema with state-of-the-art laser projection system and 4 regular sized cinemas with PWD-friendly features 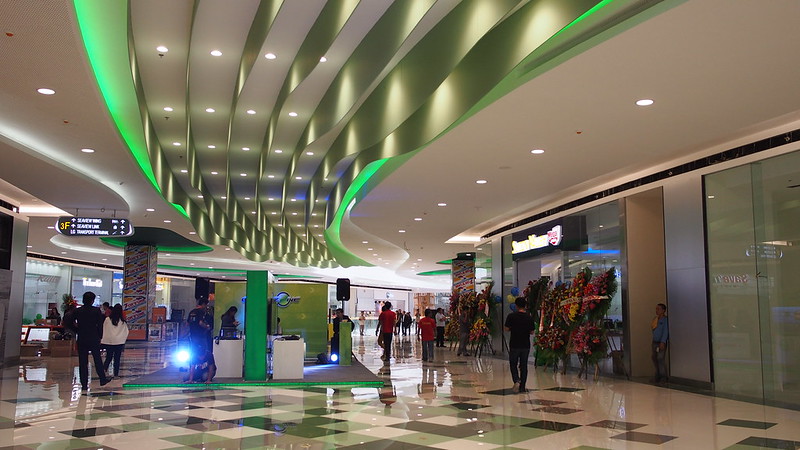 Cyberzone, the popular tech hub of the SM Supermalls open its 40th branch at SM Seaside City Cebu with a full range of shops and service centers, for the latest gadgets and electronics to suit today’s digital lifestyle. 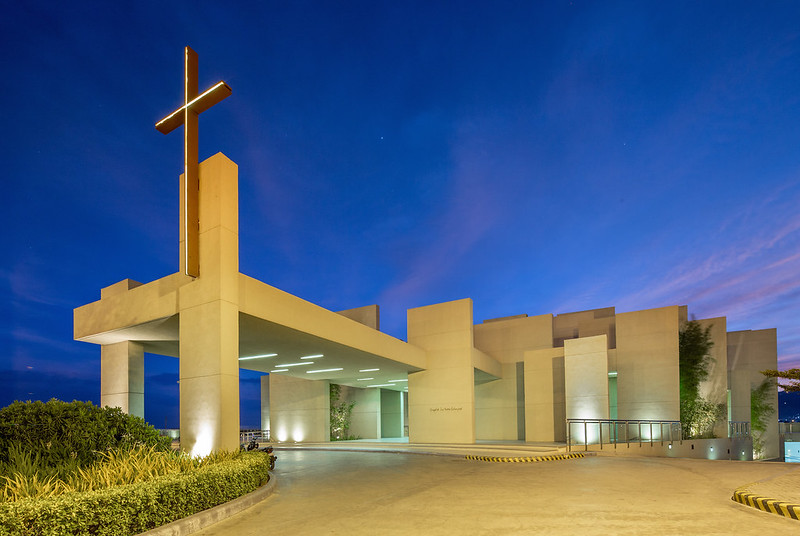 The Chapel of San Pedro Calungsod was the first structure built in the complex. This is reminiscent of Spanish times when towns were built around a Church. 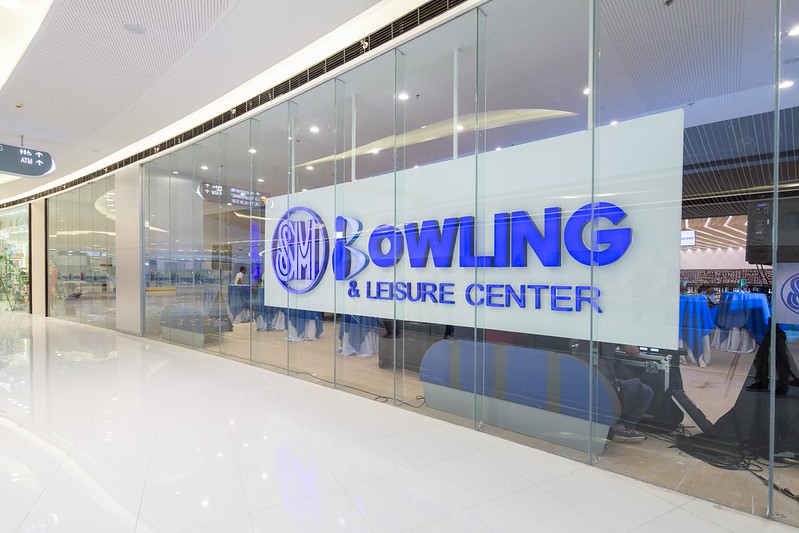 SM Seaside City Cebu will have an Olympic size ice skating rink perfect for all aspiring Olympians in Cebu and a 16-lane Bowling and Amusement Center with 3 KTV rooms, a billiards area and a snack bar. 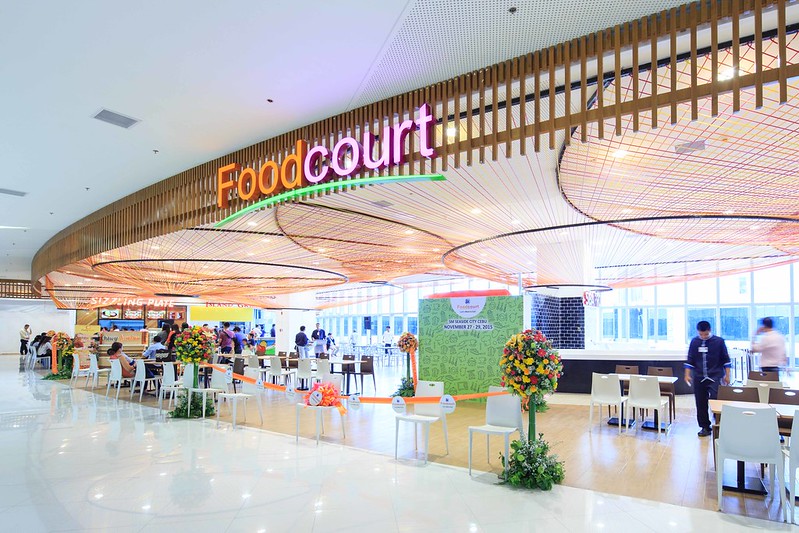 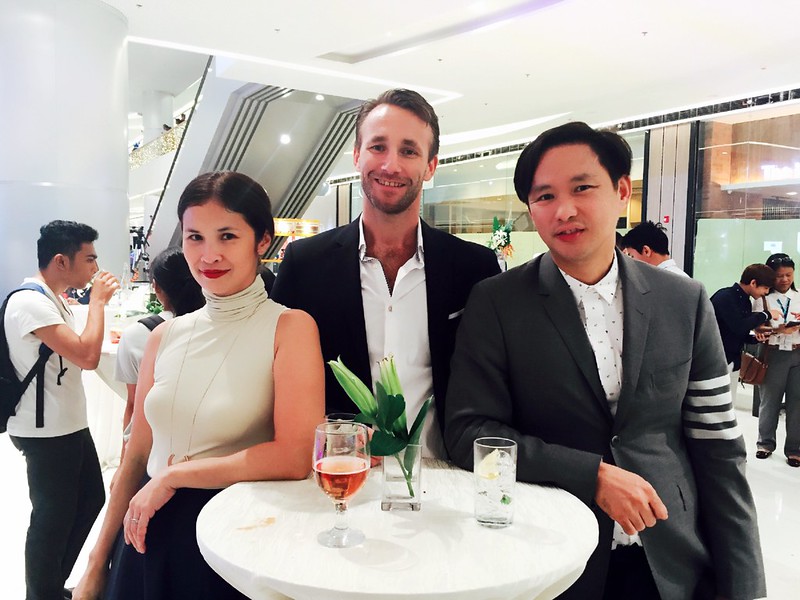 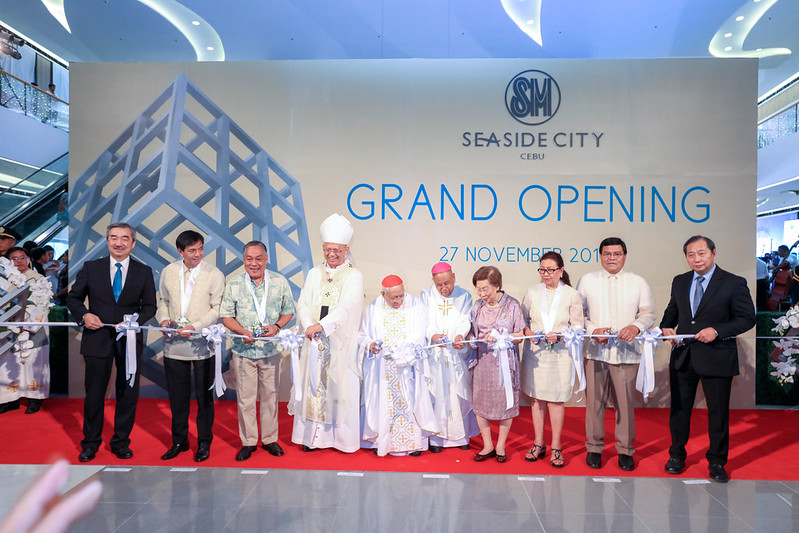 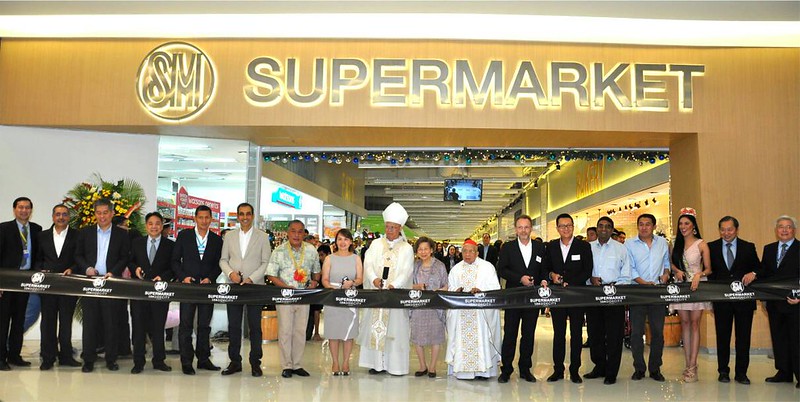 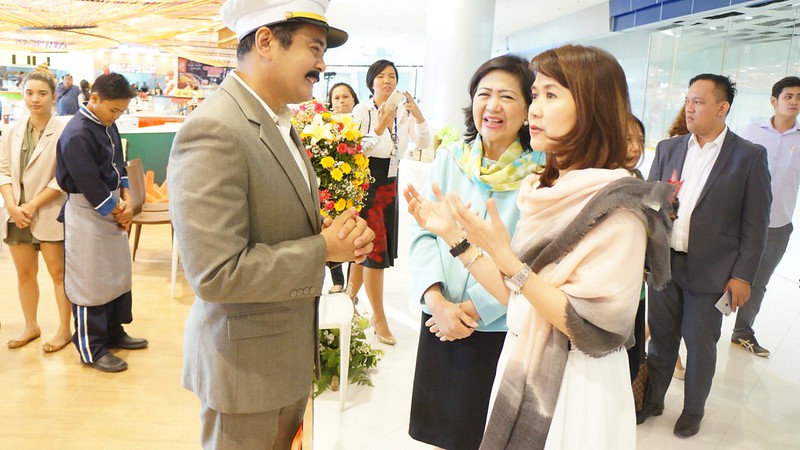 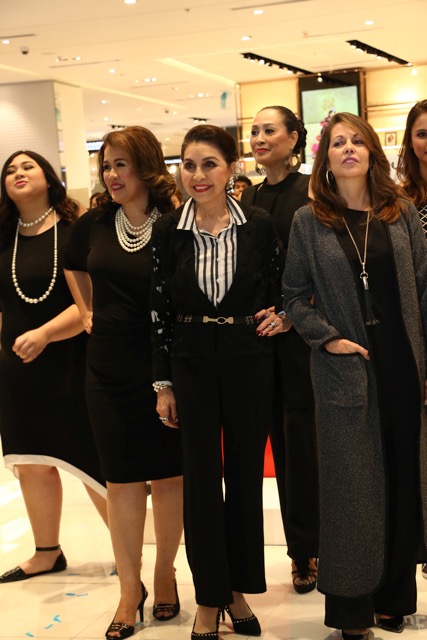 Scheduled for launch in 2017, the 1-hectare Cebu Ocean Park will be the first educational, interactive and experiential oceanarium in the VisMin region. It will feature a 360-degree tunnel aquarium, sea lions, an exotic Birds of Paradise show and a Penguin Park.