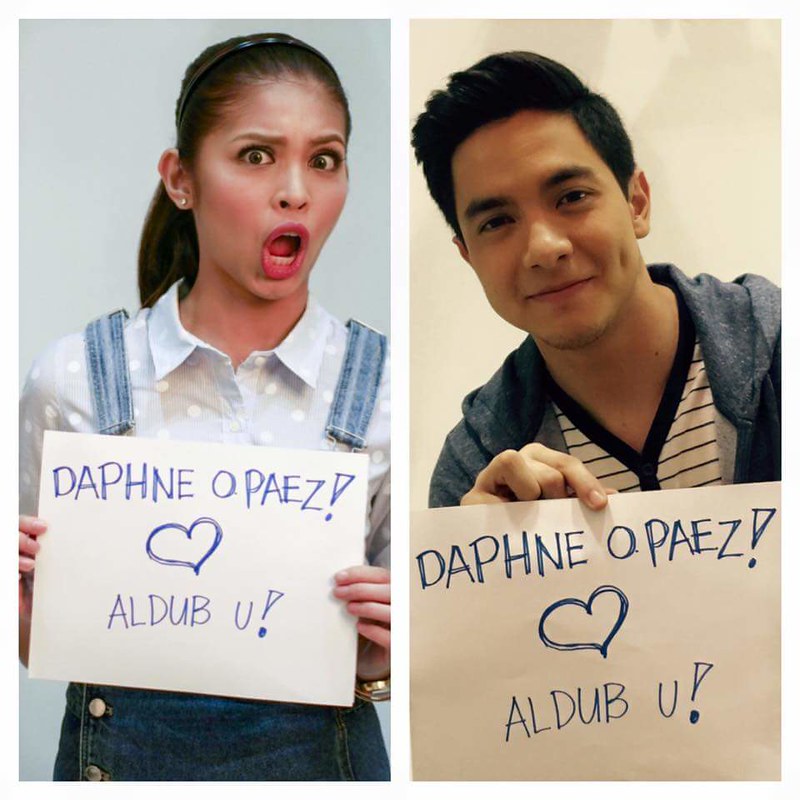 Last Friday September 11, my friend Stephanie Arambulo Dela Cruz sent me this photo thru Facebook. You should have seen and heard my reaction. Haha. I didn’t ask for it. Stephanie knew that I had been appreciating “Aldub” for a while because I’ve made a declaration in my Facebook weeks before. Stephanie worked on the first Aldub commercial (McDonald’s), and asked her talents to do me this favour. You can see that both actors were wearing what they wore in the TVC.

I posted this on my Facebook page, got a crazy reaction from fans —  got a lot of questions from people who didn’t know them yet, some mentioned that I was the reason they started watching it. It got over 5,000 likes and hundreds of shares. These numbers mean nothing now. Yesterday, after Yaya Dub’s and Alden’s first date, they broke the internet with over 11 million tweets. Eleven million.

A lot has already been written about the Aldub phenomenon. So I won’t even try to add to the analysis. When I first posted about it in my Facebook page (the day the wall came down), I received some judgement from people who expected “more” out of me. Really, ugh. I also got judged for saying that I’d never watched Eat Bulaga ever before. Seriously. Noontime shows were not allowed in our house because the noise bothered me. All that has changed now. The entire household staff and I watch together! Ok, I may have exaggerated a little. I probably watched Eat Bulaga as a kid during the 70’s. I also said I didn’t know who the Dabarkads were. Of course I knew Tito, Vic and Joey. I knew some of the hosts personally. But to tell you the truth I didn’t know the rest of the gang! I really had to google. Wally Bayola and Jose Manalo’s comedy are completely new to me. And let me tell you, I am now a huge fan! Well, apparently some were upset with me for saying I didn’t know who the Dabarkads were. But just to give some perspective, I haven’t been watching any TV shows lately. And not just Eat Bulaga. I also have never watched an episode of Showtime. I’ve never seen Game of Thrones, Homeland, House of Cards, and I only saw one season of Gossip Girl. I just got too tired that I preferred to catch up on sleep whenever I could. So there… no snobbiness behind what I said. But I must admit, I got a little upset by the reaction that I deleted that post. (Yes, I get that way.)

I think what’s evident is that this Yaya Dub and Alden phenomenon has made converts out of non-viewers. And it’s not just me. I think after this weekend, more of my FB demographic will watch. I usually catch it on the Eat Bulaga Facebook Page before going to bed. After my two-week trip to France, I found myself catching up on episodes I missed. That’s how hooked I got.

I first found out about the Kalyeserye, a segment within Eat Bulaga, where half of the hosts go on remote locations to different barangays, the day after Yaya Dub fainted (in real life during the live show). There was a bit of a debate whether her fainting spell was scripted or real. Click on that link above and you’ll see how real it was. Yaya Dub is Maine Mendoza, a graduate of College of St Benilde who did her internship in culinary arts in New York. Maine became “famous” online because of her crazy Dubsmash hits, like this one…

Alden Richards is a GMA 7 actor whom I’ve actually met twice before. First time was during the opening of Options Studio Timog (see photo below). A few weeks later, during my guest appearance at the Ryzza Mae Show, he peeked his head into the dressing room and said “Hello, po.” Yes, he said “po.” Mabait na bata, hehe. He was cute and clean and mabango. But both times, he didn’t register well enough with me to get giddy. All that has changed now. I wish I could get invited to Broadway Centrum studios again. 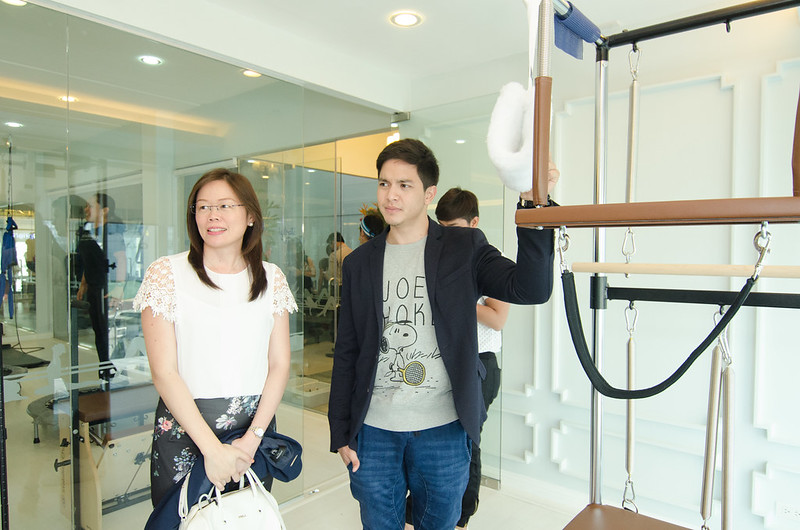 Alden Richards at the launch of Options Studio Timog.

My husband wondered why he’d see me laughing my head off. I told him, the Lola characters were hilarious. Jose dancing Mambo Number 5 gets me all the time. I also told him that I was fascinated with Maine Mendoza and how she got discovered by Eat Bulaga via You Tube. They didn’t mean to make the Kalyeserye an #Aldub love story. It was supposed to be just the same segment where they meet real people, interact with them, give them advice, give them prizes. But one day in July, a couple of weeks into the first episode, Yaya Dub was caught reacting with a “kilig” smile when she saw Alden on the monitor. The rest was pure genius. The co-hosts teased the two. The audience reacted positively. The main hosts took a back seat and allowed all this to happen naturally.

I told my husband, and declared in that now-deleted FB post, that this was revolutionary. Again, something that sparked a debate. But I knew early in August that Eat Bulaga had not only created a new genre of local TV — a live series with a bit of improv that included audience participation online and in person — but it would also cause a disruption in the TV network landscape. And we see that happening now, with how the other networks have reacted. Again, 11 million tweets, what can anyone do? It reminded me of how Tagalog-dubbed Marimar also changed the TV landscape.

While most of my FB friends were oblivious to the Aldub craze, one of my friends who is a commercial pilot, sent me this private message. He said he has noticed a change in psyche of some Filipinos he worked with. (And yes, he is the only person who calls me Mare.) 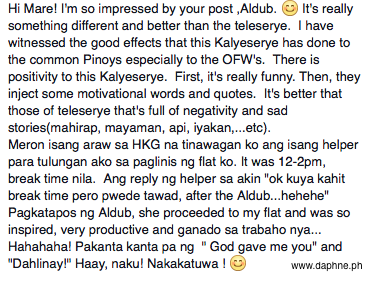 Another fascinating thing about this phenomenon, is that it has sparked so many new creations like songs and art work. Check out these amazing fan art I found online. 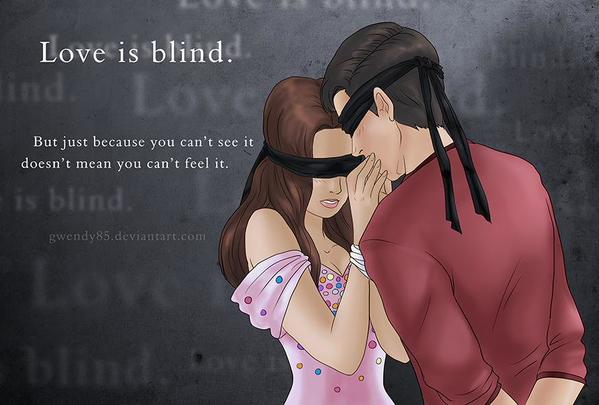 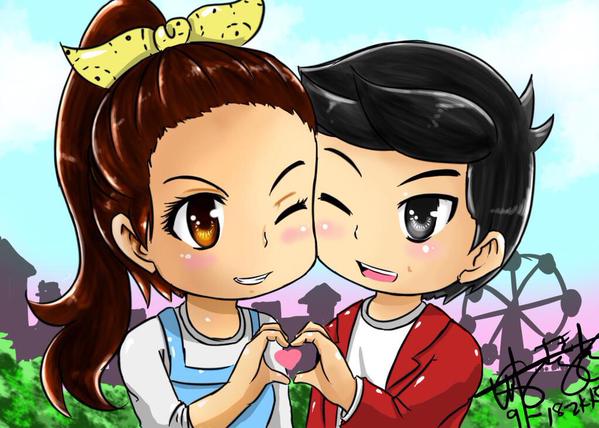 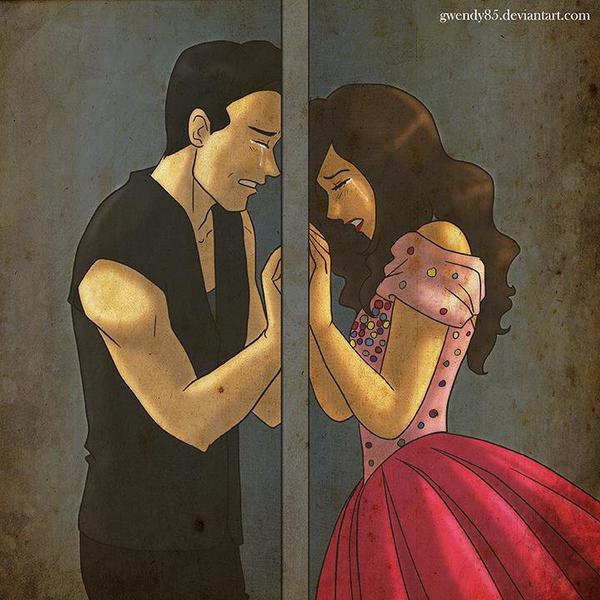 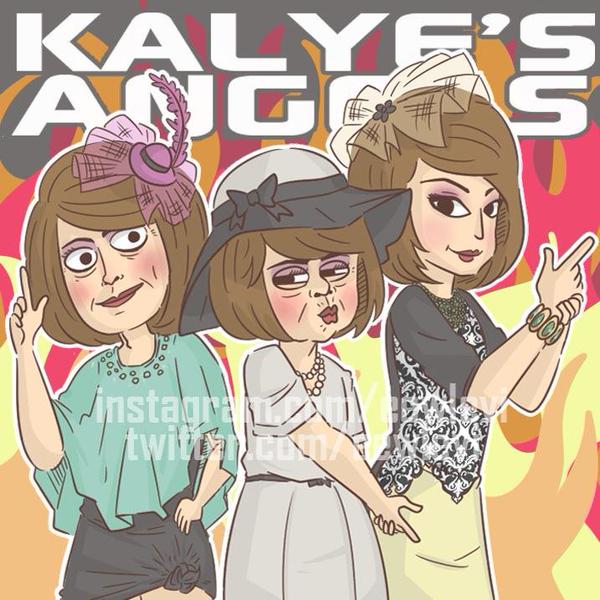 The reason why I laugh non-stop, the Lolas, played by Jose, Wally and Paolo. Art by @eewlevi 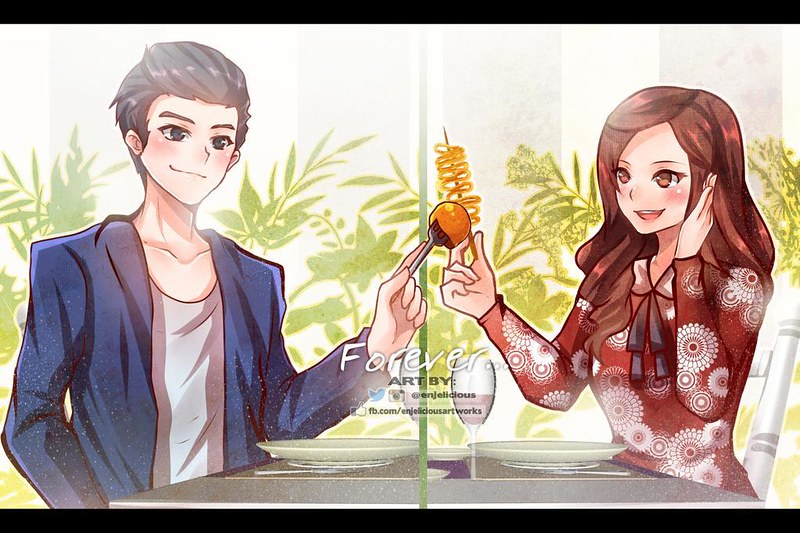 From #ALDUBMostAwaitedDAte, that pugo egg and isaw. Art by @enjelicious 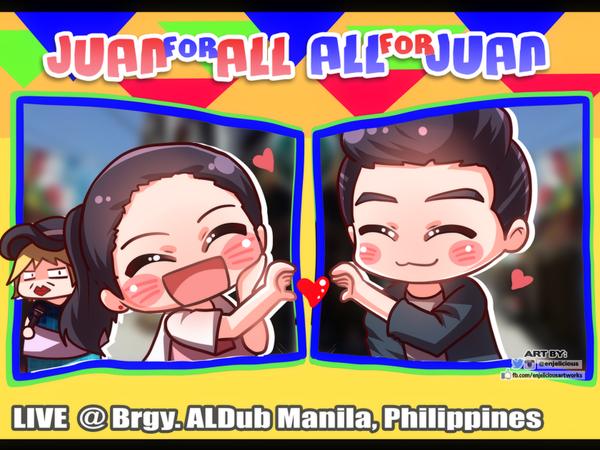 The genius use of the split screen! Art by @enjelicious 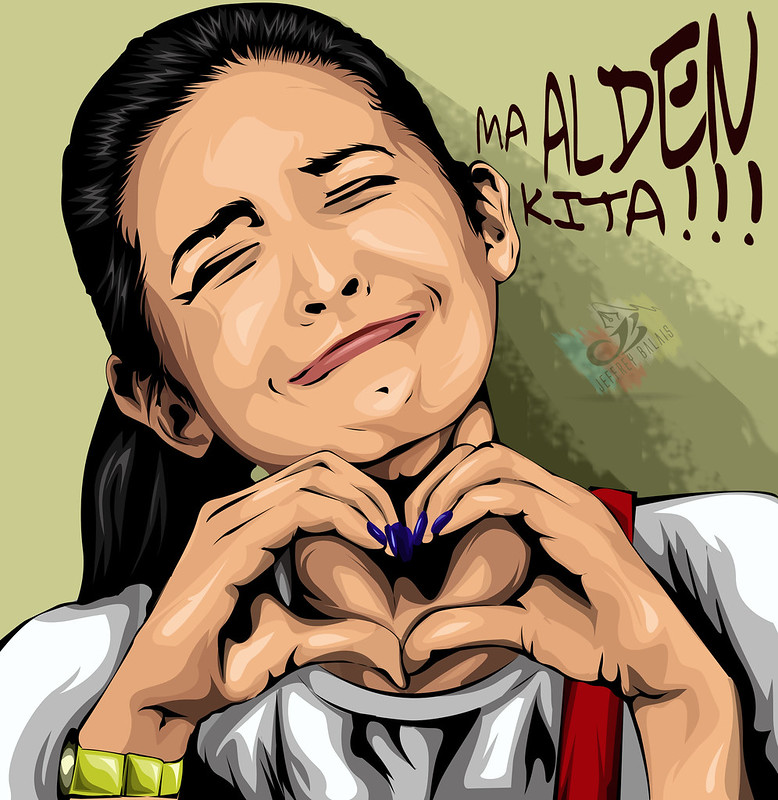 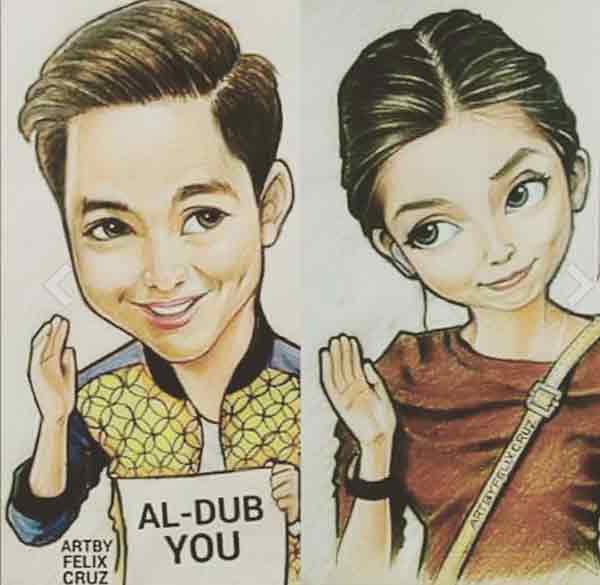