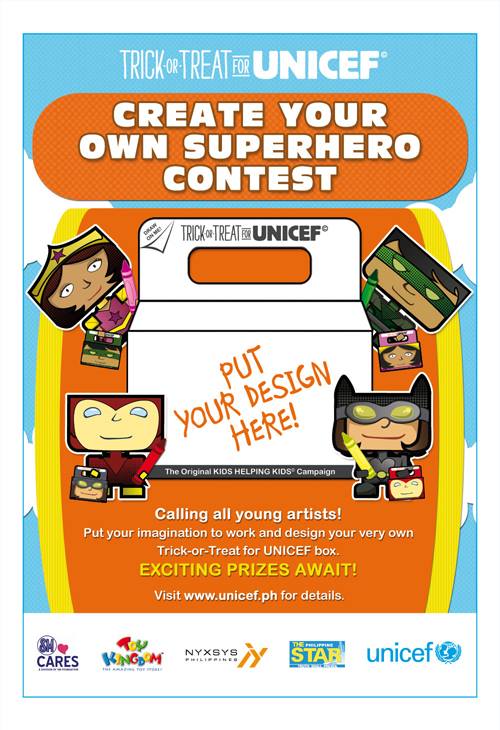 Every year at this time, I look forward to Trick or Treat for UNICEF. This is the only UNICEF activity that my kids can join me at. The other programs I do with UNICEF involve travel to areas that are under adverse conditions such as my last visit to Haiyan-affected areas in Tacloban. But the TOT for UNICEF is the perfect way to involve kids in raising funds and awareness about children’s issues. This campaign shows how everyone, even children themselves, can do their share to help kids in need. 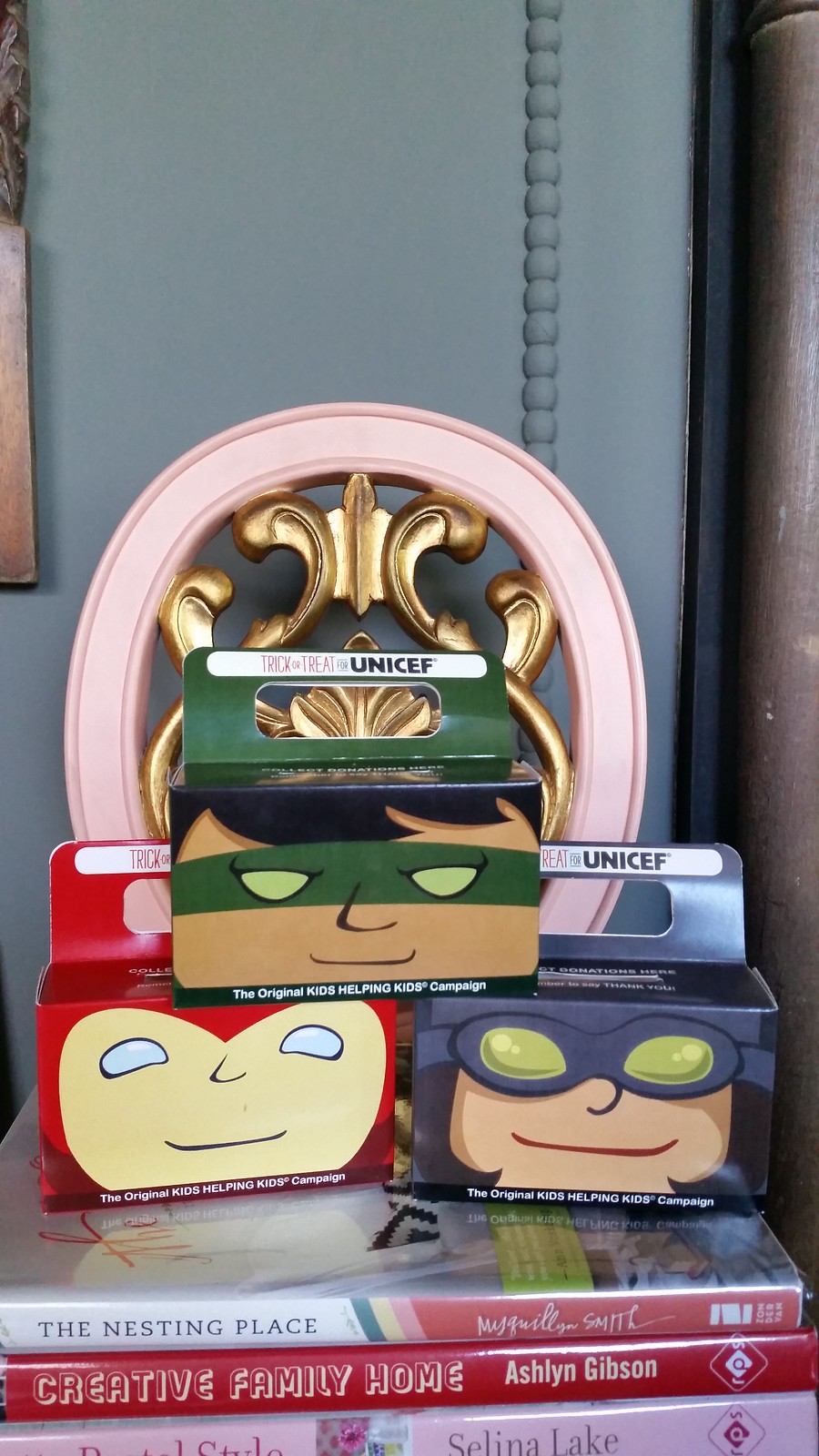 These are the Trick or Treat for UNICEF boxes of Sophia, Lily and Stella. During Halloween events, they are to bring these boxes with them so they can ask “treat givers” for some money to help raise funds for UNICEF Philippines. 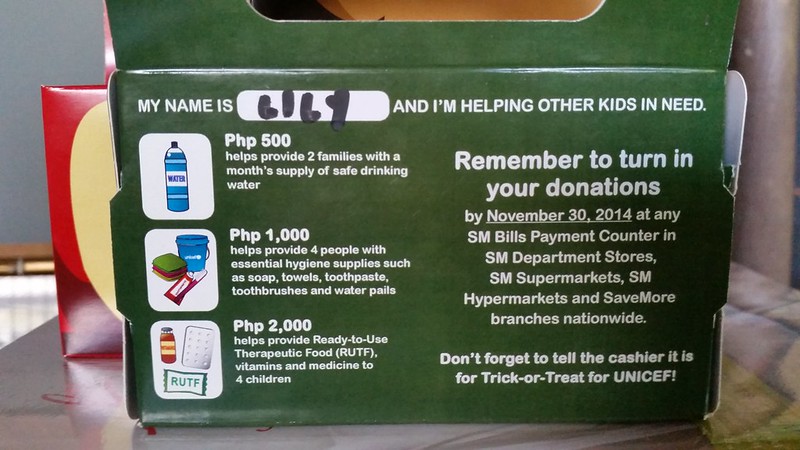 The back of the box shows how every little contribution counts and makes a big difference in children’s lives. This gives a more meaningful celebration of Halloween. Any child can join this campaign. Just go to Toy Kingdom and sign up for a box. Then after Halloween, go to the SM Payment counters listed at the back of the box and submit your donations. 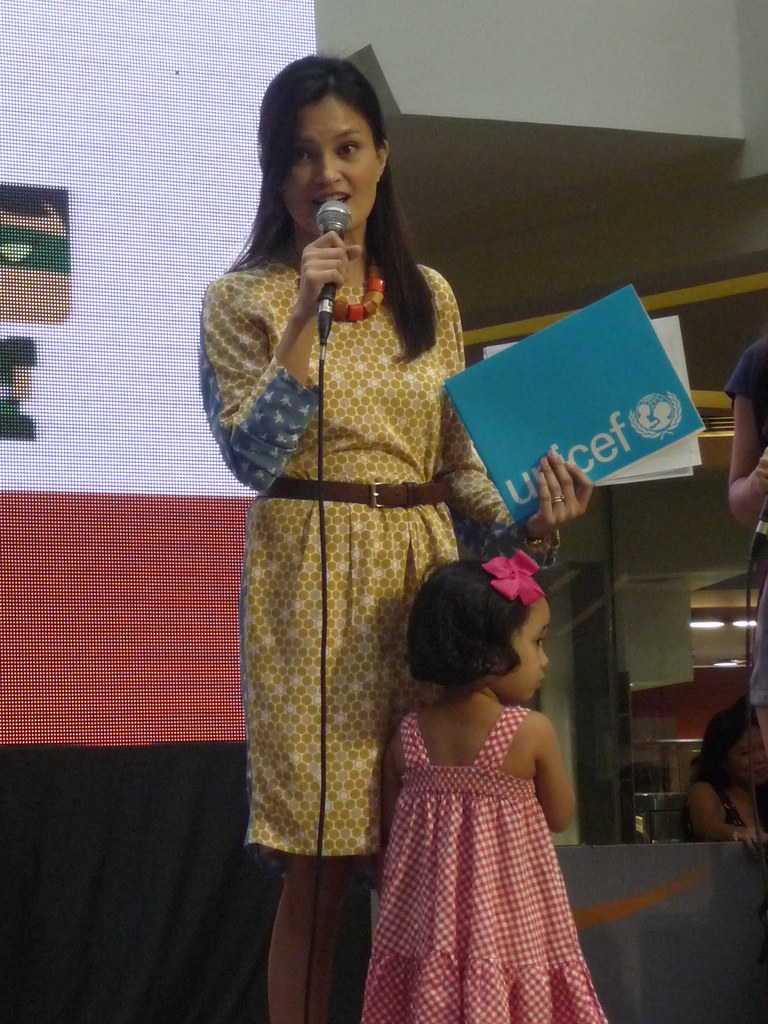 Since TOT for UNICEF was launched in the Philippines in 2012, my kids have been looking forward to participating.  This was when Stella was just three years old (back in 2012). She never wanted to see me go, so she came with me on stage. 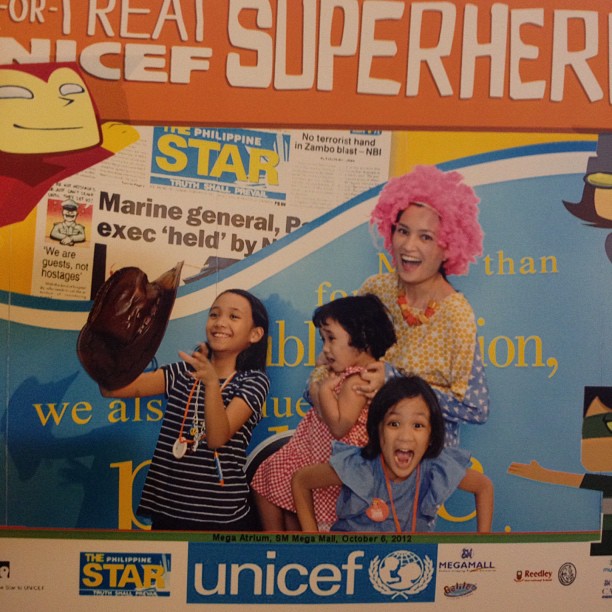 Also from 2012, the kids and I were taking Photo Booth pictures when the winners of the art contest were announced. This was the moment Lily heard her name! Haha. 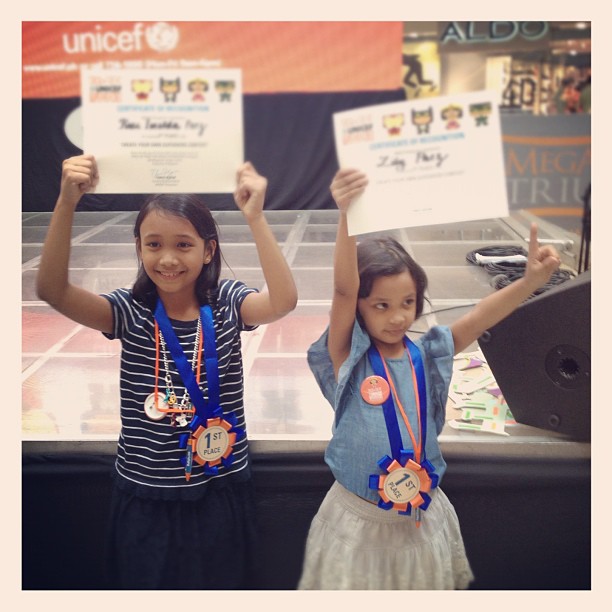 Both Sophia and Lily won 1st place during the art contest. Each child was asked to draw a super hero and explain its powers.  Photo from 2012. 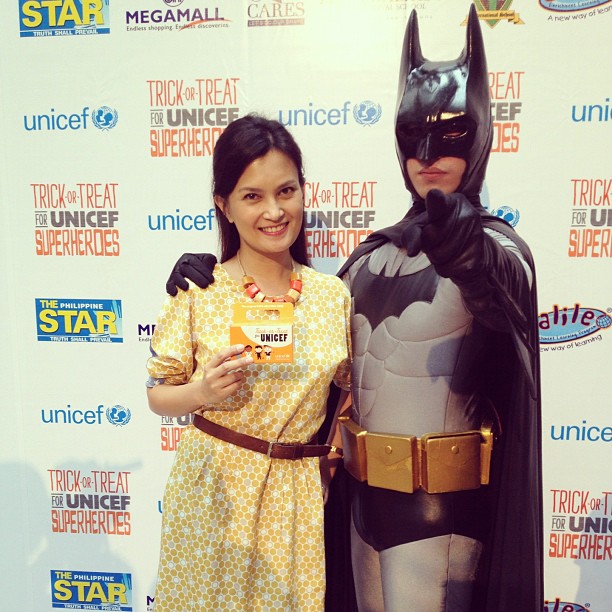 The Kid Superheroes theme symbolizes Youth Empowerment. It sends a message to kids that they can be superheroes for other children in need. Trick-or-Treat for UNICEF empowers kids to help others in a fun and creative way. Photo from 2012 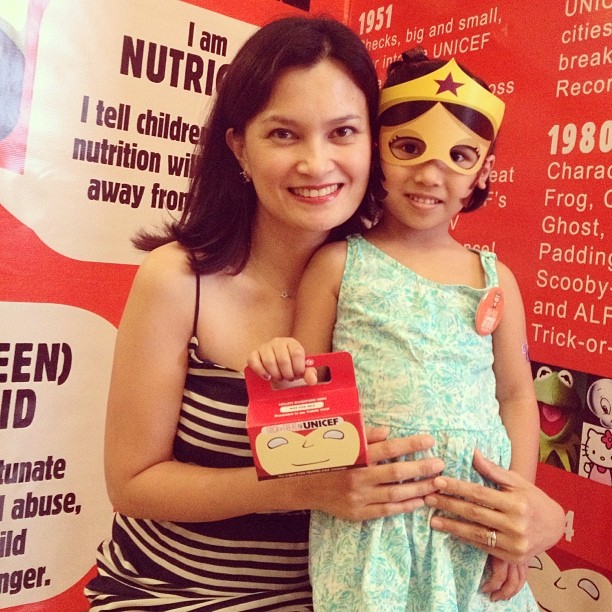 The following year, in 2013, my girls participated again. Here’s Stella, still glued to me. 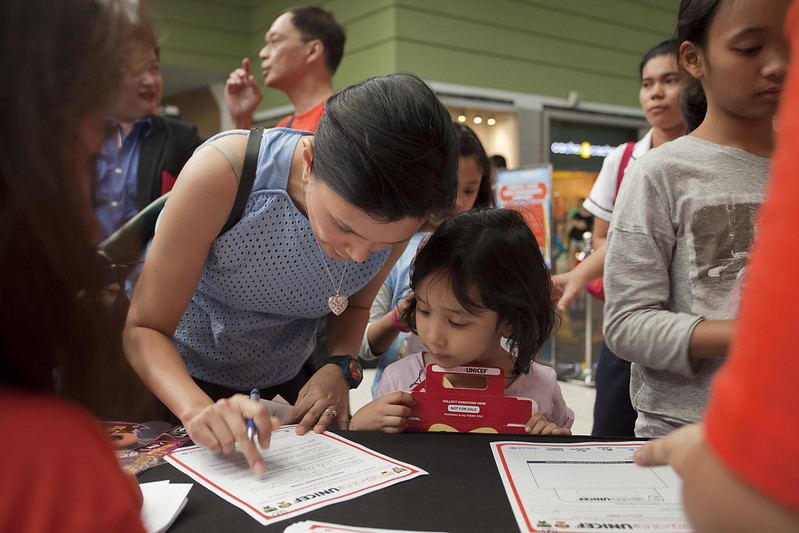 This year, we are all out in supporting TOT for UNICEF again. The kids did the whole 9 yards – art contest, commitment board, signing up for the boxes.  Stella, now 5, was able to assemble her own box. She’s taking charge of her TOT for UNICEF box as she goes trick or treating this weekend. 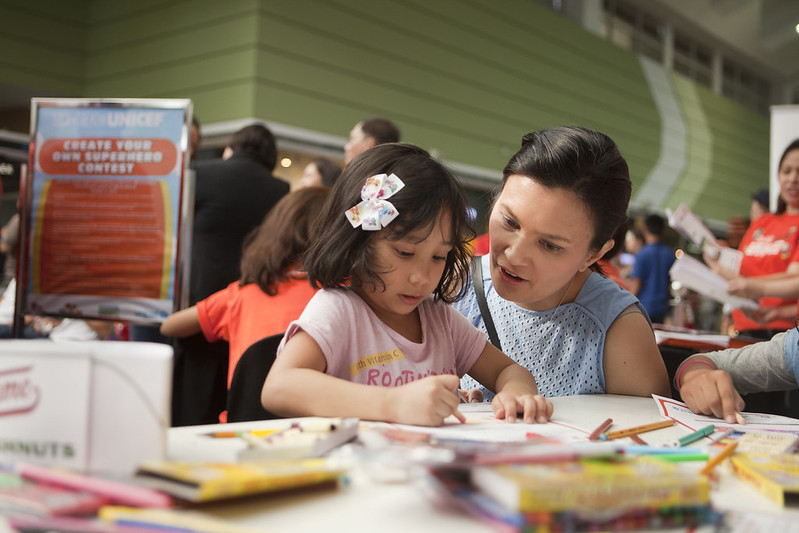 All three daughters — all writers and artists — loved this part of the program. You can actually still join the online art contest here. 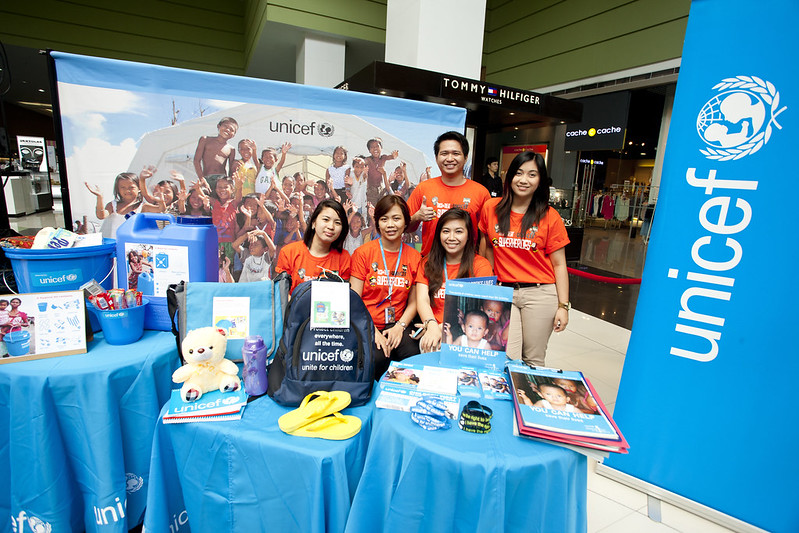 This year’s Trick-or-Treat focuses on emergency preparedness since the Philippines is one of the most high-risk countries in the world for experiencing natural disasters like typhoons, floods, earthquakes, and volcanic eruptions. 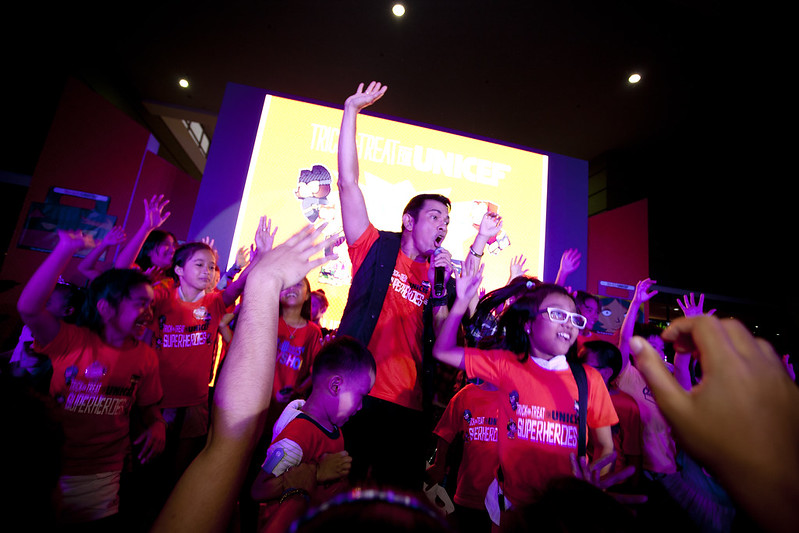 UNICEF Philippines National Ambassador Gary Valenciano performed in front of a crowd during the launch of the annual UNICEF Trick or Treat Event at the SM Southmall foodstreet, October 4, 2014. Photo UNICEF/Jeric Cruz 2014 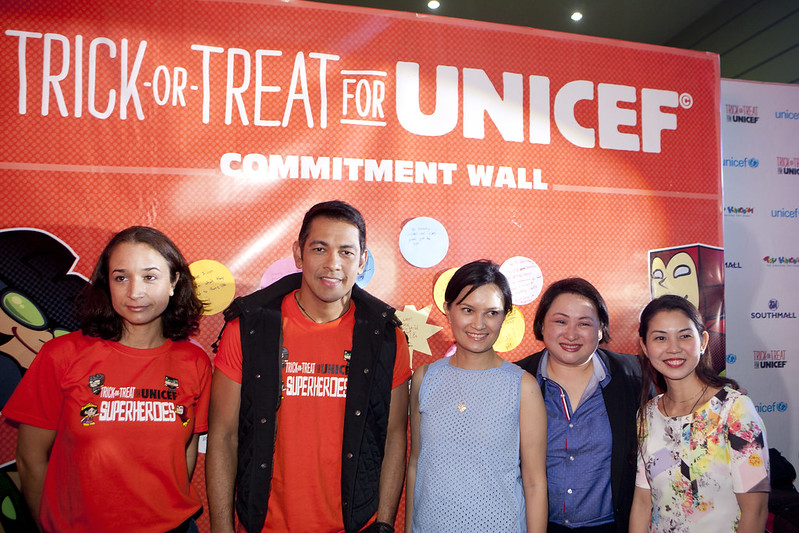 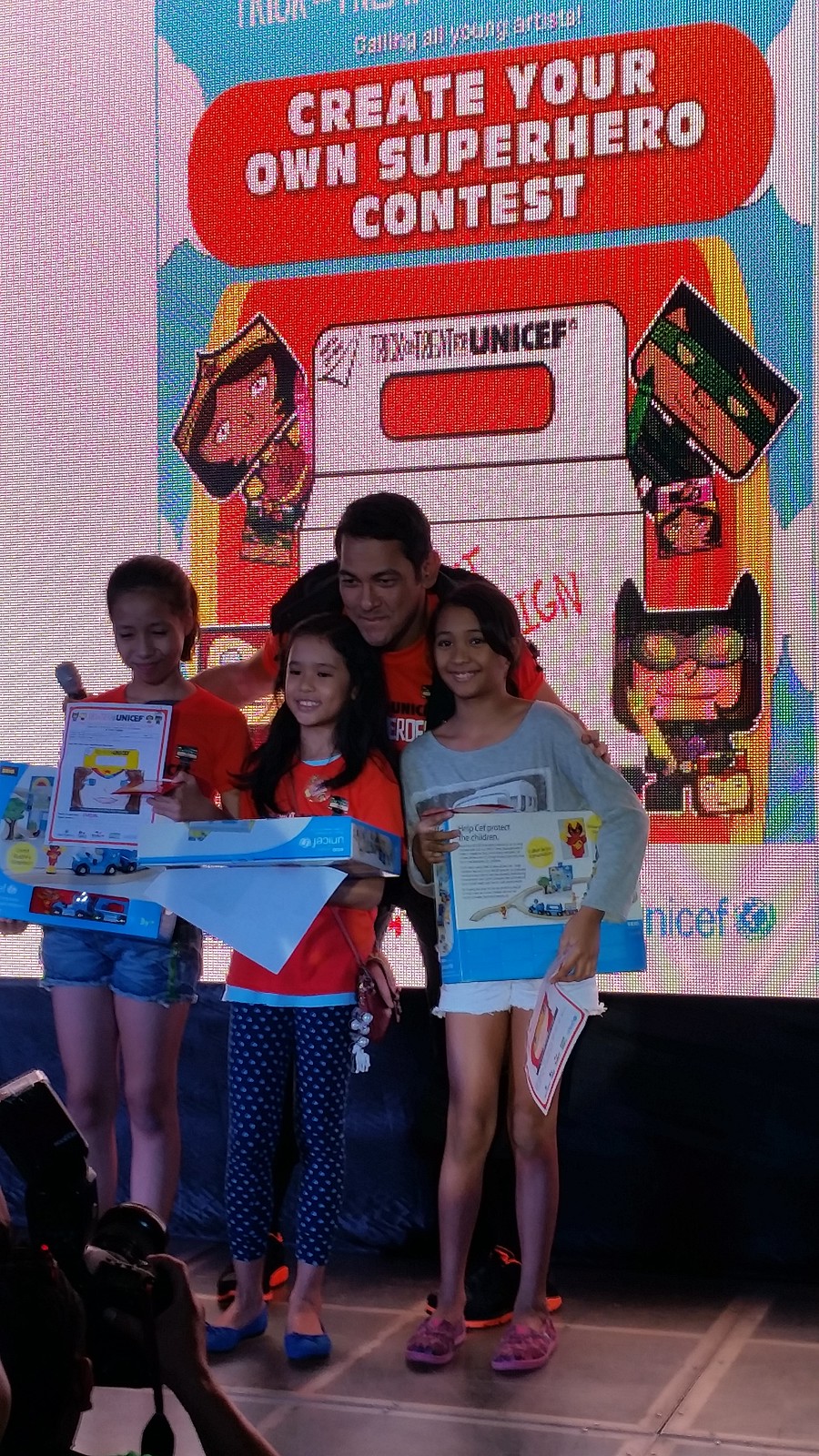 And my darling Sophia won again — first place! (I was not involved in the judging. I don’t know who the judges were.) 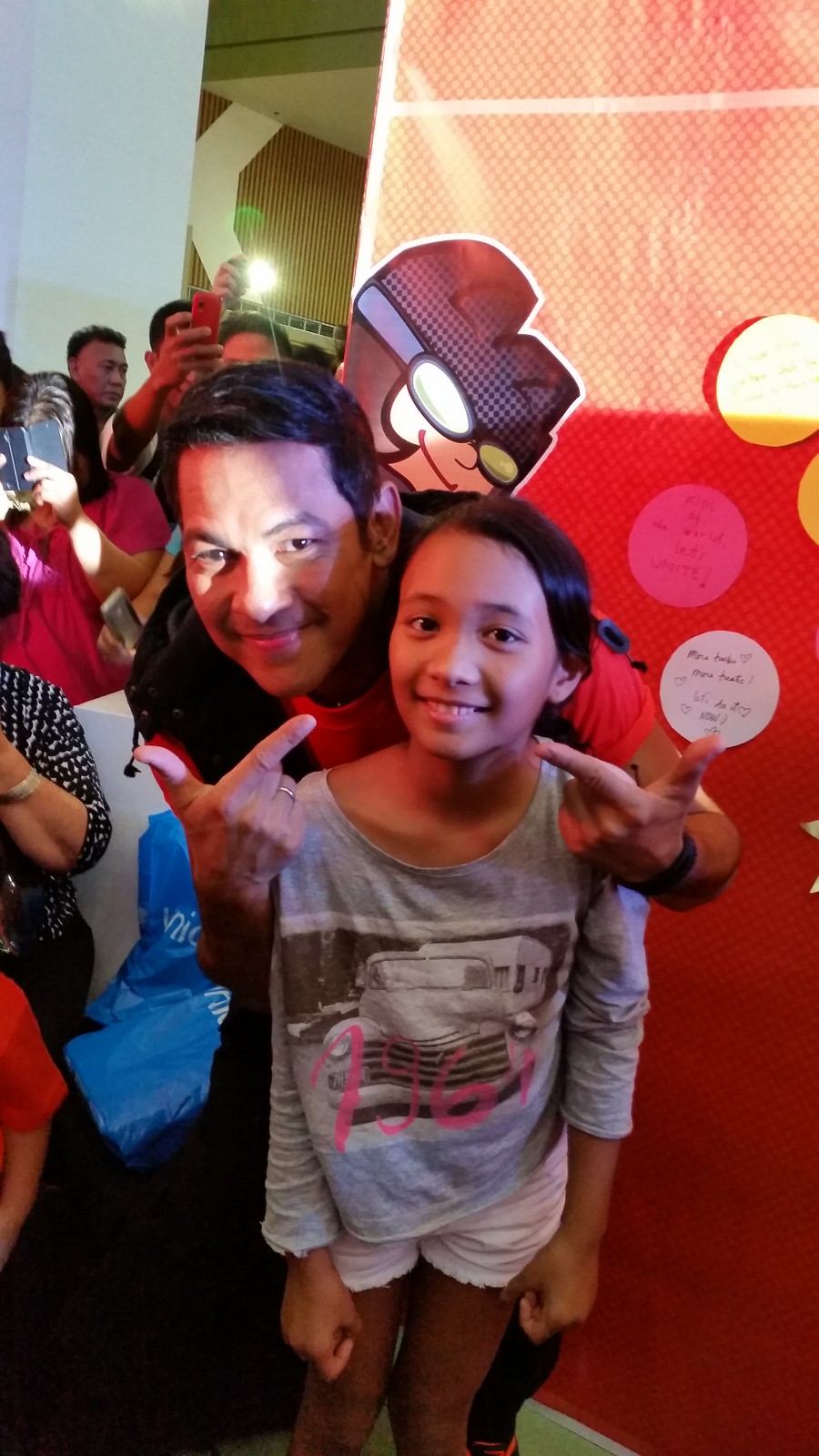 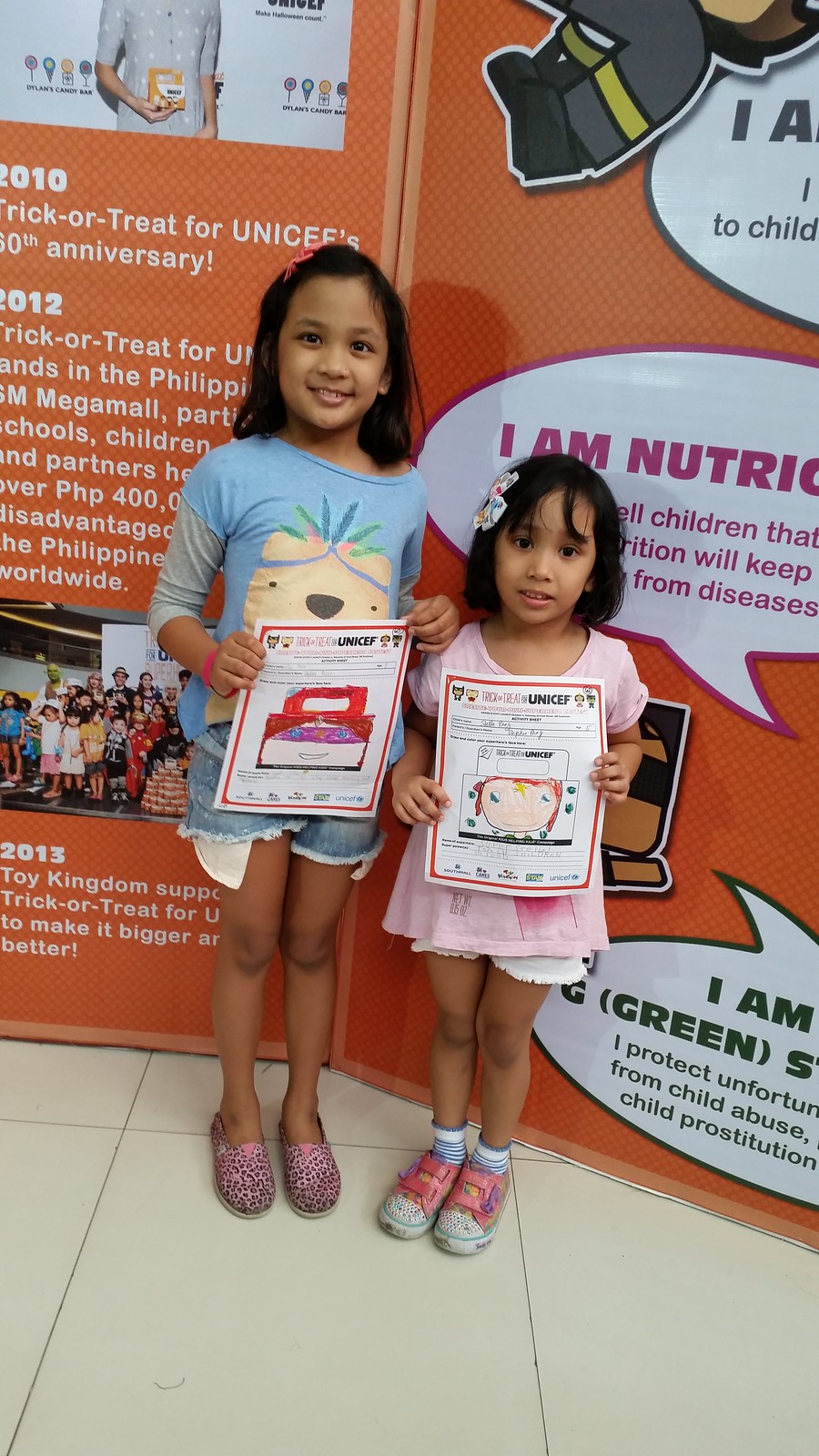 Lily and Stella, showing their art work. It was good for them to see the kind of work UNICEF does for kids around the world. UNICEF relies entirely on voluntary donations to fund its work for children in the Philippines and worldwide. And now kids can join in giving back. 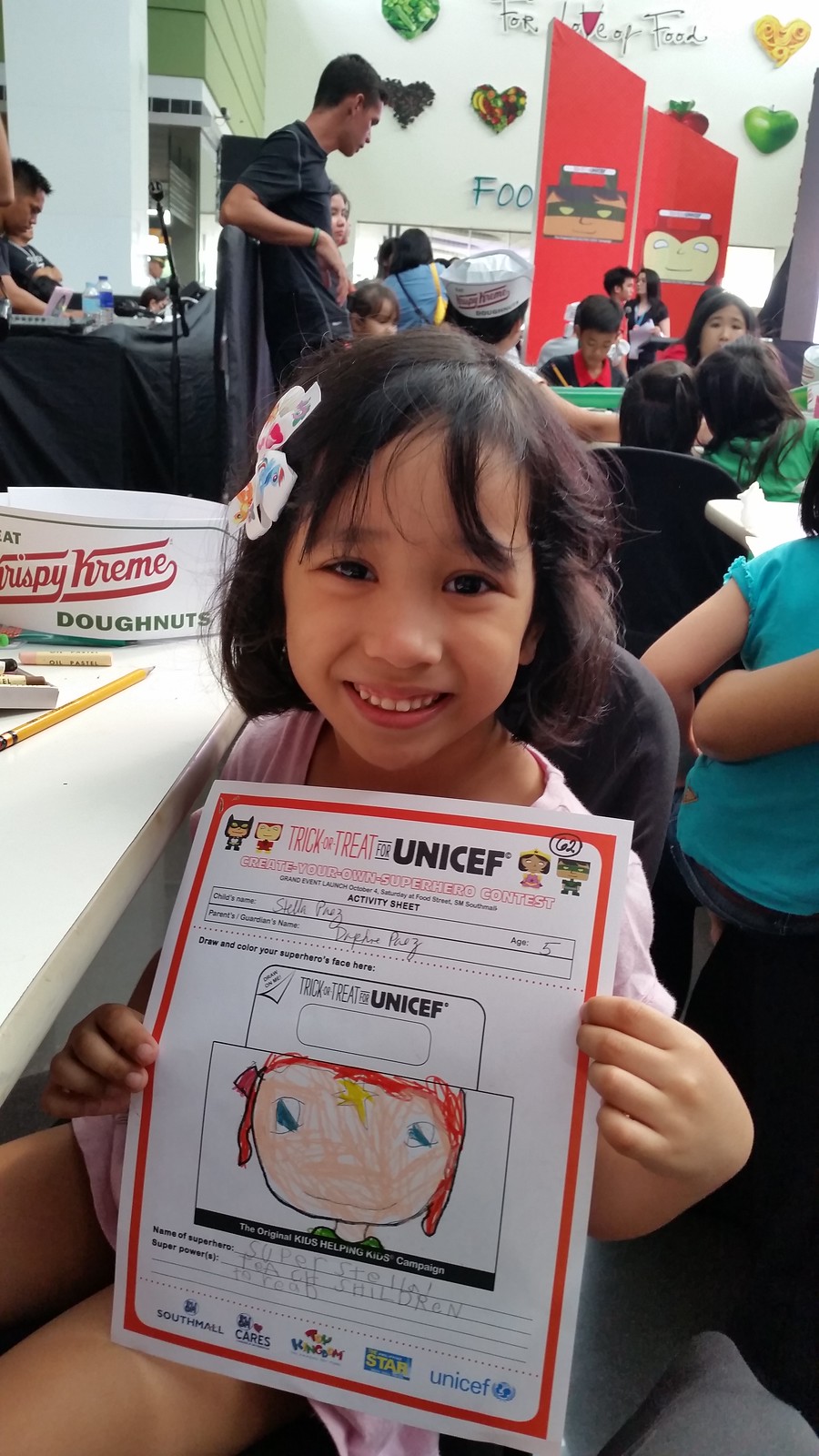 Stella’s superhero is “Super Stella” and she has the power to teach all children how to read.

For more information on TOT for UNICEF, go to www.unicef.ph or visit their Facebook page here.